Members of Congress asked their leadership for personal security guards in wake of the January 6 riot at the US Capitol, despite many partaking in the yearlong 'defund the police' movement. 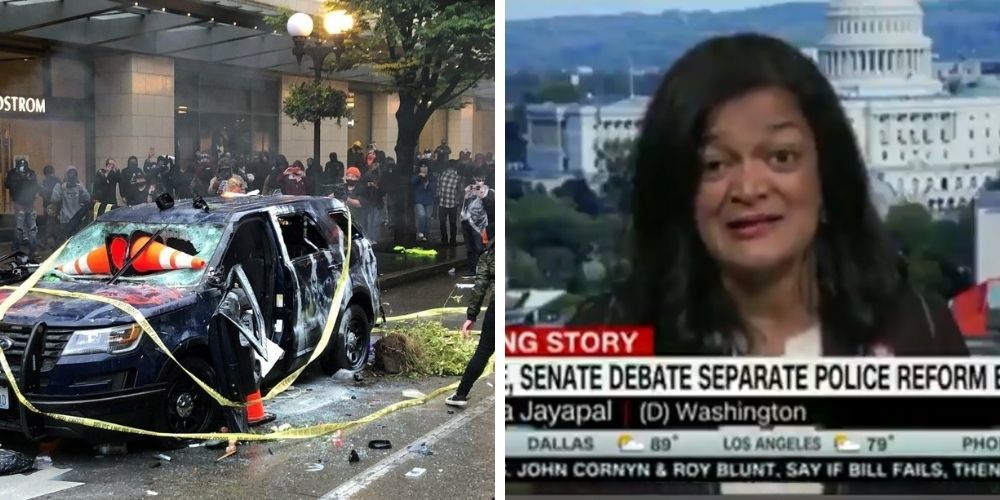 Members of Congress asked their leadership for personal security guards in wake of the January 6 riot at the US Capitol, despite many partaking in the yearlong 'defund the police' movement.

Thirty-two house members consider themselves 'targets' which prompted them to seek out personal security guards through congressional allowances. Congressional lawmakers believe their safety is at risk while serving their own districts, since they do not have Capitol police protecting them when not in Washington DC. According to CBS News, security details will include local law enforcement officers.

According to CBS, lawmakers wrote in a letter to leadership that "Protecting members in their district is much harder because local law enforcement agencies are stretched and limited, and often don't have sufficient staffing or money to provide regular protection to members. Except for leadership, members do not have security details protecting them.”

Lawmakers are reportedly concerned and fearful for their personal safety after the attack on the riot at the US Capitol. Representatives Josh Gottheimer (D- NJ) and Dean Phillips (D-MN), authored the letter which included signatures from 29 other Democratic Representatives. Representative Dean Phillips’ district is right outside Minneapolis, MN. Minnesota was the first US state to ‘defund the police’ after implementing drastic budget cuts to the Minneapolis police department after the riots in the wake of the death of George Floyd.

The letter added, “Today, with the expansion of the web and social media sites, so much information about members is accessible in the public sphere, making them easier targets, including home addresses, photos, personal details about members' families, and real-time information on Member attendance at events."