"We want you to rescind this passport requirement," Congresswoman Nicole Malliotakis said, "and if you don't, we will sue you." 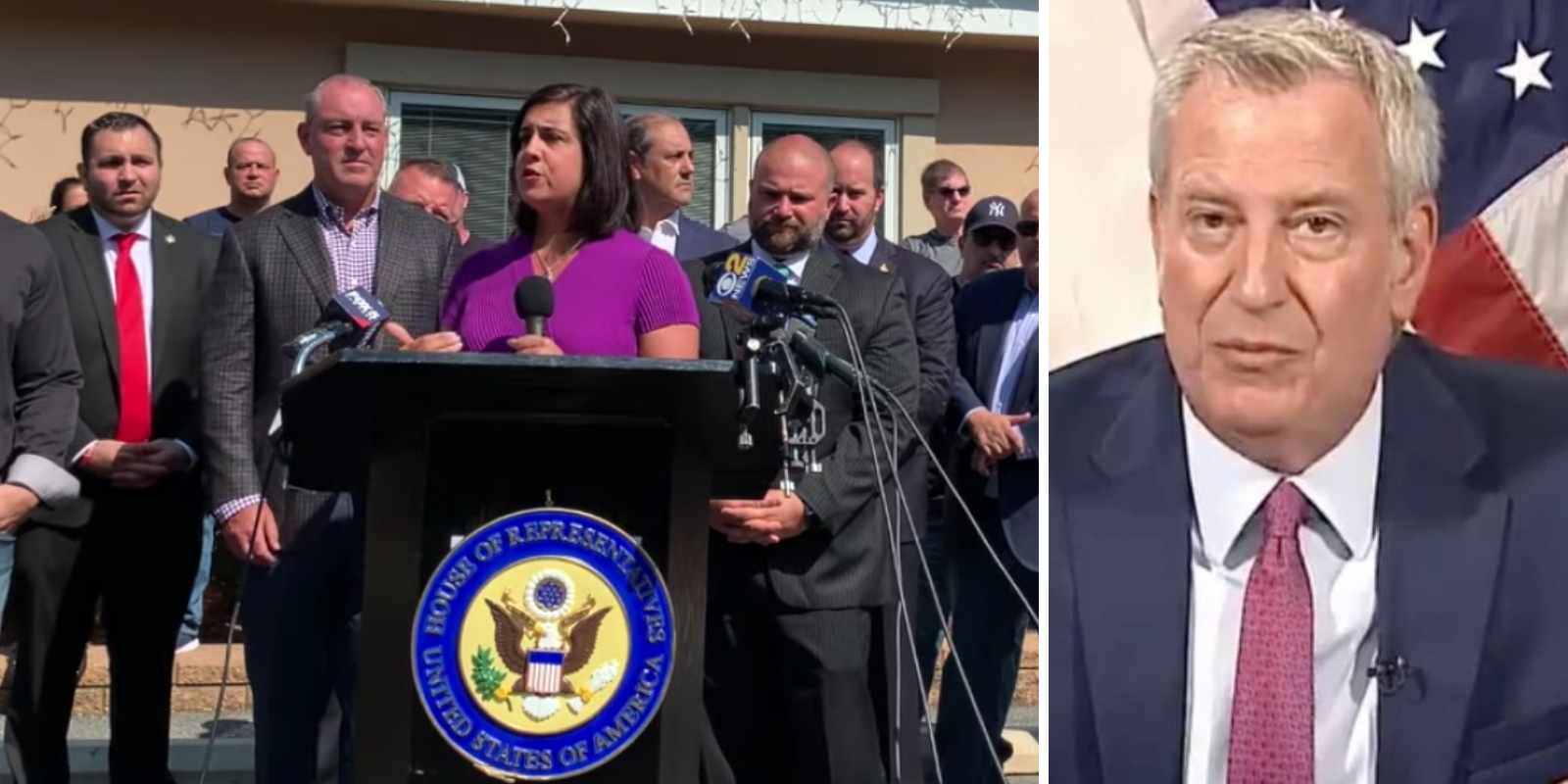 Congresswoman Nicole Malliotakis, who represents New York's 11th congressional district, has teamed up with other local leaders to suing New York Mayor Bill de Blasio for his vaccine mandates in New York City. She shared a video of the announcement on YouTube, only to have YouTube remove the video, saying it "violates community guidelines."

This is a video of a press conference given by a Congresswoman announcing her official, legal complaint with the leaders of the city whose constituents she represents. YouTube reinstated the video the next day, with no explanation as to why it was banned.

De Blasio issued his plans for a "Key to NYC" pass that would be required for anyone trying to engage in public life. From sporting and entertainment events, to working out, to merely dining in any of New York's thousands of restaurants, patrons will be forced to show proof that they have received a vaccination. Kids under 12 would be exempt.

Malliotakis has declared that this is an unlawful "overreach of government," that it's "about government control," and is standing up for her constituents who either prefer to not get the vaccine at this time, or simply do not feel that they are lawfully obligated to prove their medical status to anyone.

Malliotakis said that she and her colleagues have heard from constituents as well as business owners, from those who are vaccinated and those who are not, who believe fully that this requirement to show proof of vaccination goes far beyond what government should be permitted to do.

For the vaccinated, Malliotakis said "this is a privacy issue," while small business owners wonder just who is supposed to enforce this passport requirement. The unvaccinated feel that "they are being left out of every day individuals," and she spoke specifically about constituents who have auto-immune disorders and doctors have said that they should not get the vaccine for that reason.

Malliotakis is vaccinated, but still opposes the requirement to show her medical information just to participate in public life.

Small business owners, she said, have worked hard to stay afloat during the pandemic, and have complied with each and every requirement that has come their way. "At this point," she said, "it's absolutely ridiculous that the government is mandating these small business owners, who by the way are short-staffed because of problems created by government..., to be the vaccine police."

"If they don't do it, the Mayor is threatening to fine them," she said, and she predicts that at the state level, the liquor licenses could be under threat for their lack of compliance.

"We want you to rescind this passport requirement," she said, "and if you don't, we will sue you."

"We will not accept this kind of government control and intervention in our lives. Government's job is to tell the community, tell our constituents, why the vaccine is important, why it's effective, show the science, show the facts, and let individual Americans make the decision with their doctor on what's in the best interests of themselves and their families."