"The people of Oregon will no longer tolerate politically based law enforcement and prosecution, nor the selective protection of 1st Amendment rights," the press release reads. "This lawsuit is being brought in the hopes of being a catalyst of that change." 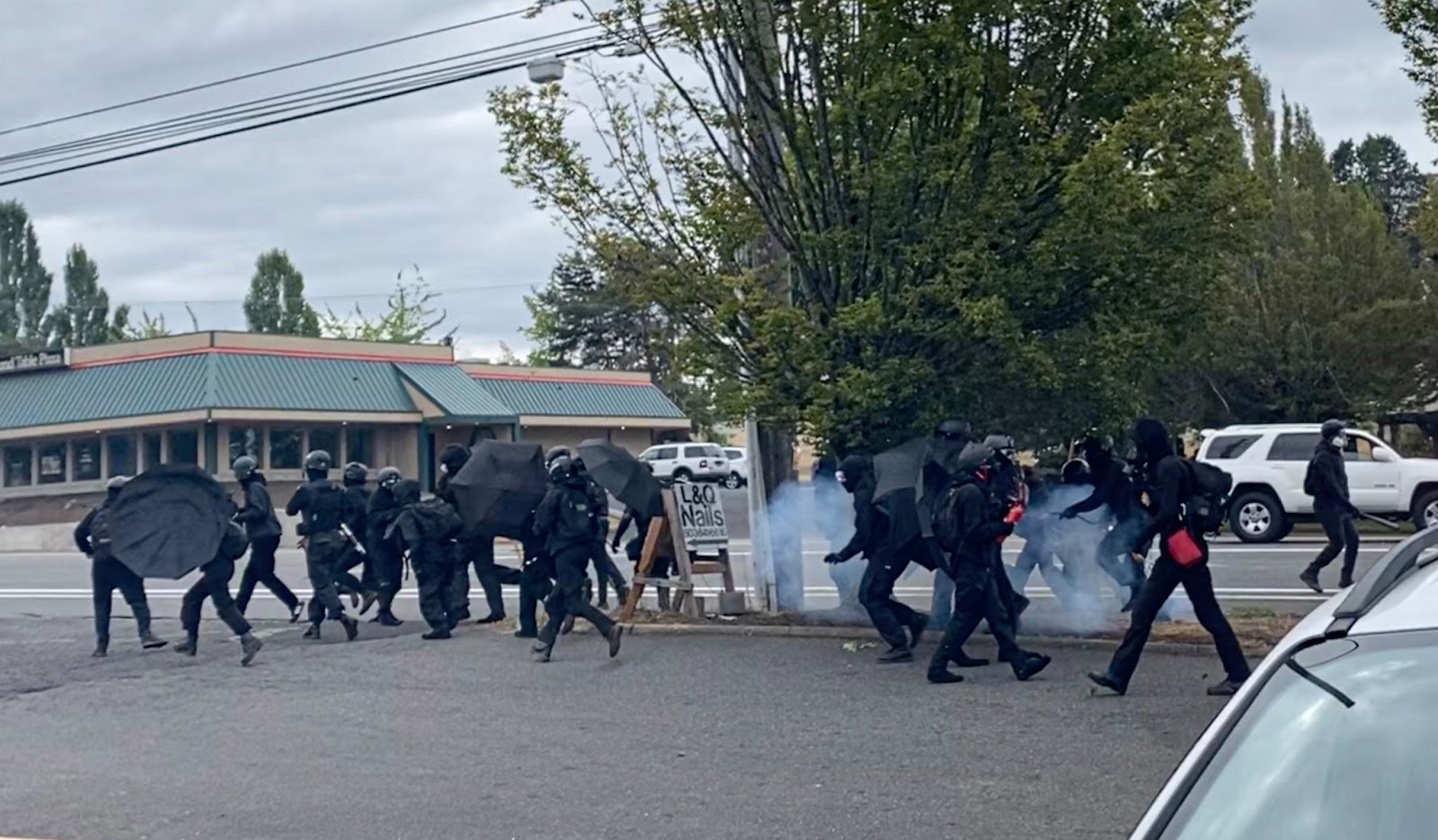 The organizers behind an August 2021 patriotic-themed rally in Portland, Ore., that was descended upon by Antifa militants armed with homemade explosives, have sent a tort claim notice to the city saying they intend to sue Portland, Mayor Ted Wheeler and progressive Multnomah County District Attorney Mike Schmidt for "intentionally and negligently withholding protection."

The Feb. 18 tort notice seen exclusively by The Post Millennial alleges the parties' decisions resulted in "violence, trauma, mental and physical damages for the women, caused by the protesters, despite event organizers moving the event to another location to avoid the threatened violence."

The Aug. 22, 2021, event, titled "Summer of Love: Patriots Spreading Love not Hate," devolved into a mass brawl after Antifa militants traveled 10 miles from their downtown direct action to confront attendees of the right-wing event in northeast Portland. A van driven by Antifa was overturned by right-wing rally attendees in a viral video at the time.

Later on in the day, Antifa engaged in a shoot out with a man who was unrelated to any protest. The man surrendered to police and was arrested but police are still seeking information about the Antifa shooter, who escaped.

Since the brawl last August, several members of the patriotic-themed rally have been arrested and charged for riot-related offenses.

No one from the Antifa side has been arrested, though police are still asking for help in identifying some of the masked assailants.

A press release issued by the Portland Police Bureau leading up to the event stated that law enforcement officers would not be intervening to protect residents of the city or rally participants from the riotous activities that were then assumed to take place.

"You should not expect to see police officers standing in the middle of the crowd trying to keep people apart. People should keep themselves apart and avoid physical confrontation," Portland Police Chief Chuck Lovell stated via PPB press release on Aug. 20, 2021.

Jen Loh, the president of Latinos United for America, announced the tort claim notice in a press release: "The people of Oregon will no longer tolerate politically based law enforcement and prosecution, nor the selective protection of 1st Amendment rights. This lawsuit is being brought in the hopes of being a catalyst of that change."

The plaintiffs are currently crowdfunding for legal support, Loh told The Post Millennial.