Wanzhou's family was given a special travel exemption to visit her while she awaits her extradition hearing. This comes as two Canadians, Micheal Spavor and Micheal Krovig, remained detained in China. 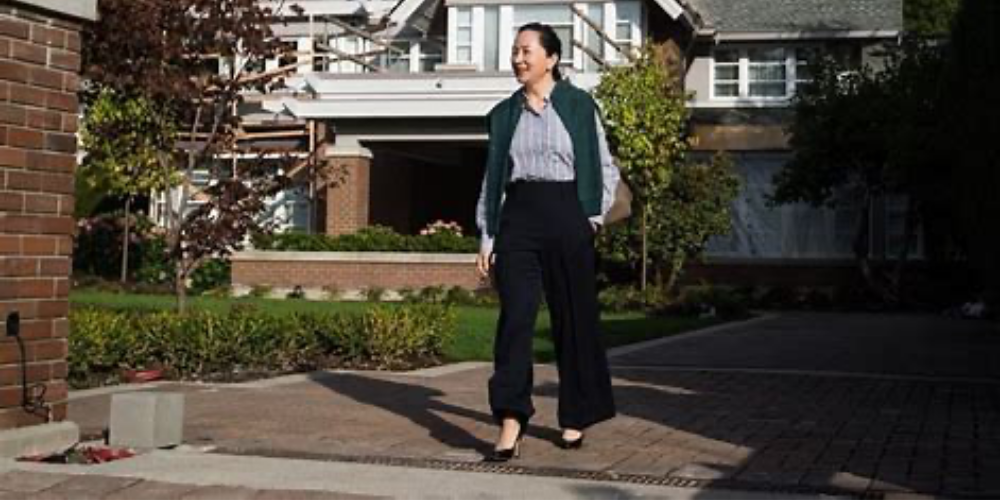 Canada's Conservatives are calling out the special treatment of Huawei CFO Meng Wanzhou, who is currently on house arrest in her multimillion dollar mansion in Toronto.

Wanzhou's family was given a special travel exemption to visit her while she awaits her extradition hearing. This comes as two Canadians, Micheal Spavor and Micheal Krovig, remained detained in China.

Conservative MP Raquel Dancho, who is the Shadow Minister for Immigration, Refugees, and Citizenship, put out a statement condemning the decision.

The statement says "The Liberals rolled out the red carpet and granted a special travel exemption for the Huawei CFO's family to reunite over the holidays. This is an insult to  the millions of Canadians who were told by this government not to visit loved ones."

In fact, private home gatherings are banned in British Columbia, and those who violate the health order pout out by Dr. Bonnie Henry can face large fines.

The Conservative statement then goes to compare Wanzhou's treatment to the one of the two Micheals, saying "Meanwhile, Micheal Kovrig and Micheal Spavor have been denied basic human rights and detained in communist Chinese prisons for over two years, with limited access to their families and consular support."

The statement ends by criticizing Trudeau's soft approach on China. "It is disappointing to see Justin Trudeau and his government continue their dangerous and naïve approach to Communist China. Canada and Canadians deserve better."