Viacheslav Shapovalov, a deputy prime minister, reportedly "asked to be fired" after reports of the military’s purchases, Ukraine’s Ministry of Defense said earlier on Tuesday. 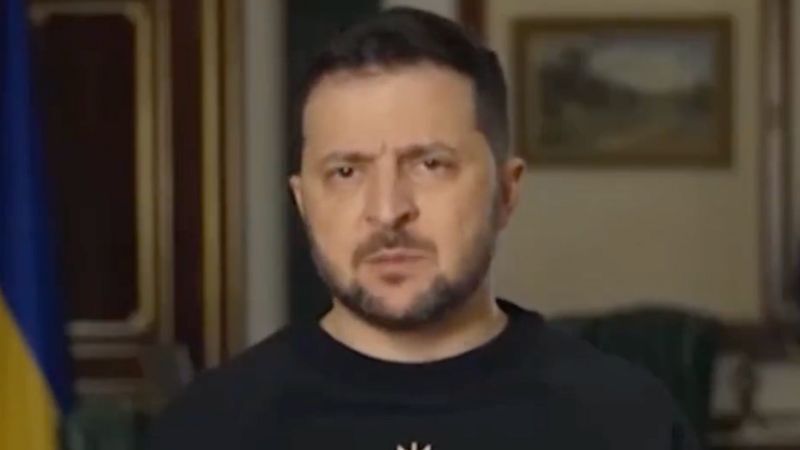 On Tuesday, several top Ukrainian officials were fired or handed in their resignations following reports that the Ukrainian military had agreed to pay inflated prices for food for their troops.

According to the New York Times, Ukraine’s cabinet ministry made the announcement of the firing over Telegram, a social messaging app, and provided no details into the reasoning.

More than a dozen senior officials were dismissed or handed in their resignations, including governors of the Kyiv, Sumy, Dnipropetrovsk, Kherson, and Zaporizhzhia regions, as well as a deputy defense minister, a deputy prosecutor, a deputy head of President Volodymyr Zelensky's office and two deputy ministers, Reuters reported.

Viacheslav Shapovalov, a deputy prime minister, reportedly "asked to be fired" after reports of the military’s purchases, Ukraine’s Ministry of Defense said earlier on Tuesday.

According to the New York Times, the ministry said in a statement that "relieving Mr. Shapovalov of his duties would 'preserve the trust' of Ukrainians and the country’s international partners."

A Ukrainian newspaper had reported over the weekend that the Ministry of Defense had purchased food for their troops at inflated prices, including eggs that were three times their normal cost, according to The New York Times.

"There are already personnel decisions - some today, some tomorrow - regarding officials at various levels in ministries and other central government structures, as well as in the regions and in law enforcement," Zelensky said in an overnight video address.

Ukrainian president Volodymyr Zelensky’s deputy, Kyrylo Tymoshenko, has also handed in his resignation. The deputy head of the presidential office was often seen giving updates on the war, though Ukrainian journalists raised questions about the use of government resources as well as his lavish lifestyle.

He had been criticized for traveling in an expensive SUV that General Motors had donated for use in humanitarian missions.

Deputy Prosecutor General Oleksiy Symonenko was also fired, having been previously under fire by Ukrainian media for taking a vacation in Spain. In a recent address, Zelensky announced a new ban on officials vacationing abroad as the country nears the one-year mark of Russia’s invasion.

The corruption allegations come as US Congresswoman Marjorie Taylor Greene has vowed to audit every single dollar of taxpayer dollars sent to Ukraine.