MTG vows to audit every US dollar sent to Ukraine

"But we take over in January!," the congresswoman posted after her resolution failed. "This audit will happen!" 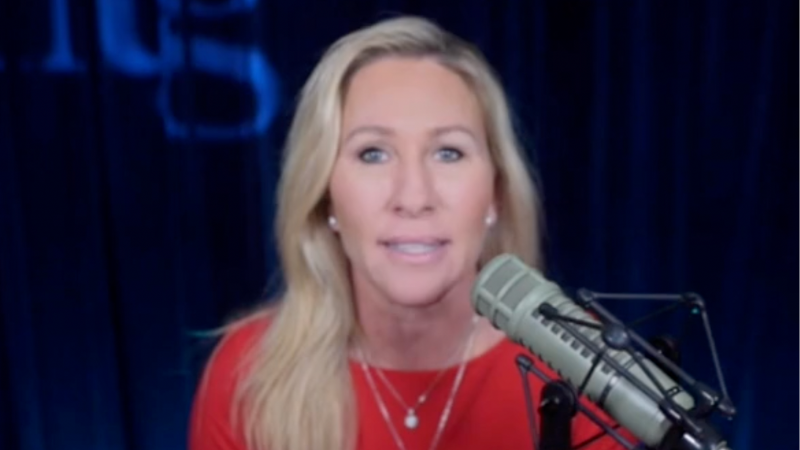 Olivia Rondeau
Dec 7, 2022 minute read
ADVERTISEMENT
ADVERTISEMENT
Georgia Congresswoman Marjorie Taylor Greene has vowed to audit every single dollar of taxpayer dollars sent to Ukraine once the Republicans take back control of the House in January, she said Tuesday.

Earlier that afternoon, the newly-reelected Republican shared on Twitter that the House Foreign Affairs Committee was to vote on her resolution to "make Joe Biden and the State Dept let every American know where our money is being spent in Ukraine."

"We deserve an audit!" she added.

Every single Democrat voted against an audit of the military aid, killing the resolution with a 26-to-22 split, according to The Washington Post.

"This is not the time for us to be divided," said Rep. Gregory Meeks of New York, the Foreign Affairs Committee's top Democrat. "We've held together with NATO and the E.U. and our allies. Let's not fall into this trap."

"But we take over in January!," the congresswoman posted after her resolution failed. "This audit will happen!"

On a Wednesday morning appearance on Steve Bannon's War Room, Greene shared her thoughts on securing that audit, saying that she's "repulsed" by Democrats' infatuation with Ukrainian President Volodymyr Zelensky after he was announced as Time Magazine's "Person of the Year."

"... the Democrats — they treat Zelensky like he's governor of the 51st state of the United States, and they act like Ukraine is part of our country. And, I absolutely find that repulsive," the conservative congresswoman said to Bannon.

"Now, we've said all along that we are sorry for what the Ukrainian people are going through [and] that we're against the invasion. But… Ukraine is not a member of NATO, and we should not be defending Ukraine. We should not be sending billions and billions of dollars to Ukraine. We should not be equipping them with our military equipment. This is a war that we shouldn't be involved in, especially while we're ignoring the invasion at our southern border. It's outrageous," she continued, adding that she'd rather take military action to defend the southern border than focus "on some other country's borders that's across the gigantic ocean."

According to the Institute for the World Economy's Ukraine Support Tracker, the total cost of U.S. involvement in Ukraine is approximately $91,430,000,000.

That nearly $100 billion figure isn't likely to be all the help the US provides, according to General Mark A. Milley, the chairman of the Joint Chiefs of Staff.

"We, the United States, are determined to continue to support Ukraine with the means to defend themselves for as long as it takes," he said at a November 16 press conference.

Greene continued, arguing that taxpayers should have the privilege to see were their money is being spent regardless of support for the war in Ukraine.

"Because every single American deserves that answer, whether you're Republican or Democrat — you deserve to know where United States tax dollars are going in Ukraine. And that's so simple. It's not for the war, against the war. It's just asking for transparency and oversight for the American people and where their billions and billions of dollars are going and the Democrats flat-out refused… It was unbelievable."

Greene added that some Democrats in their responses to the resolution voted against it just because they didn't like her.

"And in their responses, they also attacked me and attacked my character. They didn't even talk about the resolution, some of them. Some of them just attacked me as their reason for voting no for the American people to have an audit for the audit of Ukraine," the congresswoman said.

Every single Republican on the committee voted for transparency.