"At a time when Canadians are looking for stability and leadership, Justin Trudeau has given them corruption, chaos, and cover-ups," wrote Scheer. 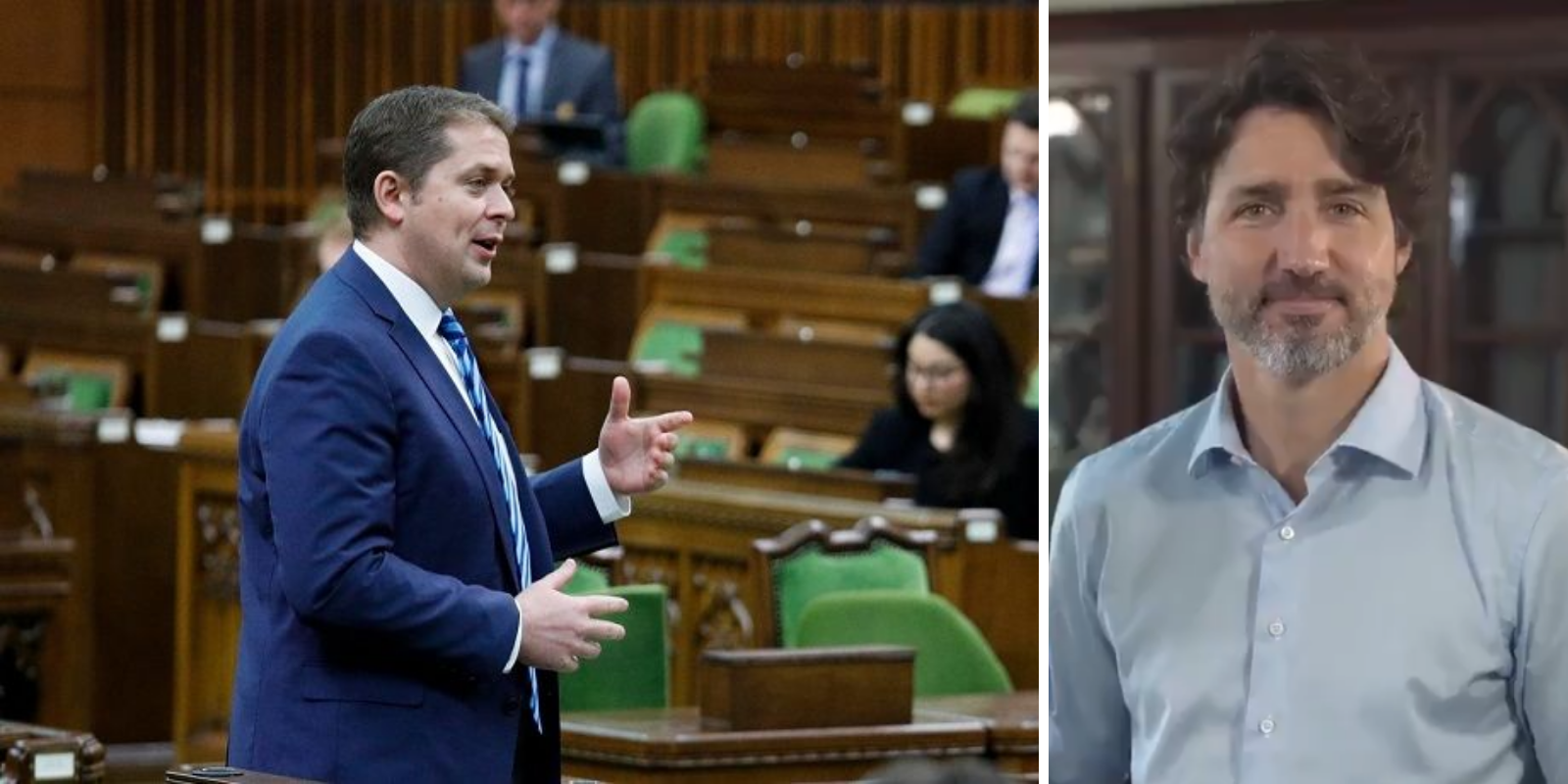 Conservative Leader Andrew Scheer called Trudeau's attempt to cover up his corruption "disgusting," saying that Trudeau has given Canadians nothing but "corruption, chaos, and cover-ups."

"Justin Trudeau is walking out on Canadians in the middle of a major health and economic crisis, in a disgusting attempt to make Canadians forget about his corruption," a statement from Scheer reads.

"At a time when Canadians are looking for stability and leadership, Justin Trudeau has given them corruption, chaos, and cover-ups," he said.

Scheer did not mince words, criticizing Trudeau after news broke that the prime minister would ask that parliament be prorogued. The Liberal government's hard reset will shut down Parliament until October.

The prorogue will also halt any committees and testimonies that probe the WE Charity scandal—a fiasco that has plagued the Trudeau Liberals for weeks and that many believe lead to the resignation of Finance Minister Bill Morneau.

"Canadians have serious questions about the Trudeau WE Scandal. They deserve better than a spineless Prime Minister who uses the power of his office to shut down multiple investigations into his decision to hand $900 million of your tax dollars to his friends at WE," said Scheer, criticizing the prime minister for what will likely be his third ethics violation.

"Hiding out for two months won’t solve the Liberals’ ethical problems.  As long as Justin Trudeau is Prime Minister, the corruption will continue."

“Conservatives will continue to hold Justin Trudeau and his government accountable and we will keep fighting for the answers that Canadians deserve,” the statement concludes.