"I just have one thing to say," Biden said pulling out his phone. After a moment, the song "Despacito," a popular Latin pop song begins playing. 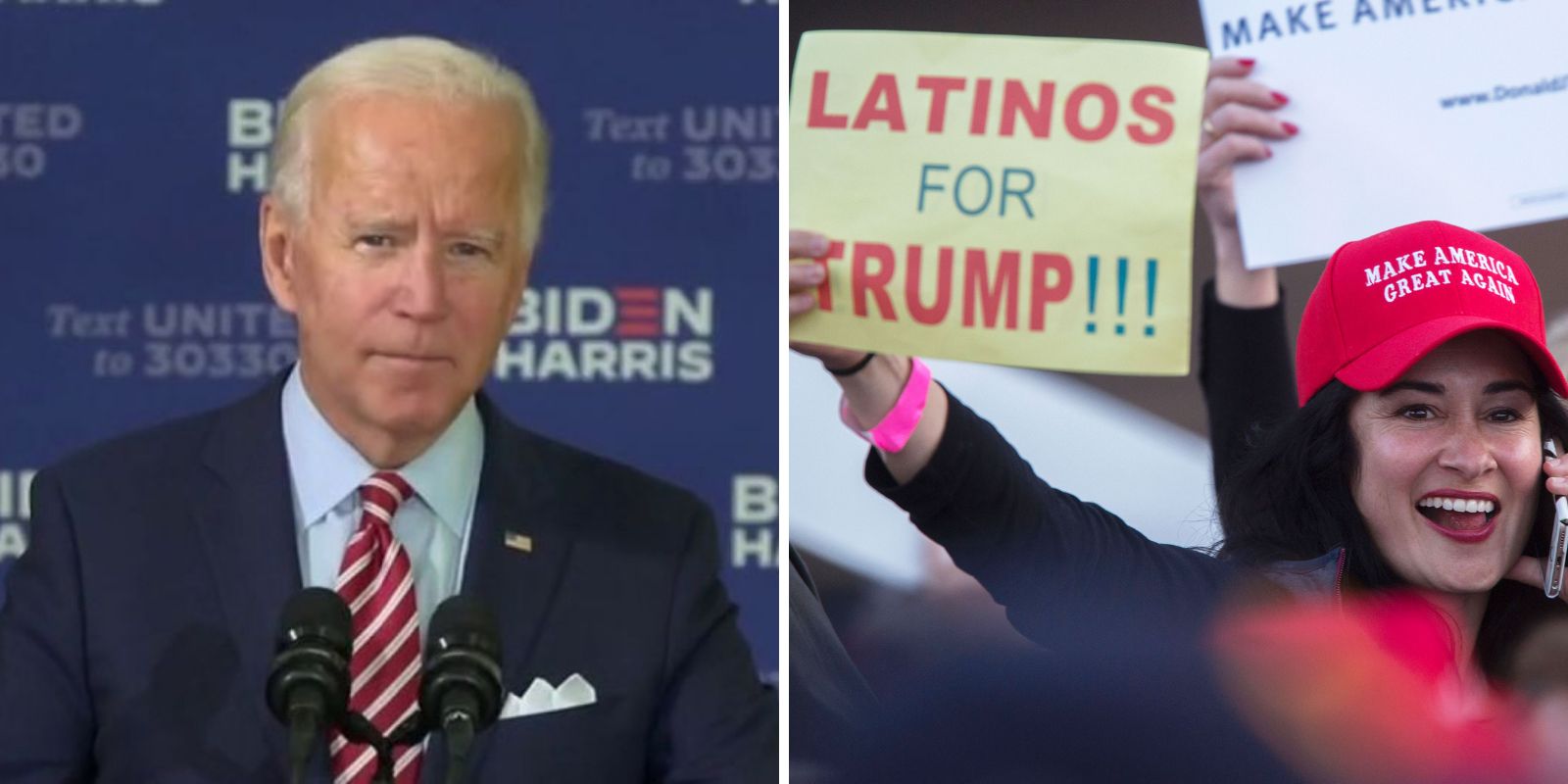 Democrat nominee Joe Biden went to an event celebrating "Hispanic Heritage Month" in Florida, where he seemed to be focused on the Hispanic vote. Two local Hispanic politicians introduced him, and celebs Eva Longoria, Ricky Martin, and Luis Fonsi spoke. Although Biden offered his support for Puerto Rican statehood, it seemed to be overshadowed by a gaffe that occurred just as he took the stage.

"I just have one thing to say," Biden said pulling out his phone. After a moment, the song "Despacito," a popular Latin pop song began to play.

Biden was trying to shore up support for his campaign with Hispanics, but the moment seemed to backfire. This amid reports that many in Florida are leaning toward Trump.

Lieutenant Governor Jeanette Núñez is the daughter of Cuban immigrants, and her take is that Biden's plans for the country are in opposition to those held by many Hispanic voters, namely "faith, family and freedom." She believes that Biden is in the pocket of the left.

Both the Republican incumbent President Trump and Democrat nominee Biden campaigns are in full swing, just 48 days before the election. On Tuesday, President Trump brokered a historic peace deal between Israel, the UAE, and Bahrain.

After that, Trump headed to Pennsylvania for a town hall where he fielded questions from uncommitted voters living in battleground states. Joe Biden, on the other hand, campaigned in Florida at Hillsborough Community College, which is near MacDill Air Force Base, and then at a "Hispanic Heritage Month" event in Kissimmee.

Trump's town hall differed slightly from the venues he's participated in during the campaign thus far as up until now he's only held rallies. Moderated by ABC News' George Stephanopoulos, Trump faced several questions about COVID-19. He often disagreed with the initial premise of the questions that he had failed to handle the pandemic well.

Paul Tubiana is a diabetic and Republican who said at the town hall, "I thought you were doing a good job with the pandemic response until about May 1st, then you took your foot off the gas pedal. 'Why did you throw vulnerable people like me under the bus?'"

Stephanopoulos concluded his town hall with the question to Trump, "Could you have done more to stop it?"

"I don't think so," Trump responded.

The most dramatic question of the evening elicited the most heartfelt response from the President, although there was also some confusion about it. Flor Cruceta told the town hall she lost her mother to breast cancer and essentially asked about immigration policy.

At Biden's campaign event at Hillsborough Community College, he spoke about his support for veterans and repeatedly referenced the recent Atlantic magazine article that seemed to show President Trump lambasting service men and women, according to anonymous sources. Biden maintained he would support veterans who have given so much to this country.

According to RealClearPolitics, Biden is still polling ahead of Trump in Florida, if only slightly.