On Friday afternoon, King Charles and his wife Camila, now Queen Consort, returned to London, being greeted by a large crowd of mourners outside of Buckingham Palace. 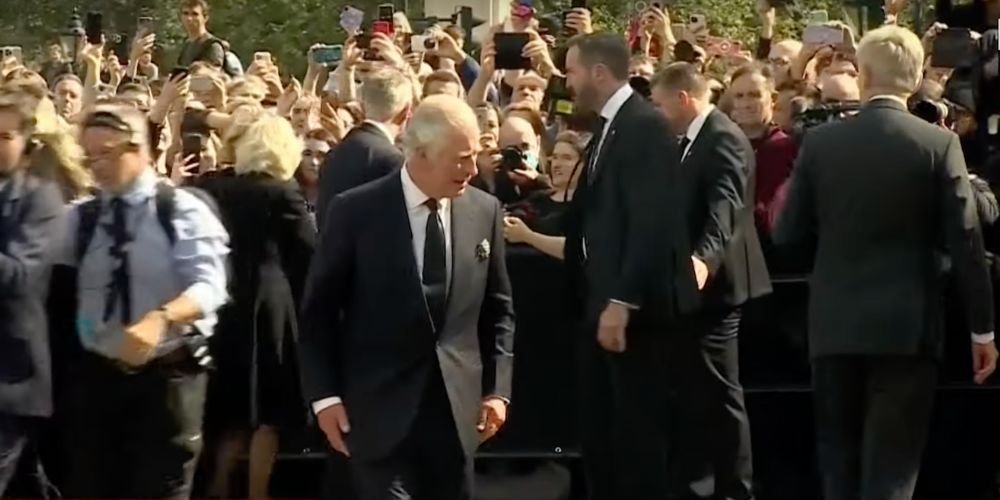 Ahead of King Charles III’s first address to the nation in his new role, crowds outside Buckingham Palace cheered for their new king after he returned to London following the death of Queen Elizabeth II.

On Thursday afternoon, the Royal Family announced that the Queen had passed away peacefully at her Scottish estate Balmoral, surrounded by family. Immediately following her death, Charles, then Prince of Wales, was catapulted into the role of King.

According to Reuters, On Friday afternoon, King Charles and his wife Camila, now Queen Consort, returned to London, being greeted by a large crowd of mourners outside of Buckingham Palace.

Crowds outside the palace, cheered and applauded for the new king, and many broke out into a rendition of "God Save The King."

The two briefly viewed the mass of flowers that had been left by mourners outside the palace’s gates, before heading inside.

According to Reuters, Buckingham Palace has announced that there would be a period of mourning observed by members of the royal family and household for a period lasting  until around a week after her funeral. The date of her funeral has yet to be announced, but is expected to be in around 10 days.

On Saturday, Charles will officially be proclaimed king at a meeting of the Accession Council, held at St James’ Palace, with proclamations across the nation following after.

King Charles is scheduled to address the nation on Friday evening in his first address as king, and will speak privately with new Prime Minister Liz Truss, who as appointed by the Queen on Tuesday.

Following the death of his mother, King Charles released a statement saying, "The death of my beloved Mother, Her Majesty The Queen, is a moment of the greatest sadness for me and all members of my family."

"We mourn profoundly the passing of a cherished Sovereign and a much-loved Mother. I know her loss will be deeply felt throughout the country, the Realms and the Commonwealth, and by countless people around the world. During this period of mourning and change, my family and I will be comforted and sustained by our knowledge of the respect and deep affection in which The Queen was so widely held," it concludes.