"Her legacy will loom large in the pages of British history, and in the story of our world," wrote President Biden. 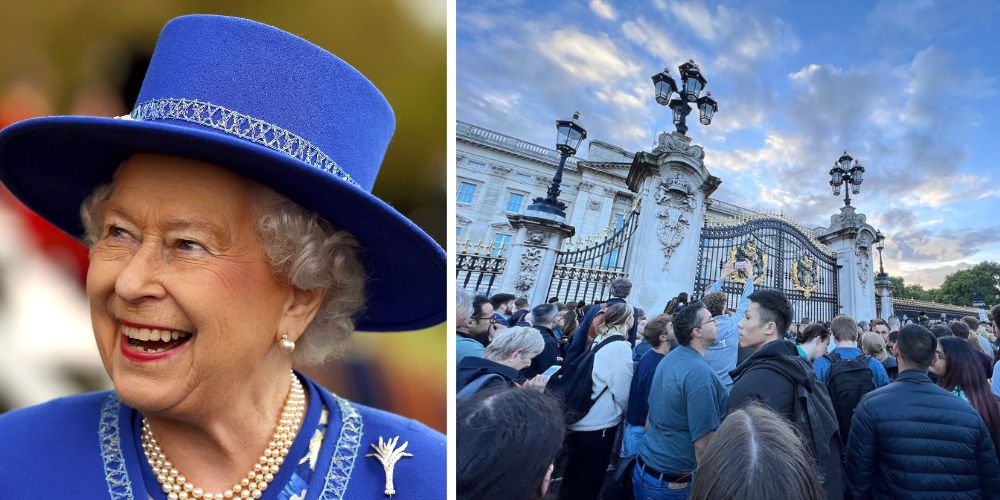 Following the announcement of Queen Elizabeth II’s death on Thursday afternoon, messages of condolences poured in from leaders all across the globe.

"We're all devastated by the news that we have just heard from Balmoral. The death of Her Majesty the Queen is a huge shock to the nation and to the world," Truss began.

"Queen Elizabeth II was the rock on which modern Britain was built. Our country has grown and flourished under her reign. Britain is the great country it is today because of her.

Truss later added, "She was the very spirit of Great Britain, and that spirit will endure."

"Her life of service, stretch beyond most of our living memories. In return, she was loved and admired by the people in the United Kingdom, and all around the world.

Truss stressed that there would be "difficult days ahead," but added that "we will come together with our friends across the United Kingdom, the Commonwealth and the world to celebrate her extraordinary lifetime of service."

"It is a day of great loss," she continued, noting that the nation would be providing support to the kingdom’s new monarch, King Charles III as he mourns the loss of his mother.

"And with the passing of the second Elizabethan age, we usher in a new era in the magnificent history of our great country, exactly as her Majesty would have wished by saying the words God save the King."

President Joe Biden weighed in on the passing of the Queen, writing, "In a world of constant change, she was a steadying presence and a source of comfort and pride for generations of Britons, including many who have never known their country without her."

"We send our deepest condolences to the Royal Family, who are not only mourning their Queen, but their dear mother, grandmother, and great-grandmother. Her legacy will loom large in the pages of British history, and in the story of our world."

Former President Donald Trump weighed in on the matter, writing in a statement, "Our thoughts and prayers will remain with the great people of the United Kingdom as you honor her most meaningful life and exceptional service to the people. May God bless the Queen, may she reign forever in our hearts, and may God hold her and Prince Philip in abiding care."

Former President Barack Obama and former First Lady Michelle Obama issued a joint statement to Twitter, saying that they are joining "so many others who are celebrating her life and mourning her passing."

"Michelle and I were lucky enough to come to know Her Majesty, as she meant a great deal to us. Back when we were just beginning to navigate life as President and First Lady, she welcomed us to the world stage with open arms and extraordinary generosity," the statement read, reducing the Queen’s life.

"Time and again, we were struck by her warmth, the way she put people at ease, and how she brought her considerable humor and charm to moments of great pomp and circumstance."

"Our thoughts are with her family and the people of the United Kingdom at this difficult time," the statement concluded.

Canada Prime Minister Justin Trudeau told the nation shortly after the Queen’s passing, "She was our Queen for almost half of Canada's existence, and she had an obvious, deep, and abiding love and affection for Canadians."

"She served us all with strength and wisdom for seventy years as we grew into the diverse, optimistic, responsible, ambitious and extraordinary country we are today."

"She was one of my favorite people in the world," Trudeau concluded, "and I will miss her so."

Australian Prime Minister Anthony Albanese issued a statement on Thursday afternoon, stating that "with the passing of Queen Elizabeth the Second, an historic reign and a long life devoted to duty, family, faith and service has come to an end."

"Australian hearts go out to the people of the United Kingdom who mourn today, knowing they will feel they have lost part of what makes their nation whole."

In a tweet from French President Emmanuel Macron, he wrote, "Her Majesty Queen Elizabeth II embodied the British nation’s continuity and unity for over 70 years. I remember her as a friend of France, a kind-hearted queen who has left a lasting impression on her country and her century."

In addition to statements from world leaders, flags are being flown at half staff in locations across the globe, including at the US on the White House and the US Capitol Building, and international tourist spots like the Eiffel Tower will go dark.

Shortly after the news broke, crowds gathered outside of Buckingham Palace to mourn, with a double rainbow appearing soon after news of the Queen’s death broke.