"May God bless the Queen, may she reign forever in our hearts, and may God hold her and Prince Philip in abiding care," he wrote. 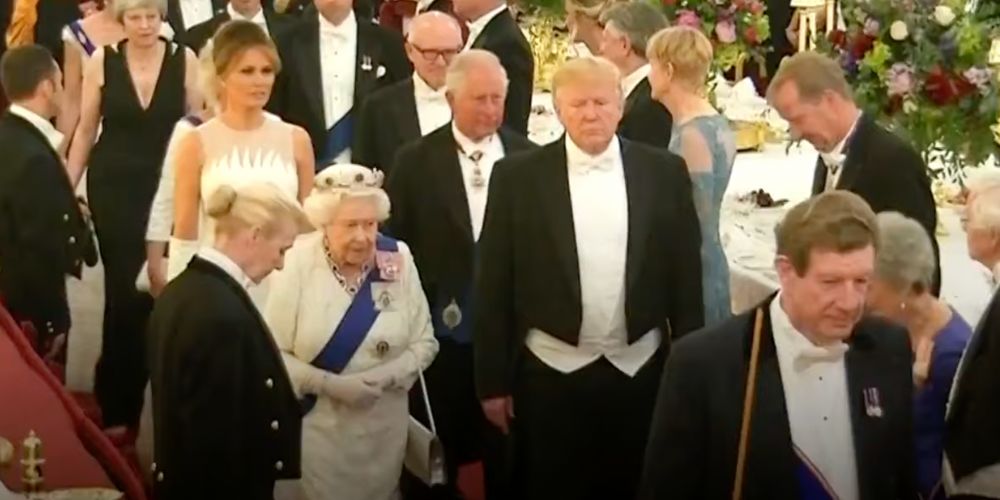 "Our thoughts and prayers will remain with the great people of the United Kingdom as you honor her most meaningful life and exceptional service to the people. May God bless the Queen, may she reign forever in our hearts, and may God hold her and Prince Philip in abiding care," he wrote.

In a separate statement from both him and former First Lady Melania Trump, the Trumps expressed their "sincere condolences" to both the Royal Family as well as the people of the UK.

"Melania and I are deeply saddened to learn of the loss of Her Majesty Queen Elizabeth II. Together with our family and fellow Americans, we send our sincere condolences to the Royal Family and the people of the United Kingdom during this time of great sorrow and grief," he said, noting the Queen's "historic and remarkable reign."

On Thursday afternoon the Royal Family confirmed that the Queen passed away at her Scottish estate Balmoral at the age of 96.

"The Queen died peacefully at Balmoral this afternoon," the statement read, which was also displayed outside of Buckingham Palace.

The statement added that "The King and the Queen Consort will remain at Balmoral this evening and will return to London tomorrow.

The Queen’s son, 73-year-old Charles, Prince of Wales, has taken the throne, with his wife, Camilla, being appointed the Queen Consort.