Wiener’s preposterous accusation is based on the fact that Kirk called out his record of supporting leniency for child sex predators.

Wiener’s preposterous accusation is based on the fact that Kirk called out his record of supporting leniency for child sex predators.

On Tuesday, Kirk tweeted a picture of Wiener Shirtless in the street in a vest and tie and wrote, "Thousands of pedophiles in California are going free after just a few months in jail, thanks to the state's radically reduced penalties for child molestation. One reason so many of these predators are going free so early is California lawmaker Scott Wiener."

Wiener posted on Twitter late Wenesday night, "Not even 24 hours after MAGA grifter Charlie Kirk tweeted homophobic lies about me, I received this threat repeating one of his lies. But that was the point: Riling people up against me & other LGBTQ people. Words have consequences & Twitter is becoming a cesspool for this crap."

Wiener was immediately roasted for his dubious evidence. 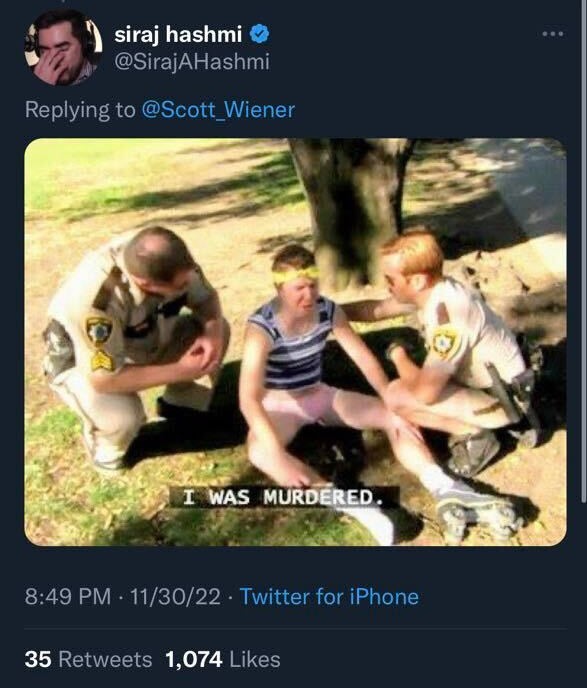 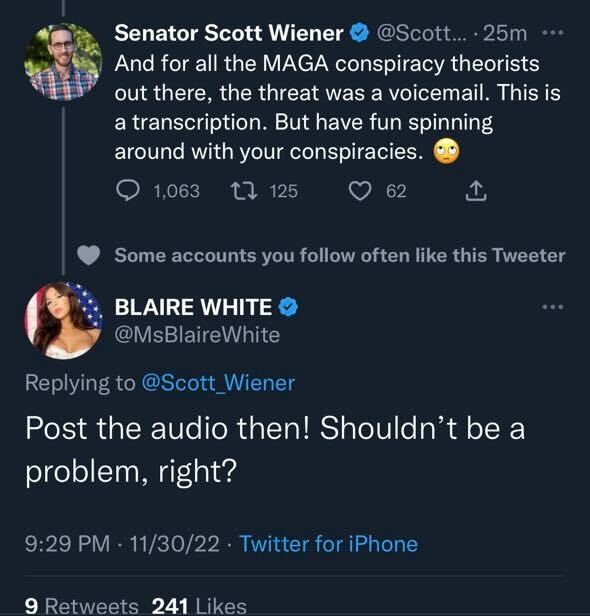 After news broke that the state of California has been releasing thousands of pedophiles after short sentences, including those who raped children, Kirk called out the state Senator Scott Wiener who in recent years, has worked to make laws against sex offenders much more lax.

In 2020, Wiener authored SB 145 that would "end discrimination against LGBTQ young people" by providing exemptions from the sex offender registry.

The bill made exemptions for people who were convicted of "certain offenses" as long as the person convicted is no more than 10 years older than the minor, with the minor being no younger than 14.

According to the LA Times, Wiener said shortly before the bill was signed, "It’s appalling that in 2020, California continues to discriminate against LGBTQ people, by mandating that LGBTQ young people be placed on the sex offender registry in situations where straight people aren’t required to be placed on the registry."

Wiener, together with fellow state senator Todd Gloria, also authored a bill that passed back in 2017 that removes federal penalties and prison time for people that knowingly expose a sexual partner to HIV.