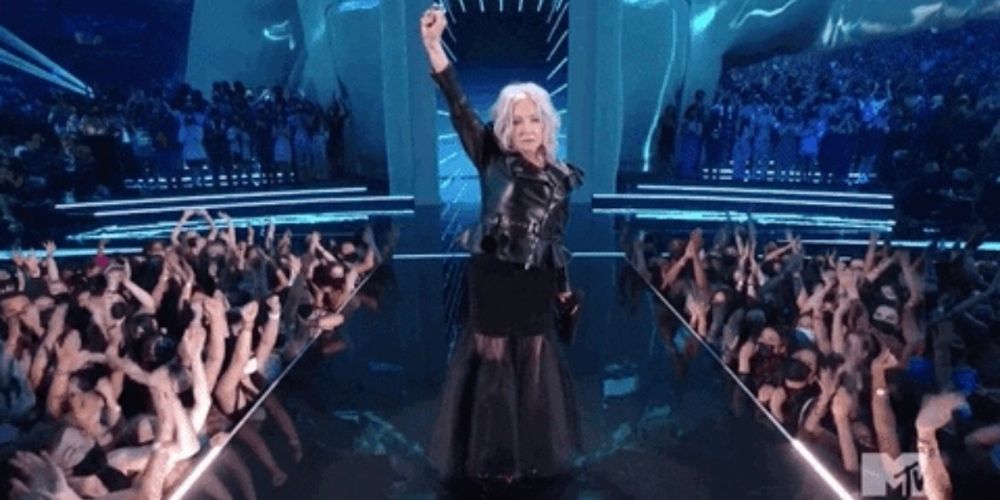 Multi-platinum singer Cyndi Lauper gave a cringe-worthy speech while announcing the winner of an award at the VMA's on Sunday where she alleged women in the United States are still fighting to have "fundamental rights" then raised the popular communist "resist" fist to finish her speech.

"Things are a little different now," Cyndi Lauper said, reminiscing on the first VMA's back in 1984.

In the United States, women are already granted basic fundamental rights. According to CelebrityNetWorth.com, Lauper who lemented not having equal pay is worth over $50 million.

However, Lauper's remarks are popular radical feminist talking points and appear to be a virtue signal to unite against Texas' new ban on abortion once a fetal heartbeat can be detected.

Cyndi Lauper was recruited to be featured in a song titled Our Problem by Amanda Shires which was released on January 27. The song captures "the difficult conversation women share as one of them grapples with ending a pregnancy," according to USA Today. Those featured alongside Lauper and Shires in the pro-choice song include Angie Stone, Morgane Stapleton, Linda Perry, K. Flay, Nona Hendryx, Lilly Hiatt, Sheryl Crow, and Peaches and Valerie June.