Rep. Matt Gaetz spoke to Vish Burra on his podcast about how the Hunter Biden laptop story made it to print, and it was only after the NY Post ran with it that the Daily Mail looked into it themselves. 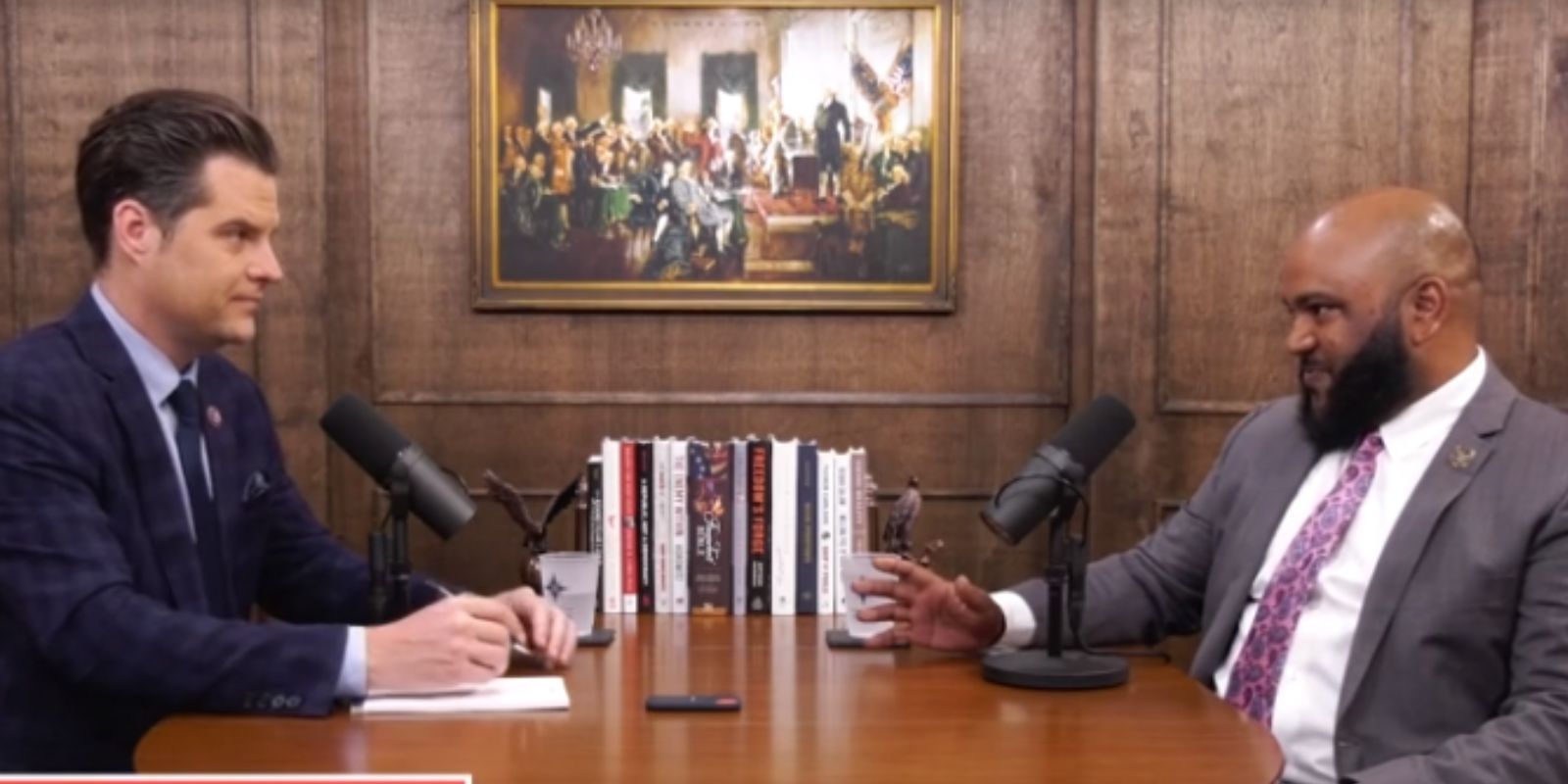 Rep. Matt Gaetz of Florida interviewed a member of his own congressional staff on Thursday who has important information regarding the infamous Hunter Biden laptop.

Vish Burra, who says he "used to be a tech guy," was called in and asked to sift through the massive amount of information contained on the laptop, and he obliged.

Burra then shows Gaetz some shocking examples of things found in the emails, including evidence of suspicious business deals, and various kinds of "grift," as described by Burra.

A bit later during the interview, Gaetz asks Burra:

"You had to know at some point that this was going to become the biggest political story in America. What decisions were made? Or what was the perspective on the New York Post as an initial outlet? Were there other outlets that were skeptical at first?"

"How did you go from the investigative reporting that you were doing and Steve Bannon was doing as a part of your work for War Room, to actually getting this into the political bloodstream of the country?" Gaetz asked.

"The Daily Mail was one of the first outlets to come out and verify this is now this is after the election, of course," Burra replied. "But they had a forensic auditor, the technical auditor go through the hard drive, and they publish that they verified it, and that it's real, right? Or at the very least, it hasn't been manipulated by any outside hands. This is what it says it says it is."

"And I found that to be a mea culpa, because it was the Daily Mail originally, that we went to, before the New York Post, to try and get this this story out."

"Right, exactly. It drives the most, the highest traffic. So, the Daily Mail was our initial attempt to get the story out. We made the pitch with a few things. And as I'm watching the journalist that we showed it to, his face turned white, but he ended up not publishing it."

"And you know, the story at that, at that time I got from Steve is that he may have felt that he didn't want to be the guy to take out Joe Biden."

"There was pressure here," prodded Gaetz.

Burra responded, elaborating on why the media had such a hands-off attitude toward the story. "And you know, I want to I want to get into that for a moment because there's a mundanity to the whole thing. It's not like somebody's getting a phone call from Biden like 'you can't publish this story' or  one of his goons [appearing] right now."

"It's a very human thing, like, 'I got to go to work tomorrow, I publish the story. And all my friends probably hate Trump, I love Biden.' And if I got to go in there and I publish the story and Joe Biden loses, my entire industry might hate me.' And so, because they're all haters of Trump, or a good chunk of them are and so that, I think, that was part of the calculus."

"And another thing I want to I want to state is, there's a ton of salacious stuff on there. We approached TMZ with that early on, and you've seen the kind of stuff TMZ publishes, but they said 'no' to this."

"So you  didn't 'meet the editorial and journalistic standards' of TMZ?" asks Gaetz incredulously. "Yeah, that must have been disappointing."

"I mean, here you guys  had captured this evidence. You had done the reviews, you had found information that you thought really illuminated the inner workings of this crime family at in serious ways and also in sort of salacious ways as well." "And here you go to two entities, and it sounds like they weren't having it."

The New York Post's Emma Jo Morris broke the story of Hunter Biden's laptop, and the connections between then-candidate Joe Biden and his son's shady business dealings, prior to the US general presidential election in 2020.

"It was the bravery of Emma-Jo Morris and the New York Post that allowed for this global corruption perpetrated by the Biden Crime Family to be exposed to the world. Ultimately, they passed the test of integrity, publishing something that was newsworthy, timely, and relevant while facing enormous pressures from the powers that be to either stop or delay the truth from seeing the light of day," Burra told The Post Millennial.

That story was suppressed and censored by social media platforms as well as mainstream media outlets, which went so far as to explain why they wouldn't run it, rather than actually look into the story.