"We spent millions and millions of dollars and tens of thousands of man-hours and occupied America's time for four years with a ridiculous, nonsense theory," said Bongino. 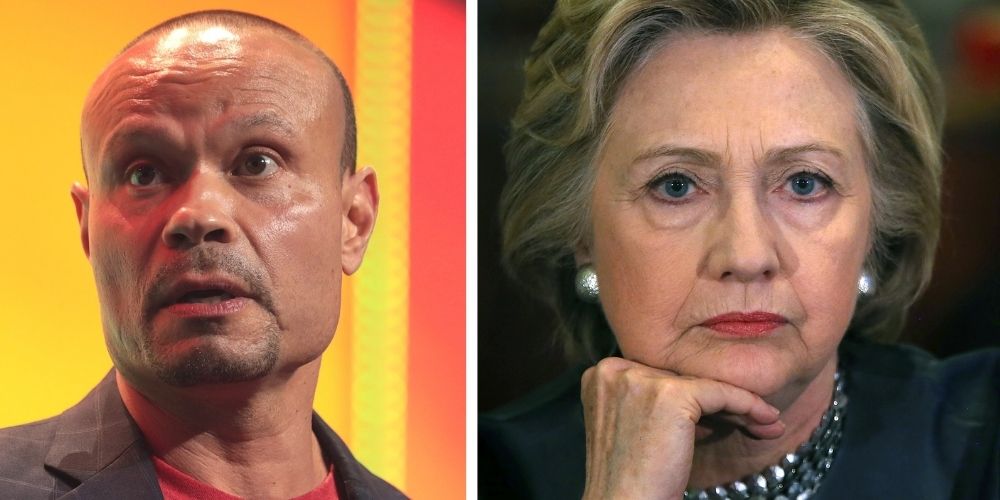 Former Clinton campaign manager Robby Mook testified on Friday that Clinton, then-Democratic presidential nominee, had approved of the dissemination of materials alleging a covert communications channel between the Trump Organization and Russia’s Alfa Bank to the media, despite campaign officials not being "totally confident" in the legitimacy of the data.

In an interview with Fox News, Bongino said he’s "stunned" that others in the left-wing media haven’t picked up on the story.

"They knew it was a fake from the start," he said. "We spent millions and millions of dollars and tens of thousands of man-hours and occupied America's time for four years with a ridiculous, nonsense theory. And Hillary Clinton could have shut it down the entire time."

Bongino went on to say that Andrew Weissman, "who is Bob Mueller's bulldog" was investigating Trump for the Hillary Clinton hoax, even while knowing it was fake already in August 2016, before the presidential election.

"[Weissman] was summoned on later to be deputized by Bob Mueller to investigate Trump on something everybody knew was a hoax," he said. "What is this, Cuba? We live in like, North Korea. This is amazing."

Mook was called to the stand for testimony by former Clinton campaign lawyer Michael Sussmann’s defense Friday. Sussmann's trial began May 16, as Special Counsel John Durham’s years-long investigation into the origins of the Trump-Russia probe finally landed in court.

On Friday, Fox News legal analyst Gregg Jarrett said it was "incredibly foolish" for the defense to have called Mook to the witness stand.

"It's fundamental in trying cases, never call a witness to the stand that only helps you a little bit, because the downside of hurting you tremendously is quite severe," he said. "And sure enough, that's what happened."

A poll from February revealed that most Democrats want Clinton investigated for any role in attempting to link Trump to Russia.

About three out of four respondents who are following the story believe prosecutors should investigate Clinton, along with top Clinton campaign advisers, for any possible culpability in the Russiagate scandal. The number includes two-thirds, or 66 percent, of the Democrats surveyed who have been following the case.