"Not just stupid, but anti-American." 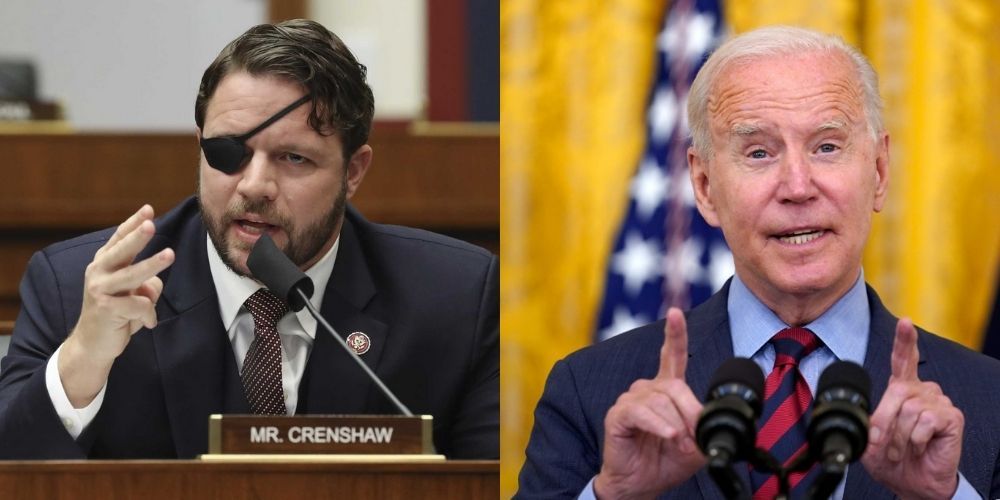 OPEC is already pumping 400,000 b/d monthly hikes in oil, but the Biden administration says this is not enough. "Higher gasoline costs, if left unchecked, risk harming the ongoing global recovery," says the White House in a statement.

Meanwhile, Crenshaw argues Biden is stifling domestic production of oil. Domestic oil is both cleaner and sourced ethically, according to Energy In-Depth. "Reaching a whole new level of stupid," said Crenshaw in response to the announcement. "The Biden administration asks OPEC (foreign oil) to increase production while making every possible attempt to destroy CLEANER American oil and gas," he continued. "Not just stupid, but anti-American," Crenshaw concludes.

In reaction to the apparent double standard of the White House condemning domestically produced oil, but importing more foreign production, White House Press Secretary Jen Psaki said, "Experts have consistently debunked the notion that efforts we are undertaking to transition to net-zero by 2050 and a clean power sector by 2035, are related to domestic production at home."