Dan Crenshaw reacts to Stacey Abrams gubernatorial bid: 'I thought you said you were already the Governor'

The Texas Republican called out Stacey Abrams following her announcement that she would be running for governor of Georgia. 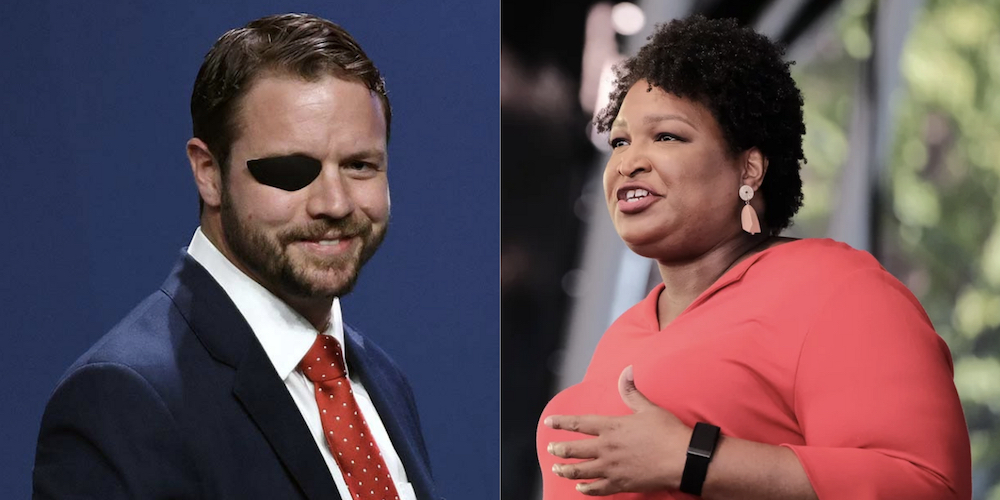 Georgia Democrat Stacey Abrams announced on Wednesday that she would be running in the state's 2022 gubernatorial race. "Opportunity in our state shouldn’t be determined by zip code, background or access to power," she said in a Twitter post.

Texas Republican Rep. Dan Crenshaw (R-TX) was quick to reply. "Wait," he wrote, "I thought you said you were already the Governor".

The comment was in reference to Abrams' insistence that the 2018 gubernatorial race was stolen from her. "I think the election was stolen from the people of Georgia," she told MSNBC in 2019. "I don’t know that empirically I would have won, but if you add together the thousands of people who faced extraordinary long lines, who faced hurdles that should not happen in a democracy, the votes that we know were not counted; the secretary of state who was also my opponent in the race purged more than 1.4 million voters over basically an eight-year period."

Abrams has accused Republicans of using voter suppression to win elections, and has vowed to fight against the practice. "Just because you win doesn’t mean you won," she said during a campaign rally for Virginia gubernatorial candidate Terry McAuliffe shortly before his loss to Republican challenger Glenn Youngkin. "I come from a state where I was not entitled to become the governor, but as an American citizen and a citizen of Georgia, I’m going to fight for every person who has the right to vote to be able to cast that vote."

As The Daily Wire reports, there has not been any evidence to back Abrams' claims that the election was "stolen." Nonetheless, she remains determined to claim what she believes to be her rightful place in the Georgia governor's seat come 2022.