The new Superman just wants the "S"' on his chest to stand for "Truth, justice, and a better world," rather than "…The American Way." 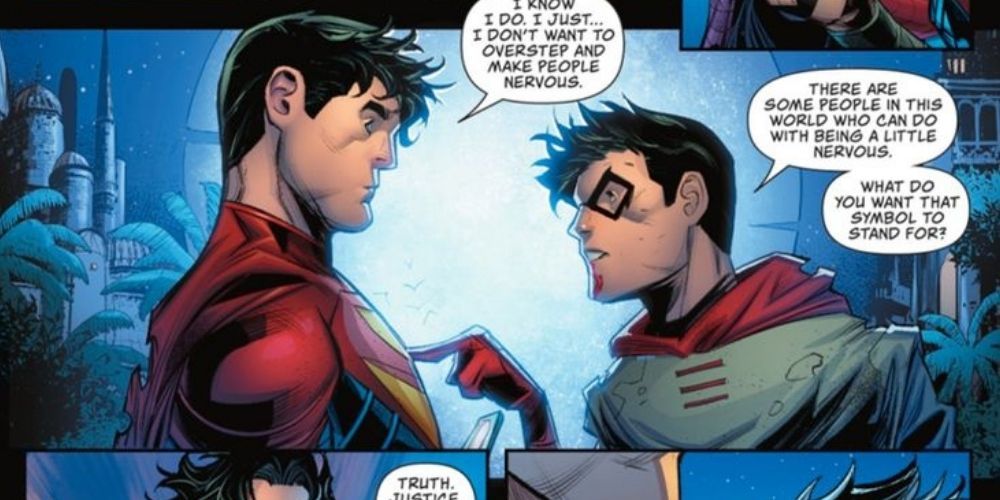 DC Comics has the new Superman ditch "The American Way" from his famous catchphrase, which The Last Son of Krypton has used since 1940.

According to Screenrant in Superman: Son of Kal-El #1, written by Tom Taylor with art by John Timms and colors by Gabe Eltaeb, Superman's son takes on his father's mantle. Jonathan Kent made his debut in 2015's Convergence: Superman #2. Clark Kent has trained his son in case a potential future comes true and after Superman disappears, Jonathan assumes his father's iconic role.

In the latest issue, after Jonathan puts out a California wildfire and fights off ninjas alongside Damian Wayne, the son of Bruce Wayne, the pair discuss their legacies. Jonathan says he wants the "S" on his chest to stand for "Truth, justice, and a better world," rather than "…The American Way."

Concerns were also raised after known racist, Ta-Nehisi Coates, was recently hired to write the script for a new Superman film for DC Films and Warner Bros. Marvel has taken a similar path and recently said that Captain America would have fought against the United States during the Vietnam War and attacked American soldiers.

In April, a Captain America comic book, written by Ta-Nehisi Coates, a left-wing racial activist and journalist, who has written for The Atlantic, Washington Post, and various other media outlets, turned Cap's arch enemy the Red Skull into a version of author Dr. Jordan Peterson.