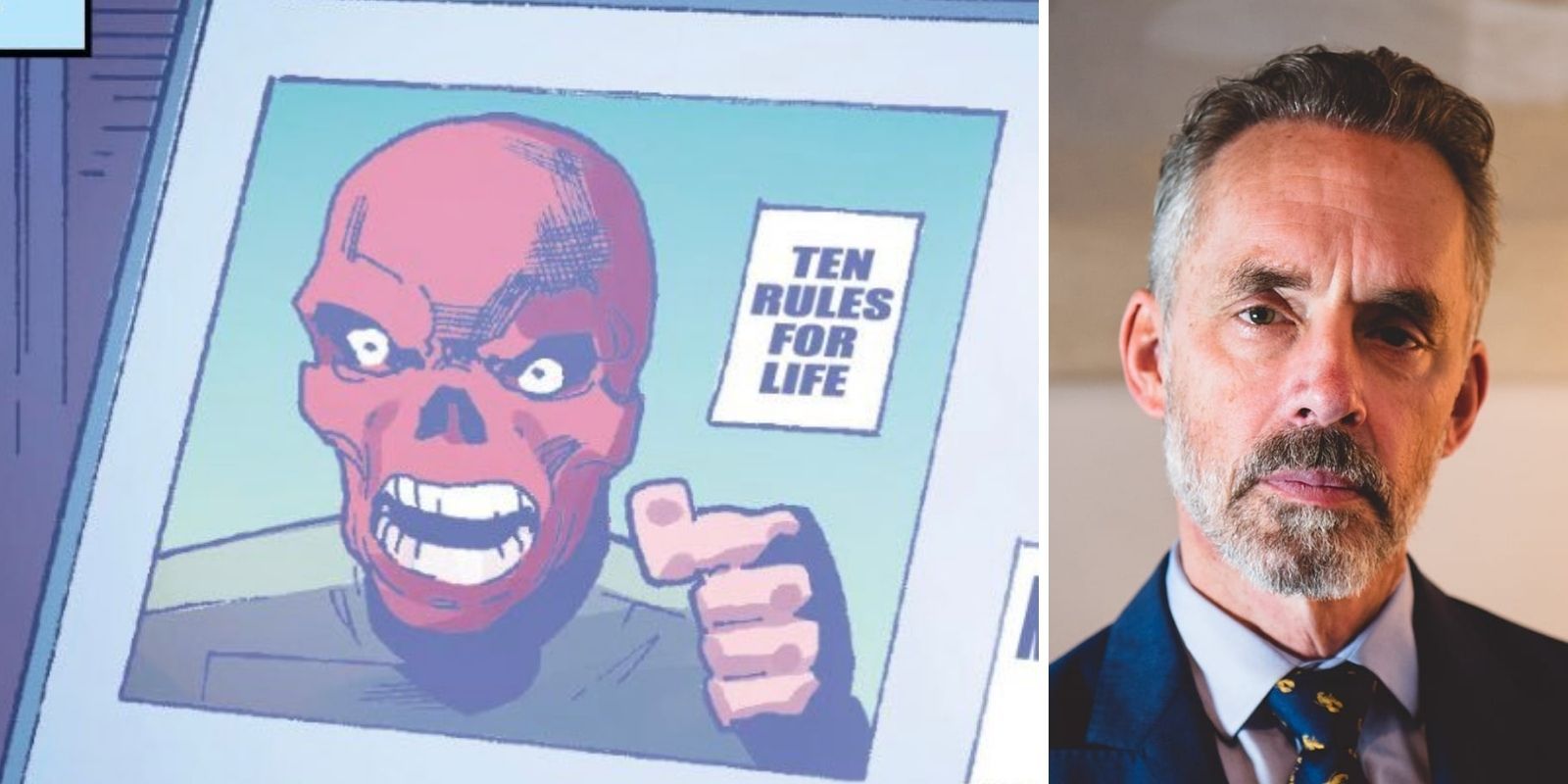 Dr. Jordan Peterson was left surprised and confused after discovering that new Captain America comic books written by Ta-Nehisi Coates features a villain who is apparently inspired by his ideas.

In one of the comic book frames, Red Skull, one of the villains featured in Captain America comics (who is a Nazi,) appears on a computer screen with the caption "ten rules for life," a reference to Peterson's book 12 Rules For Life. On the other side of the screen there are three captions. The first, "chaos and order," is a reference to Peterson's division of the world into the realms of order and chaos, which exist in the world like yin and yang.

The final caption says "the feminist trap," a reference to Peterson's opposition to feminism. The middle caption, "Karl Lueger's genius," references the controversial Austrian political Karl Lueger whose legacy includes the modernization of Vienna and a vicious anti-Semitism which some say inspired Hitler. It is unclear how this may reference Peterson.

In another series of frames, the comic book references followers of Red Skull as "young men" who are "looking for purpose" and are told by Red Skull "what they've always longed to hear." What they want to hear, apparently, is "that the whole world is against them" and that they should "fight back" if they want to be "truly men."

Peterson's audience is often described as being composed of young men who are searching for direction in life, and Peterson tries to convince the males in his audience to take on responsibility, grow up, and become men. While some critics of Peterson have characterized him as portraying the whole world to be against his followers, his message often focuses on the idea that life is suffering, and that only through the taking on of responsibility can men find the necessary tools to handle the suffering that accompanies life and turn it into something meaningful.

Other frames from the comic book also appear to show Red Skull's supporters being far-right, a common characterization of Peterson's audience by his critics.

Coates himself is a left-wing journalist who has written for The Atlantic, Washington Post, and various other media outlets where he primarily discusses racial issues. While it does not appear that Coates has discussed Peterson in significant detail before, Peterson has in the past criticized Coates's work.

It is unclear to what extent Coates's character was inspired by Peterson.