Workers who do not submit to the requirement will be placed on unpaid leave. The mayor's office intends to try to negotiate with the labor unions that represent city workers. 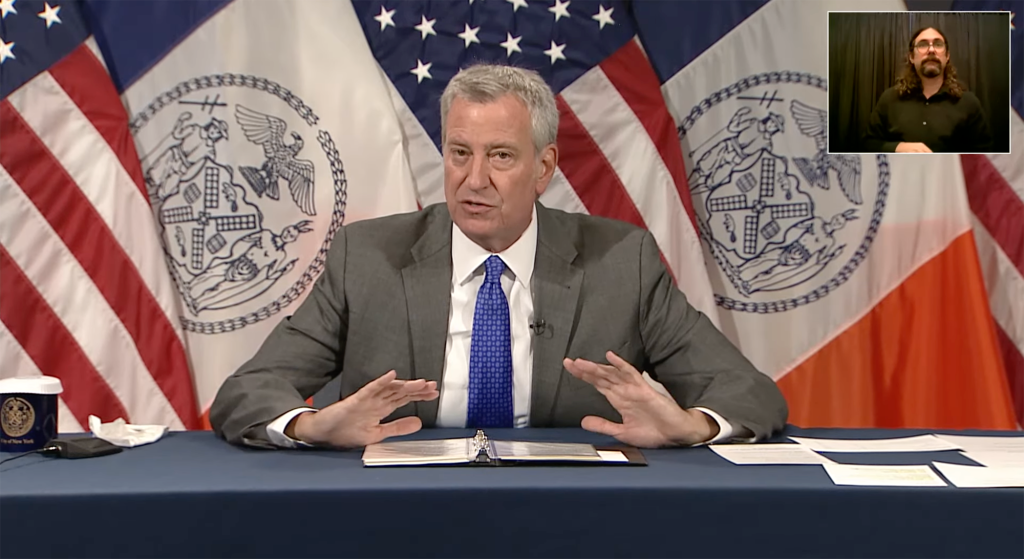 New York City Mayor Bill de Blasio is set to announce on Wednesday that all municipal city workers will be required to get vaccinated against COVID, with no option for testing. It has been primarily law enforcement and firefighters who have been hold-outs against getting vaccinated.

Of the city's firefighters, 60 percent have had one shot of vaccine, while among police officers 70 percent have undergone the jab.

A spokeswoman for the mayor's office said that this order covers 160,500 workers in total, with 46,000 of those required to get their first shot by Oct. 29 or face potential termination, according to the Wall Street Journal.

Workers who do not submit to the requirement will be placed on unpaid leave. The mayor's office intends to try to negotiate with the labor unions that represent city workers.

Corrections officers, of which the city employs 8,000, already have a later date by which they would be required to be vaccinated, Dec. 8. The city is facing staffing issues in the corrections department, most notably at the controversial Rikers Island detention center.

This new requirement, without a test out option, comes one day after the White House balked at the notion that workers are being terminated or leaving their positions for refusing to take the vaccine. When asked at a Tuesday press conference about the issue, White House Press Secretary Jen Psaki claimed that it is precisely because COVID was the leading cause of death among officers in 2020 that the requirement is necessary.

Teachers have already faced a vaccine mandate in the Big Apple, with 96 percent compliance. There have been some notable, vocal exceptions. Many teachers and their supporters have protested across the city to bring attention to the issue of forced compliance.

Seattle workers, including law enforcement and fire fighters, have also raised their voices in opposition to mandates in Washington state. In California, teachers and parents have jointly taken up protesting in defiance of Gov. Gavin Newsom's demand for vaccinations of all teachers and staff.

The LA county sheriff said that five to ten percent of his officers could leave their positions over the mandate. Chicago Mayor Lori Lightfoot said that officers who decline to get vaccinated are aiming to "induce an insurrection."

De Blasio, whose Dept. of Health declared this week that racism is a "public health crisis," said that "City workers have been a daily inspiration. Now is the time for them to show their city the path out of this pandemic once and for all."