The teachers at the protest argued that getting vaccinated is a personal health decision, and that the government shouldn't be mandating it. 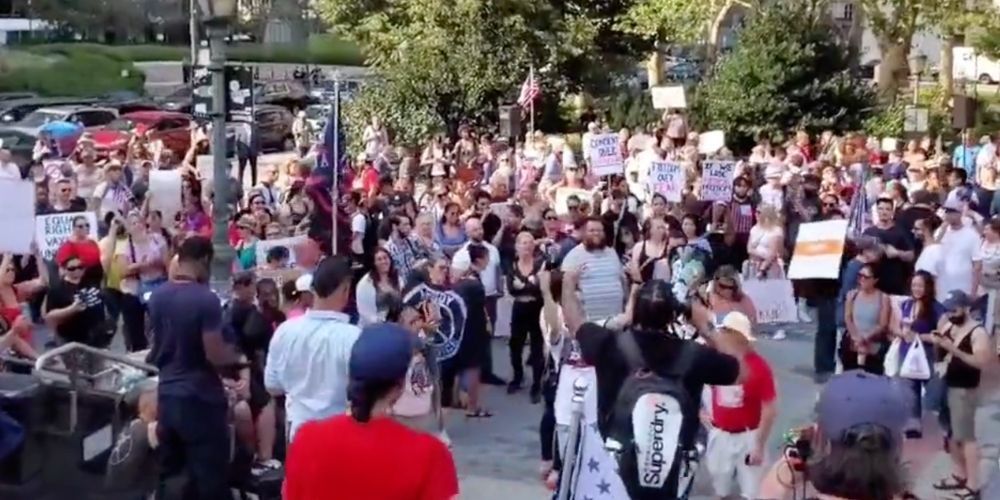 New York City saw hundreds of retired and current teachers flood into the city on Monday to protest both Mayor de Blasio's citywide vaccine mandate and the Biden administration's nationwide vaccine-based restrictions, with protestors calling for individual choice in regards to taking the COVID-19 vaccine.

They gathered in Foley Square for a "Freedom Rally" organized NY Teachers For Choice, an organization comprised of both teachers and parents that are against medical mandates for people to keep their jobs.

"I have lived and worked in this city as a civil servant for 28 years of my life," Amy Carroll, a retired teacher, told PIX11. "I should be able to make my own health decisions and make a decision that doesn't affect my employment that doesn't affect my right to go to a restaurant, or a Broadway play, a museum."

"I think what they're doing in America, they're taking away our rights about all decisions, medical decisions, we're standing here we're letting the government take over everything," Bill Carrol, Amy's husband and retired teacher added.

"I submitted my retirement on August 8 because of de Blasio," Wade Willett, a recently retired science teacher said. "I had COVID in March of 2020 and I recovered from it, so I felt I'm immune, I'm a science teacher and they said 'you're not.'"

The protestors spoke out against Mayor Bill de Blasio's August announcement that all employees of the City of New York, including public school teachers will be required to be vaccinated.

Those employees under the mandate will be required to get their first dose by the end of September.

The teachers at the protest argued that getting vaccinated is a personal health decision, and that the government shouldn't be mandating it.

"I came with a bunch of teachers from a school in Whitestone, Queens," said educator Alycia Morell.  "We're here because of the mandates, some of us are even vaccinated, but we're fighting the mandate and we don't want the children to have to be mandated for vaccines — so we're fighting for everybody not just ourselves."

Video emerged of protestors walking across the Brooklyn Bridge to chants of "f*ck Joe Biden."

Protestors carried signs that read "Last years heroes, this years unemployed," "My body, my choice," and "I call the shots."

They continued to chant "f*ck Joe Biden" while standing on the Brooklyn Pier overlooking lower Manhattan.

According to PIX11, NY Teachers For Choice said that they will be filing a lawsuit against the city over de Blasio's mandate. This would join a suit by local restauranteurs who also oppose the requirements.