"WPATH’s neglect of safeguarding issues for children, its adherence to ideological views unsupported by evidence, its exclusion of ethical concerns, and its mischaracterization of basic science all make its Standards a fundamentally unreliable guide." 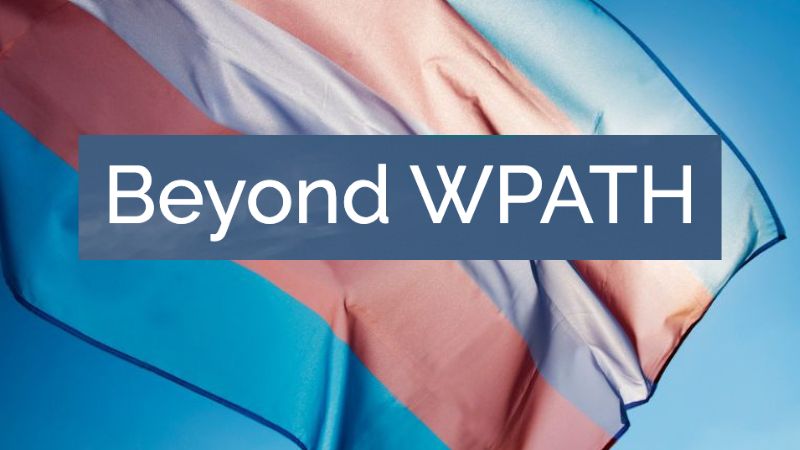 Beyond WPATH, an online declaration signed by over 600 mental and medical health professionals who believe the World Professional Association for Transgender Health (WPATH) has discredited itself with its latest Standards of Care, has been hit by a malware attack within 24 hours of launching.

The group issued a press release stating that the Beyond WPATH online declaration, which holds that WPATH has discredited itself by releasing the "unethical, unscientific, and deeply flawed" Standards of Care 8, had garnered more than 600 signatures in under 24 hours, from "mental and medical professions, concerned parents, scientists, and others who have been impacted by gender medicine."


However, the site was then hacked and forced to temporarily suspend the signature function.

"Earlier today, our site was hit by a malicious fake signature campaign and a malware attack that directed visitors to an alternate site. We’ve had to disable the new signature function for the moment until we can add more layers of security," said the statement by clinical psychologist Joe Burgo and psychotherapist Stella O'Malley.

The Beyond WPATH declaration states that "with the recent release of its Standards of Care, 8th Edition, the World Professional Association for Transgender Health (WPATH) has undermined its standing as the preeminent authority on health care for gender-questioning youth.“

"WPATH’s neglect of safeguarding issues for children, its adherence to ideological views unsupported by evidence, its exclusion of ethical concerns, and its mischaracterization of basic science all make its Standards a fundamentally unreliable guide," continues the declaration.

It goes on to criticize the group’s promotion of the affirmative model of care for youth despite the "rising scientific skepticism" that led Sweden, Finland, France, and the UK to move away from that approach, their endorsement of early medicalization, and the removal of all lower age limits from their guidance for medical and surgical intervention, which the group describes as "an abdication of responsibility for basic child-safeguarding norms."

The declaration then condemns WPATH’s decision to include "eunuch" as a new gender identity "without convincing evidence for its existence," as well as the inclusion of a hyperlink within the Standards of Care 8 to the Eunuch Archive website that "incorporates graphic and sexual fantasy stories portraying the castration of adolescent males." The chapter even goes so far as to suggest that children can identify as eunuch.

The declaration goes on to criticize the definition of "detransition," stating that it "fundamentally mischaracterizes it, invalidates the traumatic experience of many who feel harmed by gender-related medical interventions… and offers no guidance for supporting individuals who are coping with the grief and pain of detransition."

Lastly, the declaration calls into question the claim that the Standards of Care 8 is "evidence-based" as it fails to "acknowledge that independent systematic reviews have deemed the evidence for gender-affirming treatments youth to be of very low quality and subject to confounding and bias, rendering any conclusions uncertain."

"For these and other reasons, we believe WPATH can no longer be viewed as a trustworthy source of clinical guidance in this field. Despite its claim to be a 'World Professional Association,' WPATH and its Standards are actually outliers on the international stage, and deaf to the alarms being sounded within the scientific community concerning the use of experimental treatments on children."

The organizations, physicians, research scientists, mental health professionals, and others signed to declare that they "align with the most up-to-date science-based guidelines from those countries which have already evaluated and rejected the affirmative approach," and that they "believe health care professionals serving the needs of gender-questioning youth can honor and respect their rights without subscribing to a flawed ideological document marred by ethical failures and factual errors."

Beyond WPATH says that the release of the deeply flawed Standards of Care 8 prompted them to "sound the alarm" and unite all those concerned by the dominance of the affirmative model of care to unite against it.

"A single unified message carries more weight than many disparate voices speaking out, and we come together now to declare: WPATH HAS DISCREDITED ITSELF."