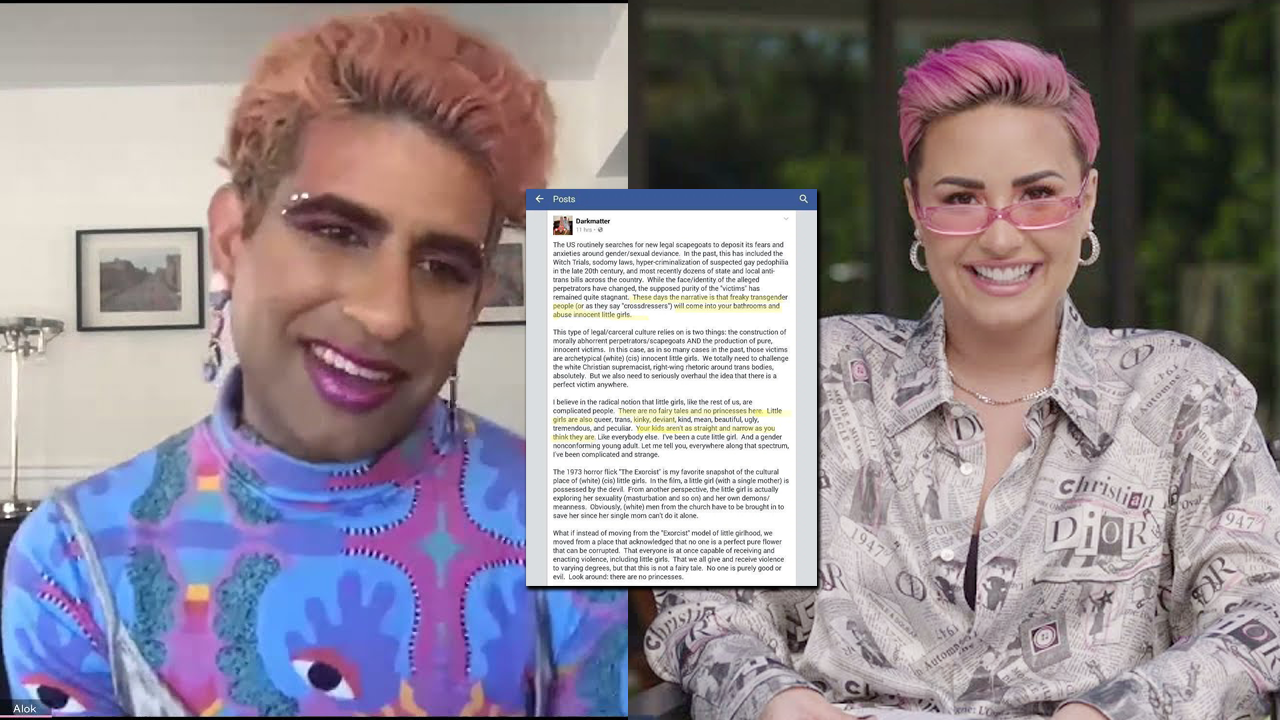 The quote appears to be credible and sourced from a Facebook page ran by Alok called ‘Darkmatter’. Throughout the post Alok explains how there are “no perfect victims” in regards to little girls who are in bathrooms that trans people enter. The rant goes on to describe “little girls exploring their sexuality”

While it appears that many individuals on Twitter who have attempted to raise the alarm about this disturbing post have been banned, many people on social media are questioning the celebrities that have been platforming and signal boosting Alok.

Demi Lovato recently featured Alok in her YouTube series “4D With Demi Lovato”. The top comments on the video are from people demanding answers as to why she would work with someone who allegedly sexualized little girls.

You can watch my full video unpacking the allegations against Alok Vaid-Menon below.