Arizona Democrat Senators Mark Kelly and Krysten Sinema have both criticized President Joe Biden for his response to the crisis at the southern border in Arizona and Texas. 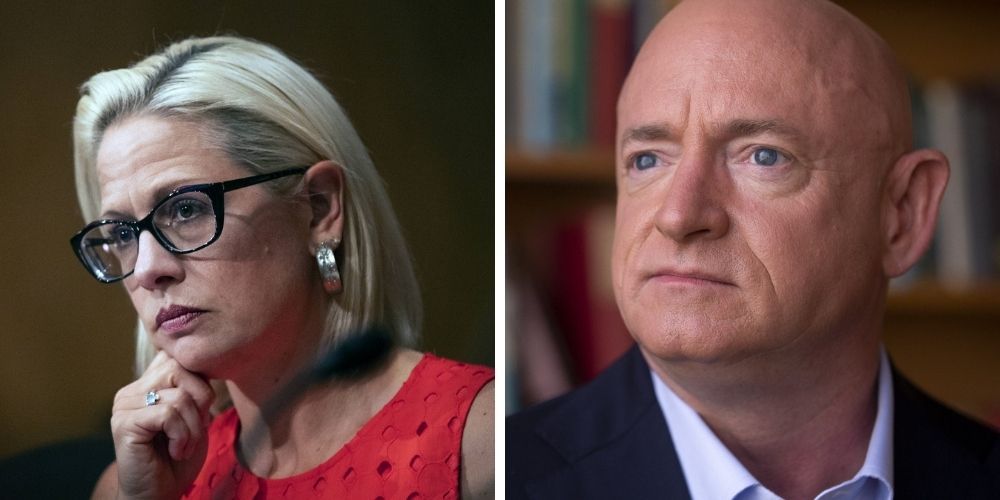 Arizona Democrat Senators Mark Kelly and Krysten Sinema have both criticized President Joe Biden for his response to the crisis at the southern border in Arizona and Texas.

"I've been down to the border, Douglas and Yuma. I’ve talked to sheriffs and mayors, and the two sector chiefs and their leadership teams. We've got a problem. The federal government has failed on this issue for decades now. Washington has to do better, and Arizonans are fed up. So, I'm just going to call it like I see it," Sen. Kelly told reporters last week.

Sen. Sinema said Wednesday that the state’s resources, plus the already existing federal officers on the border are not enough to handle the number of immigrants illegally crossing over in the Tucson and Yuma regions in Arizona.

Sinema recently proposed a bill in collaboration with Republican Senator John Cornyn from Texas. The bill would create more processing centers along the border that would help ensure that immigrants coming into the country are given better living conditions and reduce the strain currently being placed on local resources.

172,000 people attempted to cross the border illegally in March. Either entering between entry ports or at the ports themselves. This was the highest rate in 15 years. Around 18,000 of them were children who crossed without parents, making it the highest number ever recorded in US history.