On Monday, Tennessee state Representative Gloria Johnson published a tweet condemning the widespread use of the chant "let's go Brandon," equating its popular usage to "burning the flag." 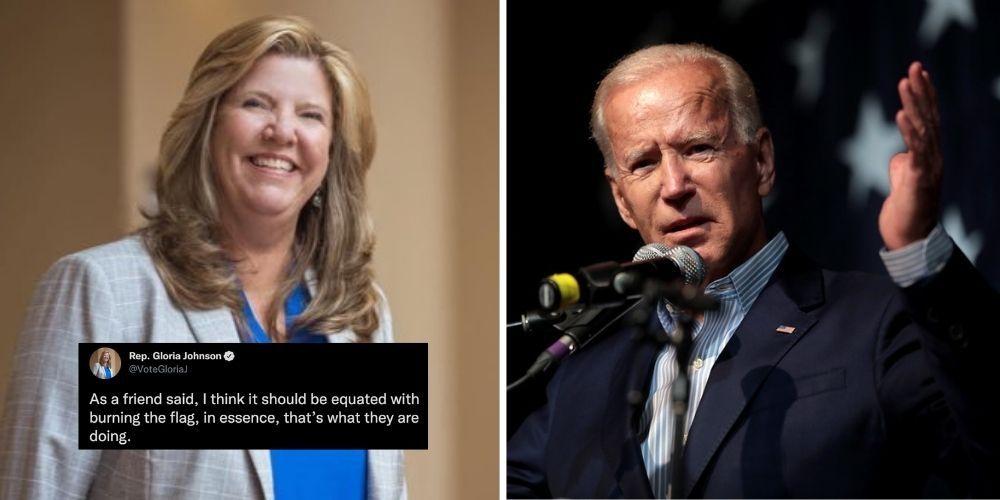 On Monday, Tennessee state Representative Gloria Johnson published a tweet condemning the widespread use of the chant "let's go Brandon," equating its popular usage to "burning the flag."

"As a friend said, I think it should be equated with burning the flag, in essence, that's what they are doing," the Democratic lawmaker wrote.

Johnson was responding to a tweet made by The Tennessee Collar which stated: "'Let's Go Brandon!' is like chanting 'overrated!' at a team even after they kicked your ass."

"Reading is fundamental. It's not a legal take, it's a person's opinion. And as a few were smart enough to understand-both are protected speech," she continued in a thread.

The popular chant was born at a NASCAR Xfinity Series Race at Talladega in October, when an NBC reporter interviewed race winner Brandon Brown about his victory.

Fans in the background could be heard chanting "f*ck Joe Biden."

The NBC reporter misheard the crowd however, telling Brown that the crowd was in fact chanting "Let's go Brandon."

Since then, the chant has spread to sporting and other large events across the country as an alternative to "f*ck Joe Biden."

Last week, White House Press Secretary Jen Psaki was questioned about the chant, and what the president made of it.

"Across this country, we've seen this new phenomenon lately chanted at sporting events and on signs. The phrase is 'Let's Go Brandon,' a sort of code for a profane slogan attacking President Biden. What does the president make of that?" the reporter asked Psaki at the White House press briefing.

"I don't think he spends much time focused on it or thinking about it," Psaki replied.

The reporter continued pressing, asking "The president said when he came into office on Inauguration Day, he said he was gonna help get rid of the 'uncivil war' in this country. So I guess, through that lens right now, does the president think that there are things he can do differently, or how does he react to the stuff he sees out there, when it is one of his primary promises or desires, to help bring Americans together?"

"Well, it takes two to move towards a more civil engagement and discourse in this country. And the president is going to continue to operate, as you said, from the promise he made early on, which is, he wants to govern for all Americans. He's going to deliver for all Americans, as is evidenced by the infrastructure bill that he is going to sign on Monday," Psaki responded.