Democrats rally to save Newsom from recall effort

Newsom is attempting to characterize the recall and its millions of supporters as anti-vaxxers, QAnon conspiracy theorists, anti-immigrant activists and Trump supporters. 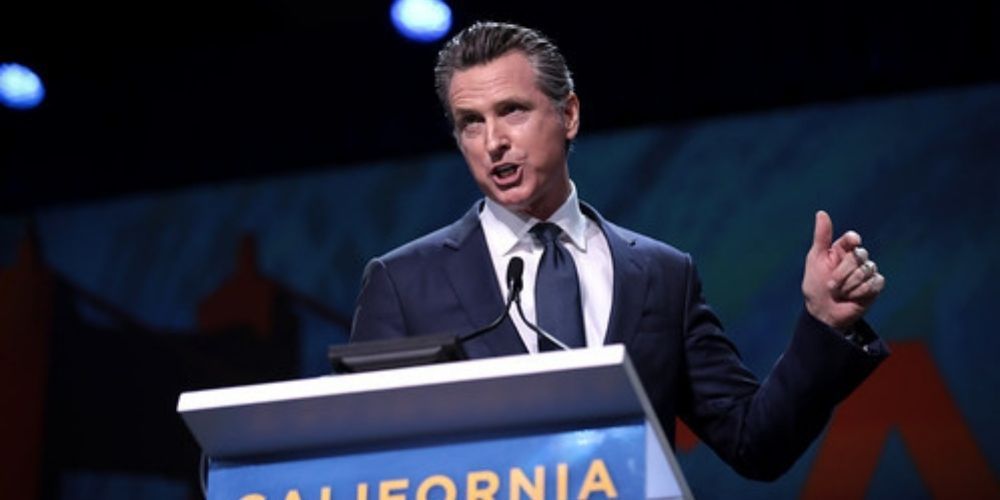 The Democrat party is pulling out all the stops to help California Governor Newsom’s defend himself from a recall effort which last week announced it had collected over 2 million signatures. On Monday, Newsom established a political committee to begin raising money to defend his position against the potential recall election, which needs to verify approximately 1.5 million of the signatures for the effort to qualify for the ballot.

The California Democratic Party announced said on Monday it had donated $250,000 to the effort. Newsom is attempting to characterize the recall and its millions of supporters as anti-vaxxers, QAnon conspiracy theorists, anti-immigrant activists and Trump supporters.

In an email to his supporters Newsom described the recall campaign as a "far-right Republican recall effort." He went on to say that “pro-Trump forces that want to overturn the last election and have opposed much of what we have done to fight the pandemic."

Newsom’s onerous lockdowns did not slow the coronavirus death toll in the state. California has recorded the most deaths of any state in the country despite the closures, meanwhile Florida which has been open since the summer has a comparable death rate, but an older population. Florida also has not subjected its economy to the devastating lockdowns and public school students have had in person learning while many Los Angeles schools remain closed.

The marquee Democrats have unveiled an effort to combat the recall entitled "Stop the Republican Recall." Senators Elizabeth Warren, (D-MA), Cory Booker, (D-NJ), Alex Padilla, (D-CA), Bernie Sanders, (I-VT), as well as Reps. Katie Porter, (D-CA), and Ro Khanna, (D-CA) have all signed on to help Newsom fight back against the recall.

Newsom has also hired political consultant Juan Rodriguez, who served as Vice President Kamala Harris’ campaign manager during her bid for the 2020 Democratic presidential nomination. Stacey Abrams was also listed as a supporter of the campaign.

"Gavin Newsom is resorting to political desperation. He now, finally, has accepted the fact that there will be a recall election being held this year to decide the direction of California and his political fate," said Economy. "For him to continue to label the people's campaign as extremist is sad, pathetic and just goes to show how out of touch he really is."

The White House has said that President Joe Biden opposed any effort to remove Newsom from office.

The multi million dollar recall effort against the Governor began as a response to Newsom’s handling of the coronavirus pandemic and gained momentum following the meal at the French Laundry and after Newsom ordered a second lockdown in response to a surge in COVID cases. Newsom's orders closed businesses around the Golden State but left an exemption for Hollywood production to continue. Last month, Newsom was caught once again inside of a restaurant that was ordered closed under his onerous lockdown restrictions.