"The raid of [Mar-a-Lago] is another escalation in the weaponization of federal agencies against the Regime’s political opponents, while people like Hunter Biden get treated with kid gloves. Now the Regime is getting another 87k IRS agents to wield against its adversaries? Banana Republic." 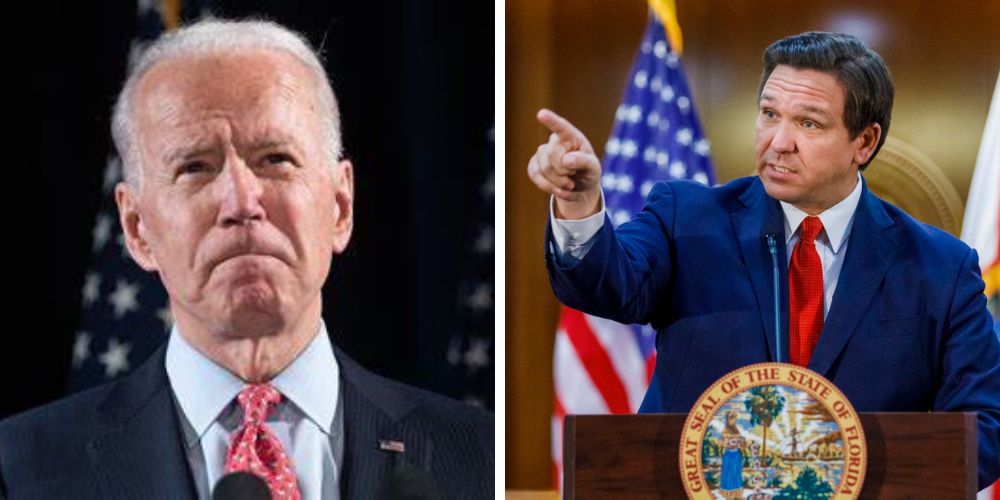 Florida Republican Governor Ron DeSantis slammed the FBI’s Monday raid on former President Donald Trump's home at Mar-a-Lago, saying that the Biden 'Regime' had turned the US into a 'Banana Republic.'

DeSantis posted on Twitter, "The raid of [Mar-a-Lago] is another escalation in the weaponization of federal agencies against the Regime’s political opponents, while people like Hunter Biden get treated with kid gloves. Now the Regime is getting another 87k IRS agents to wield against its adversaries? Banana Republic."

The investigation is focused on classified material that Trump brought with him to Mar-a-Lago when he left the White House. According to The New York Times, Trump delayed returning 15 boxes of material to the National Archives which included documents that were marked as "classified national security information."

In May, federal prosecutors began a grand jury investigation to discover if classified material that ended up at Trump’s home in Mar-a-Lago was mishandled. Typically, these types of investigations are usually for federal authorities to determine if any classified material was compromised so that intelligence officials can take steps to protect sources and methods.

According to Fox News, the White House claimed it did not have any notice of the raid and referred all additional questions to the Department of Justice. According to the outlet, the standard protocol would have made FBI Director Christopher Wray and Attorney General Merrick Garland fully aware of the raid before it occurred.

Correction: It was later reported that these new IRS positions would be phased in through 2031, and some new hires would replace outgoing, retiring IRS employees.