Tinker Bell and Captain Hook are reportedly seen as perpetuating negative stereotypes and fall under the category of characters who could require a disclaimer on the Disney+ streaming service, the report indicates. 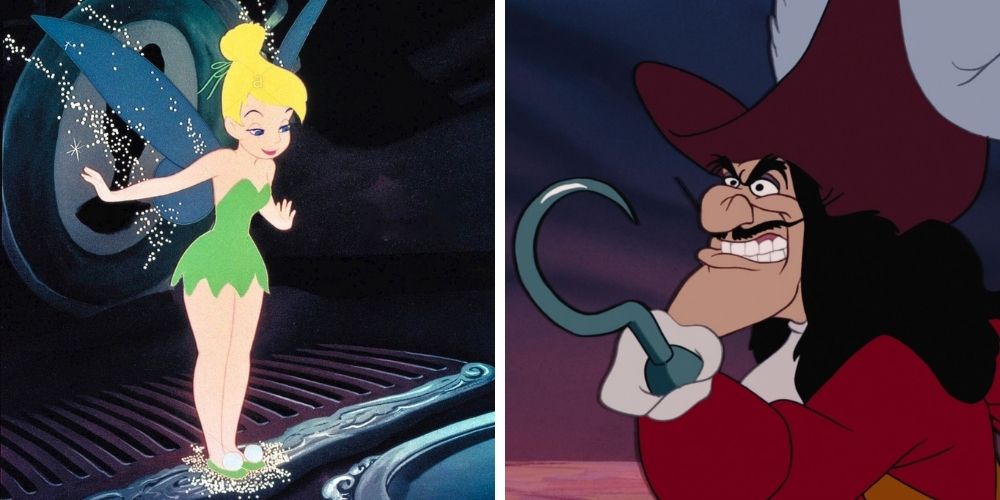 Disney's wokeness continues as they recently labeled iconic characters Tinker Bell and Captain Hook of the classic 1953 animated film Peter Pan as "potentially problematic" in a new report, according to The New York Times.

Tinker Bell and Captain Hook are reportedly seen as perpetuating negative stereotypes and fall under the category of characters who could require a disclaimer on the Disney+ streaming service, the report indicates.

Disney sees Tinker Bell as problematic because there are moments in the movie where she is "body-conscious" and is jealous of the attention Peter Pan gives to Wendy.

Captain Hook is seen as problematic because the prosthetic hook he wears in place of his hand apparently shows prejudice against disabled people because of his villainous nature, according to the article.

Disney executives told The New York Times that the company created a team called "Stories Matter" who were tasked with combing through Disney movies and flagging them for potential problematic characters.

"Stories shape how we see ourselves and everyone around us. So as storytellers, we have the power and responsibility to not only uplift and inspire, but also consciously, purposefully and relentlessly champion the spectrum of voices and perspectives in our world," Disney's Stories Matter Team says on its website.

"As part of our ongoing commitment to diversity and inclusion, we are in the process of reviewing our library and adding advisories to content that includes negative depictions or mistreatment of people or cultures. Rather than removing this content, we see an opportunity to spark conversation and open dialogue on history that affects us all. We also want to acknowledge that some communities have been erased or forgotten altogether, and we're committed to giving voice to their stories as well."

"We can't change the past, but we can acknowledge it, learn from it and move forward together to create a tomorrow that today can only dream of," the Stories Matter Team says.

Other characters and movies targeted by Disney include Ursula of The Little Mermaid, Dumbo, and the Aristocats.

Disney says that Ursula's flamboyant behavior is potentially homophobic as she comes across as "queer-coded," according to the Times article. The report says that Ursula's dark complexion and light-purplish skin tone could be seen to critics as racist.

The team notes that a crow murder in Dumbo is a "homage to racist minstrel shows, where white performers with blackened faces and tattered clothing imitated and ridiculed enslaved Africans on Southern plantations."

In Aristocats, a cat with slanted eyes and buck teeth is described by the team as "a racist caricature of East Asian peoples," according to the report.

The following advisory will appear on content flagged by Disney, which will appear before the film is played:

"This program includes negative depictions and/or mistreatment of people or cultures. These stereotypes were wrong then and are wrong now. Rather than remove this content, we want to acknowledge its harmful impact, learn from it and spark conversation to create a more inclusive future together," the advisory reads. "Disney is committed to creating stories with inspirational and aspirational themes that reflect the rich diversity of the human experience around the globe."