Does the President of the United States mean what he says?

If Biden misspoke about sending troops to Ukraine, and was wrong about calling for regime change, then it must be asked: who is running the country? 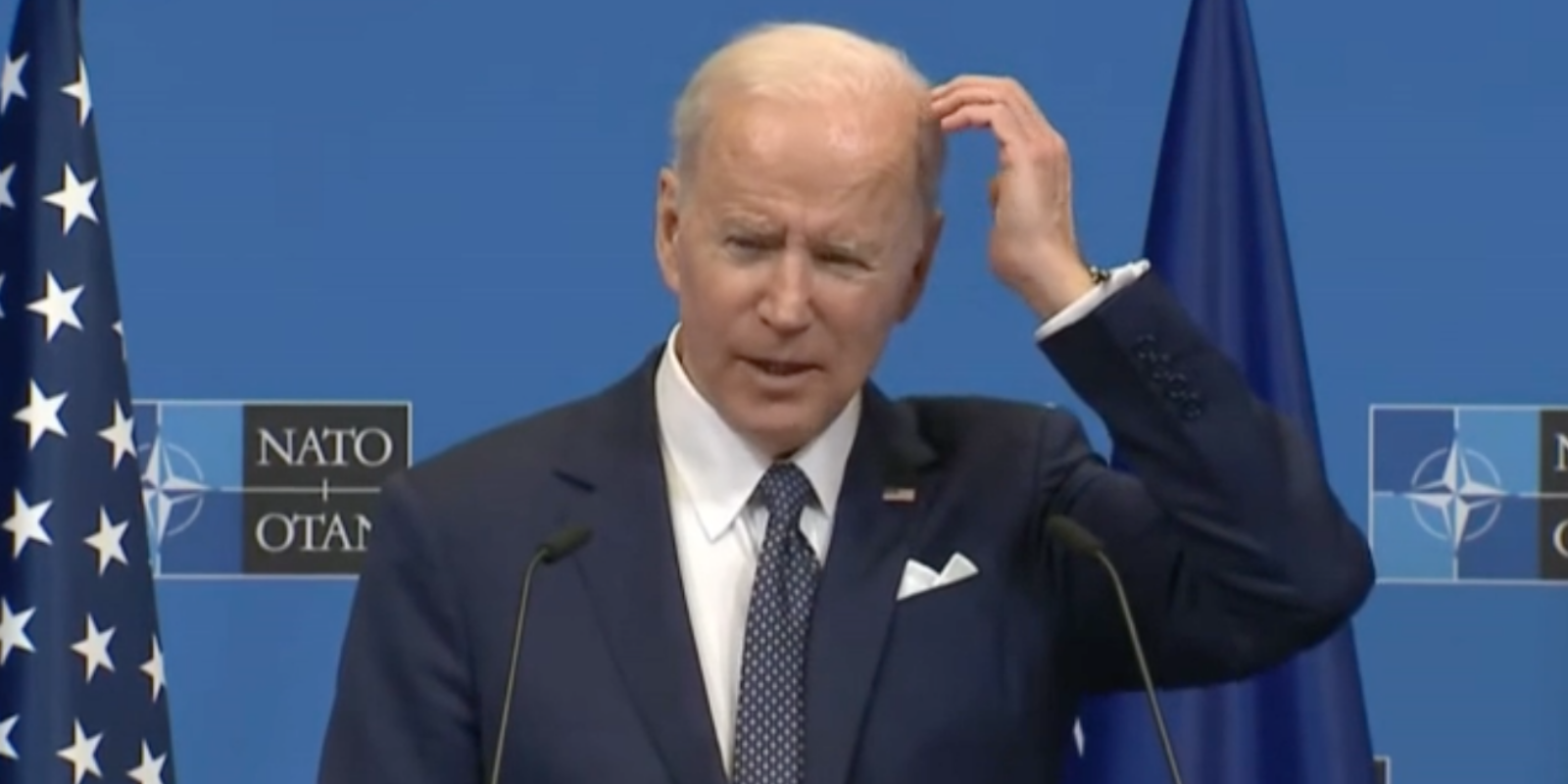 Does the President of the United States mean what he says? Last week, he said that the US 82nd Airborne would see what conditions are like on the ground in Ukraine when they're there, meaning that US troops would be deployed to Ukraine.

This was a stark departure from every previous statement the White House made about the likelihood of the US military heading to Ukraine and waging a ground battle against Russia.

After the President made these remarks to servicemen and women in Poland, the White House walked it back, saying that Biden did not mean to say that US forces would be deployed to Ukraine, even though that's what Biden indicated with his comments.

In response to this, a White House spokesperson said that "The President has been clear we are not sending US troops to Ukraine and there is no change in that position."

And yes, the President and his spokespeople had all said that the US would not be sending troops to Ukraine. They said further that the US and NATO would not be considering implementing a no-fly zone above the war-torn nation, either, as that would result in the advent of World War III.

So what did Biden mean when he said it? Why would he say this if he didn't mean it? And if he said it because he meant it, who is behind the scenes saying, essentially, that the President doesn't mean what he says?

It was just the next day when Biden made remarks about Russian President Vladimir Putin, saying that Putin "cannot remain in power." This, too, the White House walked back.

"For God's sake, this man cannot remain in power," Biden declared. Right after that pronouncement, the White House issued a denial of Biden's call for a regime change in Russia.

"The President's point was that Putin cannot be allowed to exercise power over his neighbors or the region. He was not discussing Putin’s power in Russia, or regime change," a White House official said.

If what he says publicly gets instantly countermanded by the people who supposedly work for him, do they work for him or are there positions of authority reversed?

How many times is the White House going to contradict the President? Just last week, also during the Europe trip, Biden said that if Russia used chemical weapons that "would trigger a response in kind." Pentagon spokesperson Jake Sullivan made a statement after the fact that "the United States has no intention of using chemical weapons, period, under any circumstances."

In December, Biden said there was "no federal solution" to Covid-19, the pandemic that everyone has conveniently forgotten about as the war in Ukraine continues. The White House walked that back.

In January, Biden called into question the legitimacy of the upcoming midterm elections. Biden was asked about whether the "upcoming election would be fairly conducted and the results would be legitimate." The White House walked that back, too.

In April, the administration had to walk back Biden's claims that former President Donald Trump knew that Putin was putting a "bounty" on the heads of US servicemen and had done nothing about it.

"President Trump, the commander-in-chief of the American troops in a dangerous theater of war, has known about this for months, according to The New York Times, and has done worse than nothing. Not only has he failed to sanction or impose any kind of consequences on Russia for this egregious violation of international law, Donald Trump has continued his embarrassing campaign of deference and debasing himself before Vladimir Putin," Biden said.

It turned out that the reports that Putin was engaging in this behavior were false, but Biden had boosted them anyway, and the White House had to walk back the comments.

If Biden misspoke about sending troops to Ukraine, and wrong about calling for regime change, despite being the President who we are continuously told is in full charge of his faculties, then it must be asked: who is running the country? Who is in charge? Does the President mean what he says? Does he have the authority to speak on behalf of the nation? When the President speaks, who is he speaking for?

It is hard to believe that other nations or their leaders could have confidence in the President's words when his own White House team continuously walks back, contradicts, and obfuscates what he's said in order to align with a White House view that increasingly does not seem to be directed by the Commander-in-chief.

If the President is not able to speak accurately for his plans, policies, and views, or for the nation, then who is?