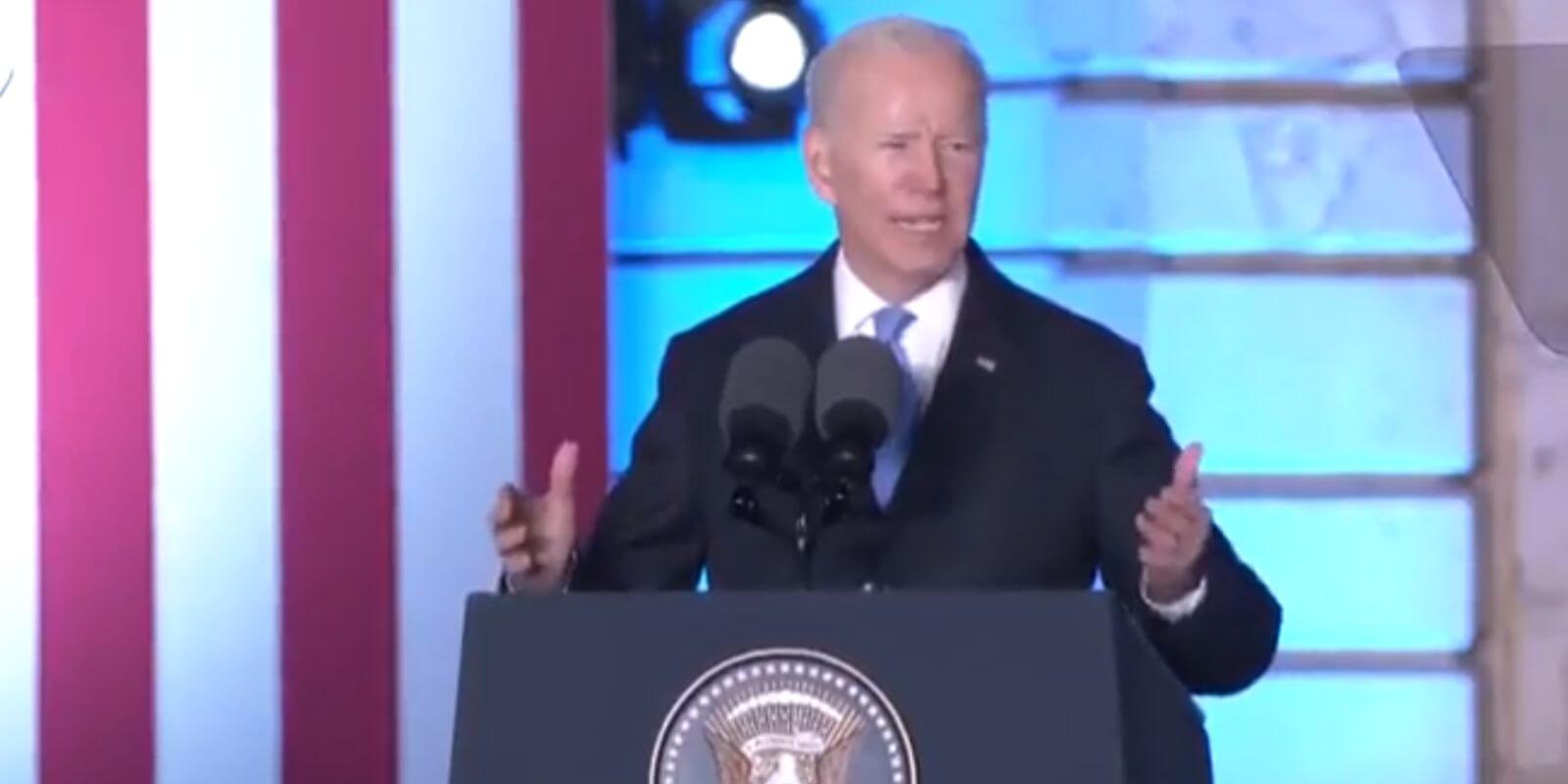 President Joe Biden said during a speech Saturday in front of the Royal Castle in Warsaw, Poland, that Russian President Vladimir Putin "cannot remain in power."

However, just after Biden's address, the White House denied that Biden was calling for regime change. "The President's point was that Putin cannot be allowed to exercise power over his neighbors or the region. He was not discussing Putin’s power in Russia, or regime change," a White House official told Fox News Digital.

"We stand with you. Period," he addressed the Ukrainian people. The audience included Ukrainian refugees who had fled to nearby Poland. After meeting with Ukrainian refugees, Biden called Putin "a butcher" over his military actions.

Biden has had strong words for Putin in recent months. He said mid-month he considers Putin "a war criminal." Biden said Putin is "inflicting appalling, appalling devastation and horror on Ukraine, bombing apartment buildings, maternity wards, hospitals. I mean, it's God awful." He urged world powers to unite in support of Ukraine to make "Putin pay a very heavy price."

So far, the heavy price has consisted of economic sanctions on Russia and its elites. Private companies have also halted business operations in Russia over the war.

In an apparent gaffe Friday, the US president told American troops they'll witness the conditions in Ukraine and its resistance "when you're there."

"Look at how they're stepping up," Biden told US troops in Poland. "You're going to see, when you're there, and some of you have been there, you're going to see women, young people, standing in the middle, in front of the damn tank, just saying, 'I'm not leaving. I'm holding my ground.' They're incredible."

Biden's administration was quick to clean up the president's language by issuing a statement claiming the US position on deploying soldiers had not changed.

"The president has been clear we are not sending US troops to Ukraine and there is no change in that position," a Biden spokesperson told the New York Post.