While many of these declarations coming out mention the sufferings caused by Russia’s war against Ukraine, others cite the element of unpredictability from the international upheaval the invasion has caused. 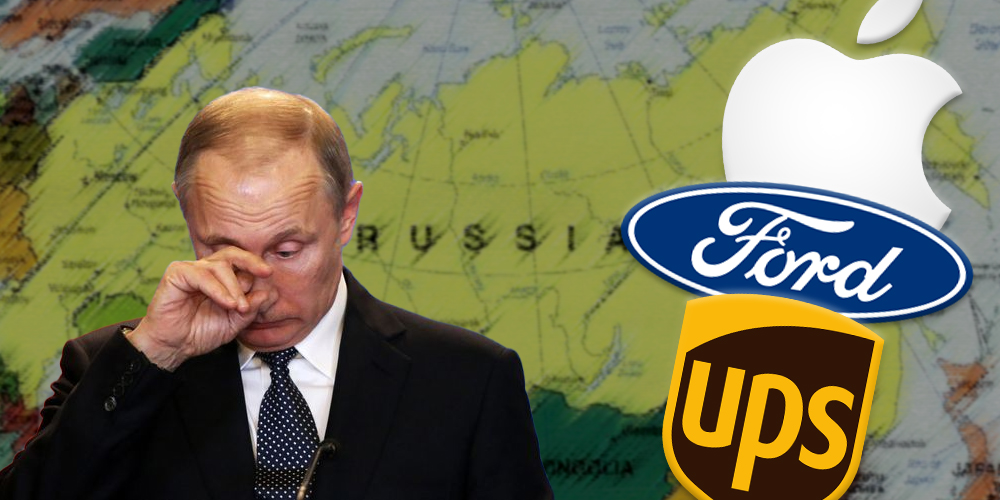 Major corporations and private companies like Apple and Ford, in addition to shipping and mail delivery conglomerates, have publicly stated they’re cutting ties with doing business with Russia for the foreseeable future.

It was a week ago when US President Biden unleashed a lengthy list of economic sanctions against Putin and his allies, and the domino effect of further punishments have been decided in the days since then.

One of the most recent examples: the CEO of Ford put out a statement saying "effective immediately, Ford is suspending our limited operations in Russia and taking action to support the Global Giving Ukraine Relief Fund."

While many of these declarations coming out mention the sufferings caused by Russia’s war against Ukraine, another concurrent theme is the element of unpredictability from the international upheaval the invasion has caused.

On a practical level many countries have banned Russian aircraft from their skies.

Ford joins a growing list of business operations and firms that are taking action against President Putin and the Kremlin.

In recent days, oil giants BP and Shell cut ties with their Russian counterparts as well. When it comes to the sports, the International Olympics Committee made a recommendation to ban Russian athletes from the Chinese Paralympic games. Russia was also ousted from the world of soccer on Monday in regards to FIFA and UEFA tournaments.

"FIFA and UEFA have today decided together that all Russian teams, whether national representative teams or club teams, shall be suspended from participation in both FIFA and UEFA competitions until further notice," their statement read.

A vector of the western response to the Ukraine invasion has extended to the Russia Today network. On Tuesday, DirecTV announced they’d be "immediately" cutting ties with the outlet. So far Facebook has removed ad capabilities for RT and then further restricted access to that outlet as well as Sputnik in the European Union region.

Twitter’s response measure is more direct labeling and reducing the visibility of tweets that link to "Russia state media." YouTube followed a similar pattern to Facebook when it came to suspending ad capabilities before directly blocking these channels in the EU.

These actions come as Russia continues its invasion into Ukraine, forcing thousands to flee towards the west to escape.