Terry McAuliffe and Democrats have repeatedly used an anti-Trump to rally their own base. 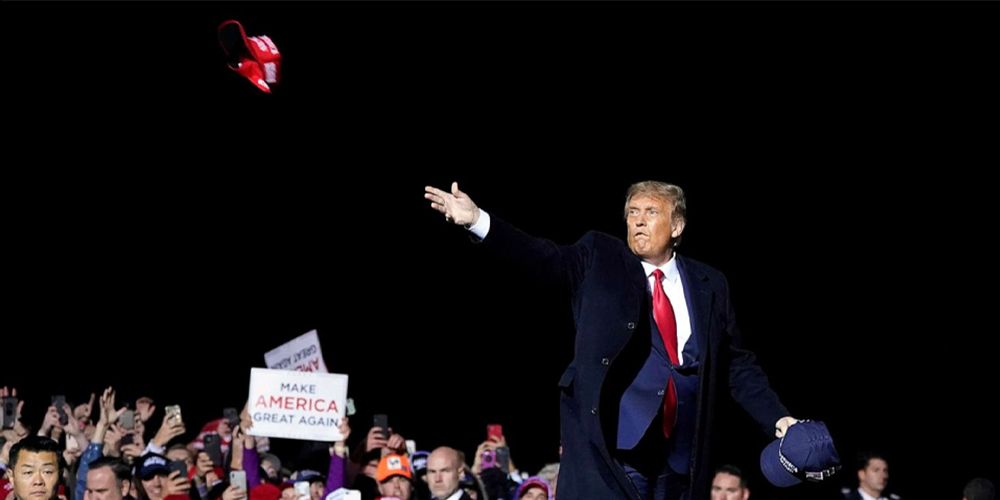 The previously hinted-at plans for former President Donald Trump to rally for Glenn Youngkin in Virginia have solidified, but not in the way initially expected.

As laid out by Bloomberg, the former President of the United States is going for the "tele-rally" route instead. It’ll happen on Monday, November 1st, a day before the official election day.

The outlet points out that Biden invoked Donald Trump at this Tuesday’s rally he held in-person with McAuliffe. The issue of Trump’s involvement being made a Democrat talking point.

The plans made by Donald were hinted at on Wednesday, with a vague "see you soon!" nod given by Trump in one of his now-usual press release statements.

On Wednesday, Terry McAuliffe himself used the hints of a Trump rally as a rallying cry.

Reports of campaign material from McAuliffe’s people show his team is backing on the fact Glenn Youngkin is endorsed by Trump is something that favors the Democrats in the election turnout.

Earlier on Thursday afternoon Youngkin reportedly said Trump was "not coming. And in fact, we’re campaigning as Virginians in Virginia with Virginians."

Technically that’s still true. Former President Trump also recently rectified a remark he made earlier this month. When discussing solving "the Presidential Election Fraud of 2020," he had said it’d depress the turnout of 2022 and 2024.

Today, Trump realized he had to clarify that’s what he meant. Some had interpreted it as a direct call-to-action.

"The statement that I made a few weeks ago saying that Republicans will not vote if the Election Fraud of 2020 is not fixed, was in no way meant to imply that I would tell them not to vote, but rather that they may not have the incentive to vote if the election process is not fully remedied, and quickly."

The day of the election is November 2nd.