Each year, the downtown area of Toronto is flooded with participants in what is one of North America’s longest-running LGBTQ celebrations. More than 150 groups and organizations are set to participate in the June 23 parade. 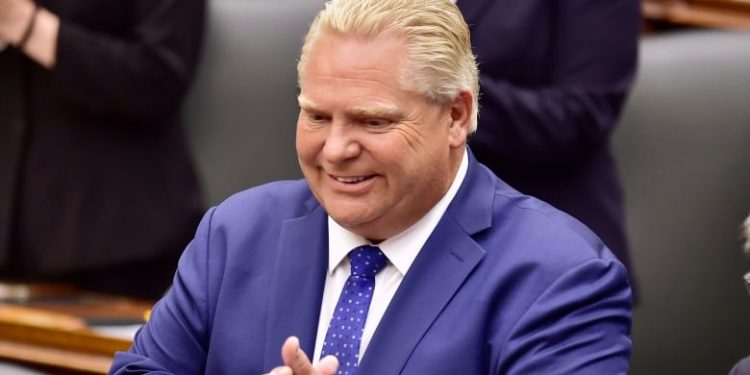 Premier Doug Ford has declared that he won’t be participating in the Toronto Pride parade, due to the exclusion of in-uniform Toronto police officers.

This will mark the second consecutive year of absence in Toronto’s Pride parade.

According to Premier Ford’s spokesperson, Ford will attend the parade when Toronto’s police force is allowed to return in uniform.

“He wishes all the organizers of Pride Toronto all the best for a successful month and festival weekend,” Ivana Yelich said in an email to the CBC.

Last year, when Ford skipped out on the festivities, he stated that his “main focus is the economy, making sure we create jobs and have this province thrive. I am zoned in on that.”

Each year, the downtown area of Toronto is flooded with participants in what is one of North America’s longest-running LGBTQ celebrations. More than 150 groups and organizations are set to participate in the June 23 parade.

It’s also of note that the late Rob Ford, Premier Ford’s brother, did not attend any LGBTQ parades during his tenure as mayor of Toronto, citing a family weekend at the cottage would prevent him from visiting any such festivity.

Toronto police have not participated in the annual event since 2017, amid tensions between the police force and the LGBTQ community.

Black Lives Matter Toronto’s 2016 demonstration demanded that police officers and vehicles no longer be apart of the parade right down the city’s core.

The LGBTQ community and Pride Toronto have been working with Mayor John Tory in an effort to improve strained relationships, though tensions are still reportedly high.