Ontario Premier Doug Ford has predicted that Ontario will lift their lockdown and economic restrictions by Victoria Day. 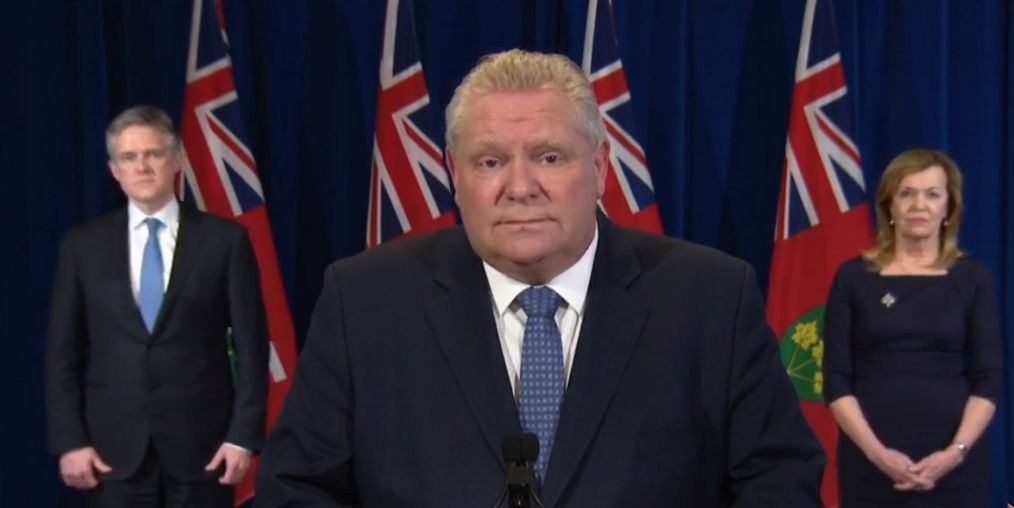 Ontario Premier Doug Ford has predicted that Ontario will lift their lockdown and ease some of their economic restrictions by Victoria Day, according to CTV News.

Speaking on an Ottawa radio show, Ford expressed caution in how he would reopen the economy over the next few weeks and pointed to Victoria Day as a realistic target.

During Wednesday's press conference, Ford clarified that the re-opening would be gradual. "There’s never going to be one date that we just open up the economy. We’re going to open it up with a trickle, and just let it flow from there," he said.

New coronavirus data has suggested that Ontario is dealing with the pandemic better than was predicted, which has placed pressure on Ford to lift economic regulations.

Having said this, Ford has made it clear that his first priority is the health of Ontarians.

"Our biggest fear, and the public's biggest fear, is a spike again and it comes back for a second wave. That's what keeps me up at night," he said.

Since the beginning of the pandemic, 12,245 cases of coronavirus in Ontario. 659 people have died as a result of the virus.

In Ontario, long term care homes have taken the brunt of this crisis with at least 400 coronavirus deaths taking place in this setting.