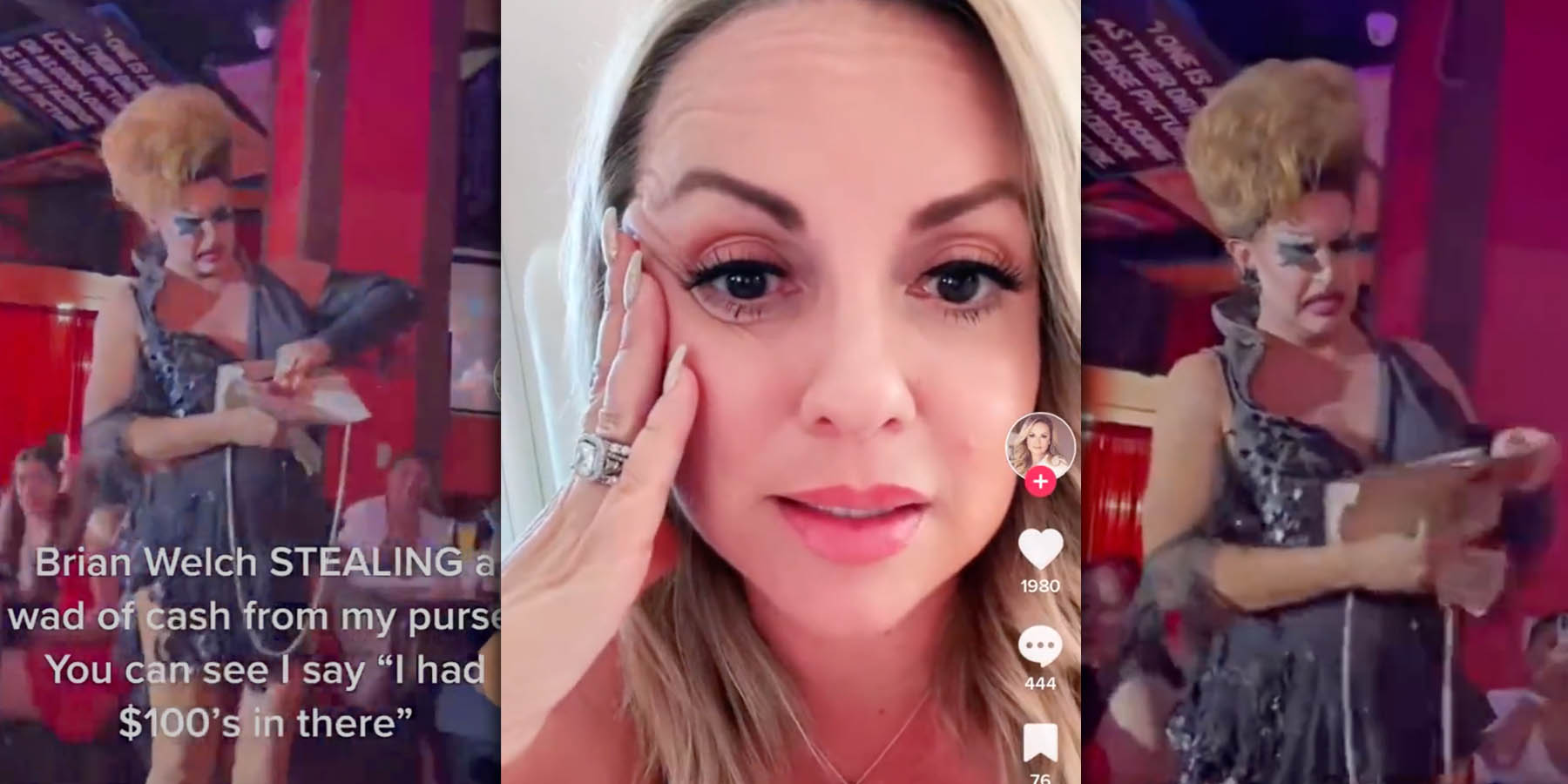 A woman took to social media after she witnessed a drag queen steal a wad of cash out of her purse during a performance, and refused to return it. Bryan Watkins, known under his stage name as Shannel, has been accused of stealing "$500-700" at the Drag Brunch at Señor Frog's at the Treasure Island Hotel in Las Vegas.

Popular social media account Libs of TikTok shared the video on Twitter Wednesday. "A drag queen allegedly stole money from this woman’s purse who apparently thought it was a joke at first until she realized she’s not getting her $ back. The venue offered to return the money if she deletes her series of TikTok videos about it because it’s 'inciting violence.'"

The woman, who goes by the username @meggymomma, was visiting Las Vegas for a weekend birthday trip with friends and family and decided to attend the Drag Brunch as part of her birthday celebration. Meggy believed the stunt to be a gag, and that her money would be returned after the show, but when she confronted Watkins, he would not return the wad of cash he was caught on video taking.

"I had about $1300 in there, and after I looked I had about $350, give or take, and I believe he took around 5 to 700 dollars," she said in a TikTok video on Monday. Meggy says that Watkins denied stealing anything more than "a dollar," called her a 'Karen' and asked her to leave the establishment.

Meggy then went to management and said they were dismissive, "They said they don't know if they're going to give us our money back." She said she also called the police to file a report against Watkins. That's when she took to TikTok to share her experience and the videos instantly went viral.

On Tuesday evening, Meggy shared an update from email correspondence she had with Voss Events, who produce the Drag Brunch at Señor Frog's. According to Meggy, Voss Events offered to reimburse her $700 on the condition that she remove her TikTok videos about the incident, who said she is inciting "violence and hate" toward LGBT-identified people. "And then I was told if I don't take it down, that Shannel is going to have to make a public statement that I won't like," she added.

Watkins initially stayed quiet on the situation, but due to media frenzy, took to Instagram on Wednesday to release a statement of his own. Watkins has a large social media following, due to his television appearances competing on the first season of Drag Race and later on the first season of RuPaul’s Drag Race: All-Stars. Out of drag costume and makeup, Watkins disputed the amount of money that was taken and claimed to have received death threats since the original TikTok was released.