Libs of TikTok posted a 16-second video from a Florida bar's "Drag Queen Brunch" where the performer sashays with a small child. 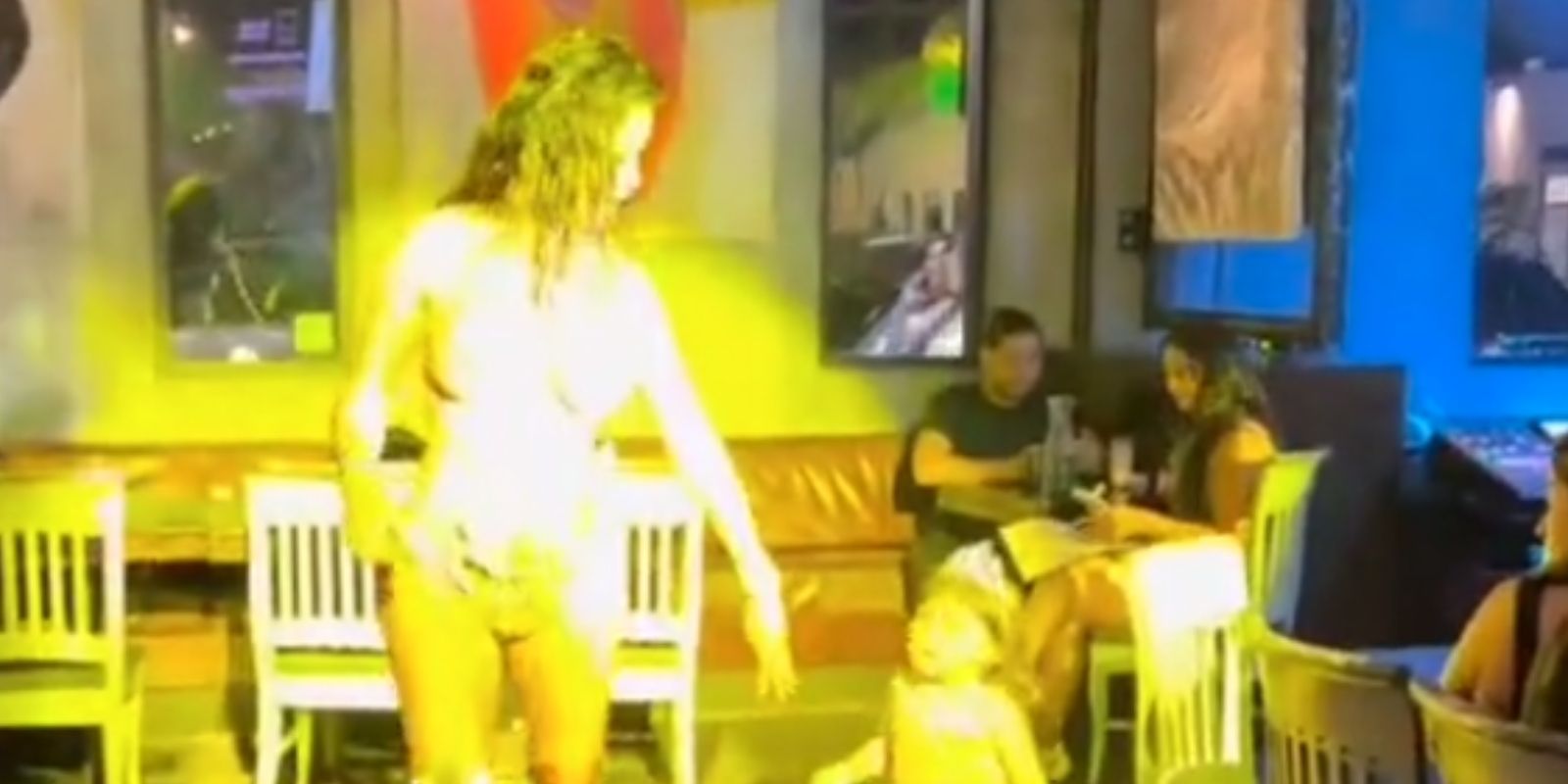 A viral clip of a nearly naked drag performer proudly sashaying with a small child at a Miami, Florida bar and restaurant is sparking outrage.

On Sunday Libs of TikTok posted a 16-second video of an unnamed drag queen who also appears to be transgender prancing around in a thong, topless, while pulling along a little girl in a tiara who The Daily Mail speculates is between 2 and 4 years old.

This event is another in the phenomenon of exposing children to hypersexualized drag performances. In June, video emerged of a child performing in drag for adults at a Nebraska brewery 'Pride Drag Brunch.' "Child-friendly" drag events have been popping up throughout the country, some where children are exposed to convicted sex offenders.

In the video, the child mirthlessly gazes up at the towering performer who takes the little girl's hand and leads her in several back-and-forths along the bar. The drag artist can be seen wearing lingerie and small pasties over gigantic dirigible-shaped breasts. Money is stuffed in the performer's skimpy outfit and the little girl can be seen holding cash as well.

This drag-child pageantry happened during a "Drag Brunch" at Miami bar R House Wynwood which describes itself as "a unique casual fine dining restaurant and lounge with an integrated gallery right in the heart of the vibrant Wynwood District in Miami."

The bar's website lists multiple drag events at the venue with "Drag Brunch" featured most prominently. The description of the event reads, "Brunch has NEVER been so entertaining. $55 per person. High demand. Reserve early!"On Twitter, users were outraged.

Comments on the bar's social media have been overwhelmingly critical of their exposing children to drag with many comments on Instagram calling them "pedophiles," and "groomers."