"This is what FRONTLINE journalism and reporting should be," Hernandez stated. 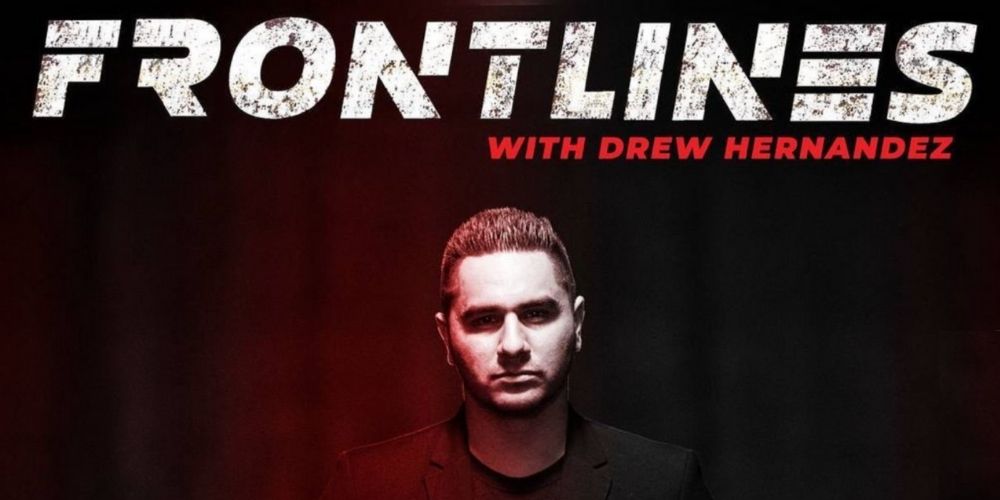 The show, which premieres on Feb. 22, will feature breaking news stories revolving around Hernandez's original reporting on some of the most explosive, consequential, and controversial stories of the day.

"Frontlines" will also feature on-the-ground field reporting from Hernandez alongside other journalists who will join the show from across America, breaking important scoops and challenging dominant media narratives.

"Drew takes a bold stance against socialist, Marxist, and globalist anti-American agendas and combines that with a fearlessness to rush into stories most people are running away from," said TPUSA's chief marketing officer Marina Minas.

"Drew's journalism takes aim at Millennial and Gen Z audiences that have been let down by the mainstream news media and his new show will help young people see the truth about what’s really happening in America. We can't wait to see what exclusive stories and footage Drew is able to deliver on a weekly basis on TPUSA LIVE," Minas added in the press statement.

Hernandez's previous reporting includes stories from the Antifa riots in 2020, including covering the Kyle Rittenhouse shootings, where Hernandez later served as eyewitness testimony in the high-profile trial; human trafficking at the southern border; as well as various protests, campaign stops, and political rallies.

"Real Journalism and reporting have been on the decline for years now. Simply turning on the news and actually getting the news seems like something that is in a far-out distant land now. Instead of reporters, we now have activists. Instead of journalists, we now have propagandists. And instead of news, we now get pre-approved narratives," Hernandez wrote in a post on Turning Point USA's website announcing his contributor status.

Hernandez went on to say that when something occurs, the viewers want to know the facts, not opinions. "There will always be room for commentating and opinions, which is fine, but the news itself should not be a narrative that is shaped for the viewer to digest," Hernandez stated.

"Truth and integrity are lost arts, especially in the media. Maybe because we live in a generation of lies at this point, but that doesn’t mean we still can’t be different. The only way to truly shine is to simply tell the truth in an ocean of darkness, going where no one will go, showing what no one will show, communicating what no one will communicate. To put it simply, telling the truth," Hernandez  continued.

"This is what FRONTLINE journalism and reporting should be," he concluded.