According to a CBP source, there have been 46,000 illegal crossings in that Del Rio sector since October 1. 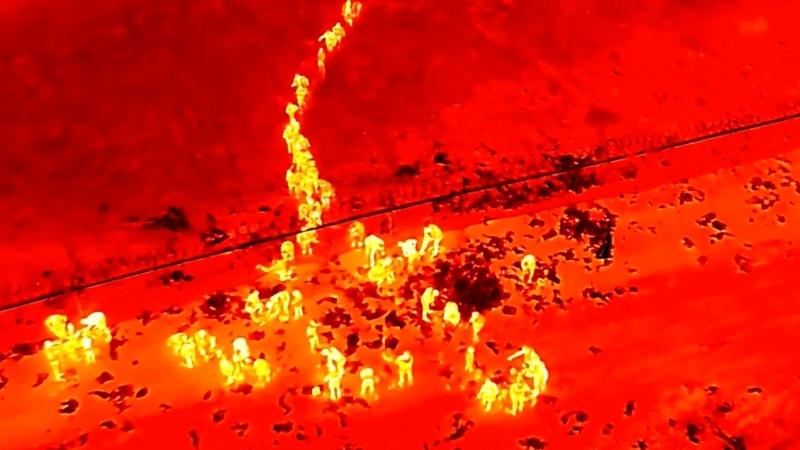 Olivia Rondeau
Nov 5, 2022 minute read
ADVERTISEMENT
ADVERTISEMENT
For the fifth day in a row, a huge wave of migrants was spotted on thermal drone footage crossing illegally into Normandy, Texas on Saturday.

According to Fox News correspondent Bill Melugin, big groups of illegal aliens show up at the same location and time before sunrise every day, and are met with "no resistance."

During an appearance on Tucker Carlson Tonight, Melugin detailed the illegal crossings.

"Normandy is a tiny little town on the northern outskirts of Eagle Pass. And you can see as these illegal immigrants come in, they just kind of snake in through the brush right after they come across the Rio Grande," the reporter said of the drone footage showing hundreds of people making their way into the country.

According to a Border Patrol source, "as of this morning in just a 24 hour span in this sector, there were more than 1700 illegal crossings," said Melugin, who noted that the majority of the migrants were "single adults" from Cuba, Colombia, Nicaragua, Uruguay, and the Dominican Republic

"You see them just walking in this single file line, willing to give themselves up and surrender to Border Patrol. They're doing that because they know once they step foot in the United States, under the Biden administration's policies, they're likely just going to be released into the United States rather than removed from the country," added Melugin.

"No migrants ever tell us they believe that the border is closed, as they are crossing it illegally," he continued.

According to a CBP source, there have been 46,000 illegal crossings in that Del Rio sector since October 1.

According to CBP data, nearly 2 million migrants have been encountered crossing the southern border in the 2022 fiscal year. In 2021, that number was 1,734,686.
ADVERTISEMENT
ADVERTISEMENT
drone footage