"The idea behind decolonising maths is that because everyone should be regarded as equal, the status of their beliefs must also be equal," argues Professor Doug Stokes. 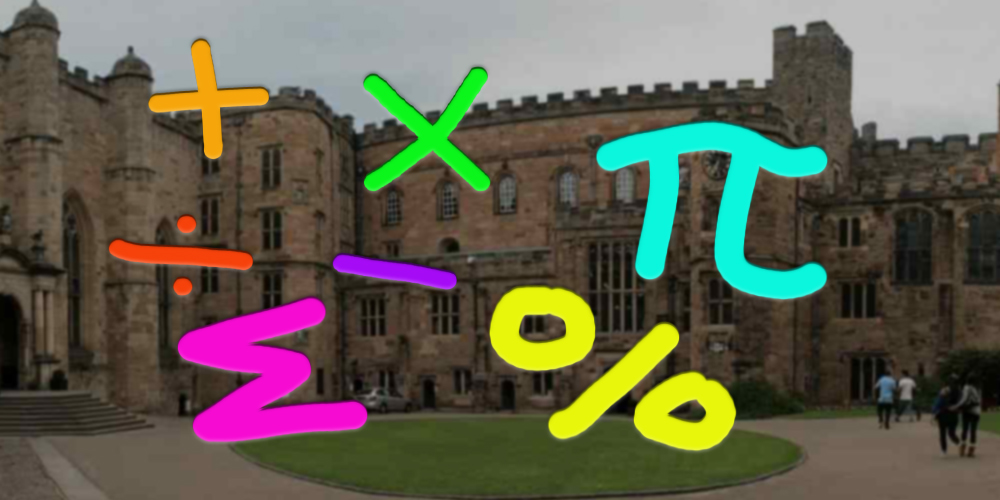 Durham University has introduced a new "ethnomathematics" agenda that argues in favor of a link between "mathematics and culture."

A similar framework is said to happen for the British university’s other departments.

A recent report by The Telegraph outlines how Durham University’s "decolonisation campaign" has shaken up how their math department operates.

In practical terms it means when teachers set up math examples for students to solve, they don’t want educators using situations like the Titanic constantly. Instead they’re now encouraging the inclusion of New Zealand tribes and other such minority groups, urging educators to use examples outside of western culture.

The guide’s author goes as far as claiming math was more important than writing when it came to the advancement of science. They deploy the previous existing wedge between British and American concepts even further, therein.

Another facet of practice outlined in the guide is that staff are advised to give background biographies for the mathematicians whose concepts they use. If the instructor ends up using mostly "white and/or male" figures, they’re urged to reflect on why.

Back in February, UK Conservative Party chairman Oliver Dowden brought this issue up during a speech at an event hosted by the Heritage Foundation in Washington DC. It was an example of how foreign adversaries are using western weaknesses to destabilize social cohesion.

"A West confident in its values would not be obsessing over pronouns or indeed, seeking to decolonise mathematics," Dowden said. "It would be pointing out to would-be aggressors the strength of the values of a free society even in the most desperate of circumstances."

It’s not just mathematics. According to The Telegraph, Durham is following a trend set out by other British universities, and enacting similar political agendas throughout other departments at their own school.

A Durham University spokesperson argued to the outlet: "The maths curriculum our students learn remains the same, but we also encourage students to be more aware of the global and diverse origins of the subject, and the range of cultural settings that have shaped it. Two plus two will always equal four."

The spokesperson believes this political change won’t compromise the field overall. The catalyst for this ideological shift in thinking is often marked by the death of George Floyd in May 2020. As it was immediately thereafter when institutions like the prestigious Oxford University announced their intentions to "decolonise" the school’s degrees.

As for the activist climate at the school itself, Durham had a student walkout happen last December over a free speech talk hosted at Durham University’s South College, where columnist Rod Liddle was to be featured.

The debacle led to a "review" of policies by Durham school officials.

"Woke" progressives on Twitter previously argued for the claim that two plus two could equal five back in August 2020. James Lindsay had posted in jest that the left would come to see 2+2=4 as a white man’s idea. But his ideological critics latched on to it in a serious way.

It was in October of that year that the Mathematics Association of America published a statement asserting: "It is time for all members of our profession to acknowledge that mathematics is created by humans and therefore inherently carries human biases. Until this occurs, our community and our students cannot reach full potential."

The concept has been on display in America alongside the onset of critical race theory injecting itself into public education. In 2020, the "racist math" belief was introduced to California schools, but also in places like Ontario, Canada.