Miguel Cardona didn’t mention the 1619 project by name in his latest update, but stressed the powers of dictating curriculum would stay at the local level. 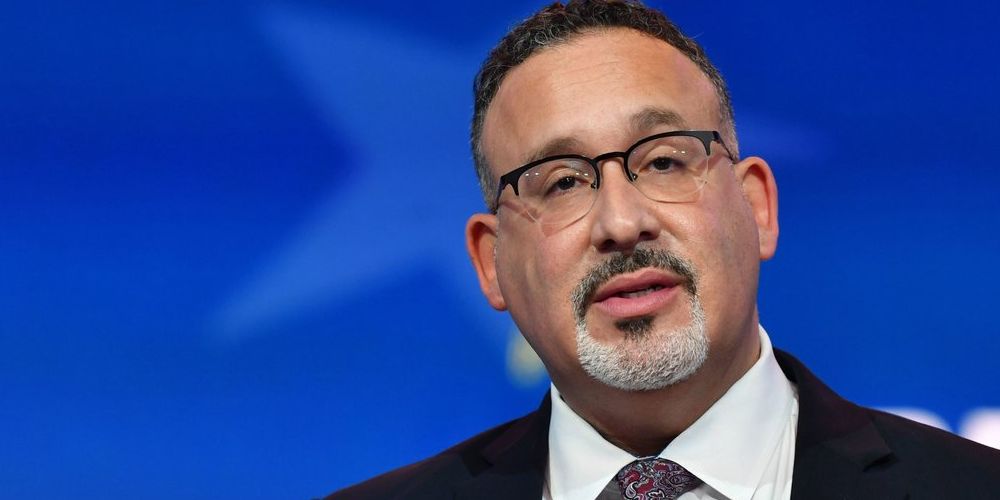 The past several months of public protest from parents about schools pushing racial politics onto children has finally reached the federal level, as U.S. Education Secretary Miguel Cardona publicly backed off any such notion when it came to a $3 million grant program.

As spelled out by the Washington Post, the U.S. Department of Education is walking back their usage of “critical race theory” and CRT related examples like the 1619 project when finding grantees for a $3 million history and civics grant program.

In the outlet’s reporting they claim the CRT mandate was an “accusation” from conservatives.

The 1619 project was name dropped in a rules proposal back in April and people interpreted it as an effort to make CRT training mandatory.

This is explained directly in a blog post put out back on Friday by Education Secretary Miguel Cardona. In emphasizing the importance of teaching American History and Civics, and the opportunities for that provided by grants, Cardona makes it clear when he says: “This program, however, has not, does not, and will not dictate or recommend specific curriculum be introduced or taught in classrooms. Those decisions are – and will continue to be – made at the local level.”

Washington Examiner cites Rep. Virginia Foxx of North Carolina (“the top Republican on the Education Committee”) to help readers see in between the lines.

“Let me be clear: the Department of Education changed its approach to grant funding because parents, students, and Republican leaders stood up in defense of our nation’s history and legacy,” Foxx said in a statement.

This newest blog piece goes on to say the application process merely encourages a focus on diversity in the teaching and learning process. A second prong of encouragement being “information literacy” and helping students suss out disinformation.

The track record of Miguel Cardona from the start as Secretary of Education brought worries that he’d divide the education system between races. His approach to school closures was it being an “opportunity,” and in no hurry to fully reopen them.

In the past week alone, 1619 Project founder Nikole Hannah-Jones praised Communism as solving the problem of racism in Cuba. Earlier on in the month she rounded off her public fuss over accepting tenure at the University of North Carolina by turning them down and going with an offer at Howard University instead.