On Monday night, Elon Musk asked Twitter why they allowing the Libs of TikTok account to receive death threats. 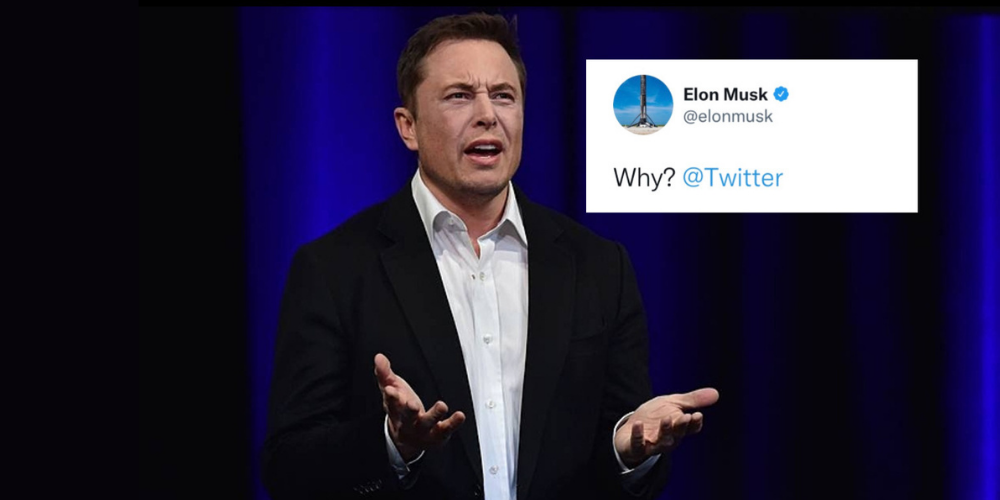 On Monday night, Elon Musk asked Twitter why they allowing the Libs of TikTok account to receive death threats.

Libs of TikTok, the Twitter account dedicated to reposting alarming videos and events from left-wing activists, faced an onslaught of harassment after journalists accused the account of "inciting violence" against the LGBTQ+ community.

The threats of violence and harassment came after a Media Matters employee and other left-wing journalists began a Twitter campaign to get Libs of TikTok permanently removed from the platform for their content, claiming the account was going to be responsible for the death of LGBTQ+ individuals.

Libs of TikTok posted about the threats she was receiving saying "I have now received about a dozen death threats after radical leftists accused me of being a domestic terrorist extremist. Twitter has not removed any of the accounts of those who sent the threats."

Rebel News' Ian Miles Cheong responded to Elon saying, "On a just platform, everyone would be treated equally. As it is, you can be banned for merely criticizing (not even threatening) woke progressives, but they can send conservatives death threats without any repercussions."

"A platform cannot be considered inclusive or fair if it is biased against half the country," Musk replied to Cheong, solidifying the unfair nature of the attacks against Libs of TikTok

Musk’s involvement comes after a number of prominent figures reached out to him regarding the harassment of Libs of TikTok, and Libs of TikTok leaking internal Twitter communications showing Twitter employees discussing the potential ban of their account.

The communications leaked by Libs of TikTok showed a variety of concerning dialogue between Twitter employees discussing the ban, with one employee stating, "We successfully deplatformed Trump, I don't think deplatforming Libs of TikTok will cause a mass exodus."

Human Events’ Jack Posobiec took notice of the gravity of both the leak and Musk’s involvement saying, "As far as I know [Libs of TikTok]  is one of the first people to ever leak actual internal comms from within Twitter. And now she is talking to [Elon Musk]. Things just got a whole lot more interesting."

Elon Musk is set to directly address Twitter employees at an "all hands" meeting this Thursday. Shortly after Musk began the process of buying Twitter in April, Project Veritas leaked audio from a Twitter "all hands" meeting showing executive staff concerned over Musk’s plans for free speech on the platform.