End the lockdown for the sake of compassion

What we now know in May, but did not know in March, is that the global COVID-19 death toll is at the low end of the range of deaths resulting from the annual flu. 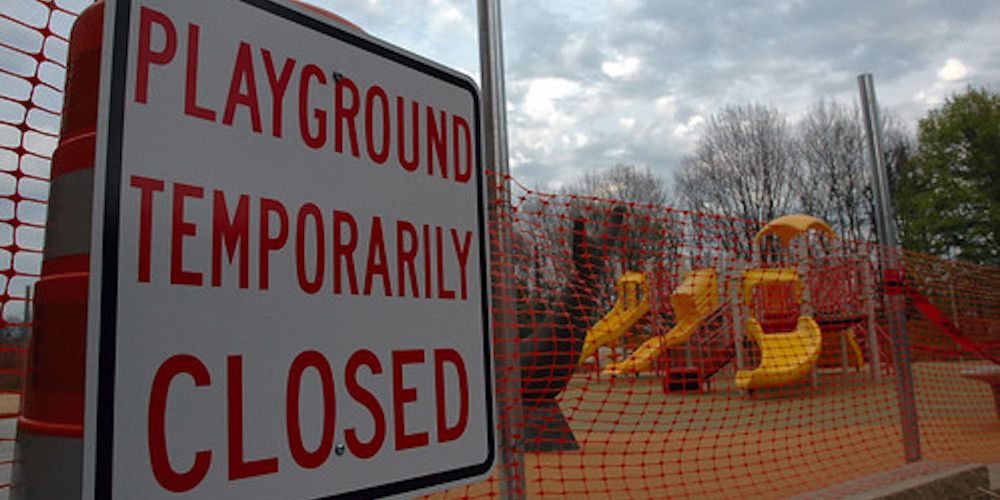 Across Canada, government lockdown policies since mid-March have been motivated by compassion for those at risk of dying from COVID-19.

This compassion was driven by Dr. Neil Ferguson of Imperial College, who predicted in March that as many as 510,000 people in the United Kingdom would die of COVID-19, along with 2,200,000 Americans.

Once unleashed, this "Ferguson Fever" infected the minds of politicians around the globe, as well as the media and the public at large. In the name of compassion, politicians shut down schools, universities, businesses, gyms, recreation and entertainment facilities of every kind, restaurants, bars, pubs, cafes, libraries, mosques, temples, synagogues, churches, and much of the economy.

All of this was based on compassion for the COVID-19 patients who would soon overwhelm our hospitals, needing thousands of ventilators and intensive care units.

Most Canadians, myself included, did not object to these compassion-motivated temporary lockdown measures, sold to us as necessary to "flatten the curve" and save lives. Unfortunately, a few million people were forgotten as politicians and public health officials rushed to shut down society and the economy. Our compassion, it now turns out, was narrowly confined to only one group of Canadians, even to the point of harming so many others.

What we now know in May, and sadly did not know in March, is that the global COVID-19 death toll is at the low end of the range of deaths resulting from the annual flu, which claims between 290,000 and 646,000 lives each year. We also know now that COVID-19 threatens those who are elderly and already very sick, not children and healthy adults.

Yet Dr. Ferguson’s wildly inaccurate predictions are still used by fear mongering politicians to frighten people into accepting the continued violation of their Charter freedoms to move, travel, associate, assemble and worship.

Where is the compassion for the elderly man who has been suffering severe pain, 24 hours per day, for the past six months, whose urgently-needed lower back surgery was cancelled by a Chief Medical Officer?

Where is the compassion for those who now suffer permanent health damage because they could not see their doctor in person, and it now turns out that the examination-by-phone and diagnosis-by-phone were wrong, or failed to detect a serious illness?

Where is the compassion for the immigrant who spent years—even decades—working 60-hour weeks to run his restaurant or dry-cleaning business, and who now faces bankruptcy?

Where is the compassion for the millions of Canadians thrown out of work, many of whom won’t have a job to return to even when (or if?) politicians end the lockdown? Where is the compassion for store and restaurant workers who were suddenly robbed of their ability to pay for rent and groceries, and for the factory workers who can’t make ends meet?

Where is the compassion for the recovering alcoholic, who was doing well until he lost his job and was forced into isolation, cut off from the effective support that only in-person meetings can provide?

Where is the compassion for the young woman who already struggled with severe anxiety and depression before Dr. Ferguson released his exaggerated claims in March? She has been forced to stay home alone for weeks on end, cut off from her support network, her routine, her gym, her recreational activities, her health care providers and hugs from her friends.

Will there be compassion for her if she ends up in a psychiatric institution, or if she kills herself? (And please, let’s not pretend that Skype and Zoom are adequate substitutes for handshakes, hugs and other real human contact.)

Where is the compassion for our children and grandchildren, who will be forced to spend their entire adult lives paying off hundreds of billions of dollars of government debt? Where is the compassion for children who, without a credible scientific or medical basis, have been deprived of performing in their school play; competing in the swim meet they had been training so hard for; proudly showing off their talents to mom and dad at a dance or music recital; receiving their awards at a graduation ceremony; and enjoying summer camps?

Compassion is a good and wonderful thing, which can motivate us to take decisive action, and to endure suffering for a good cause. However, to be useful and effective, compassion cannot be divorced from the need to think deeply and carefully about both the pros and the cons of everything we do. Divorced from facts, reality and reason, compassion can lead to actions that do more harm than good. Harming people through lockdown measures, even if done in the name of compassion, is still harming people.