Adams suggested that the migrants got off the bus earlier than their final destination "because of the fear that something was going to happen to them if they came to this location." 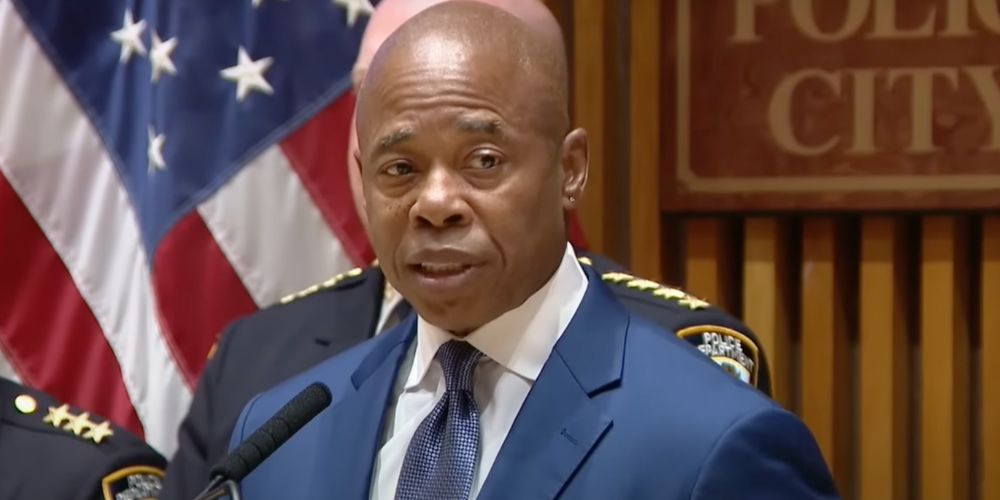 New York City Mayor Eric Adams arrived early Sunday morning at Midtown's Port Authority Bus Terminal to greet a busload of illegal immigrants arriving in the Big Apple, only to discover many of the migrants had absconded for fear of the city's historic crime rate.

According to the New York Post, Adams said, "We were led to believe about 40 people should have been on that bus. Only 14 got off," and suggested that the migrants got off the bus earlier than their final destination "because of the fear that something was going to happen to them if they came to this location."

"And we are concerned about that because we don’t want people being dropped off [just] anywhere," Adams added.

On Friday, a busload of about 50 illegal immigrants sent by Texas Governor Greg Abbott made it to New York City. The Lone Star state leader had promised to relocate the masses of migrants flooding into Texas to blue states whose leadership supported open borders.

Overall, the Biden Administration has seen a record-high number of illegal immigrants pouring into the United States along the country's southern border.

In the 2022 fiscal year, which runs from October through September, 1,746,119 people have been encountered by US Customs and Border Patrol agents along the southern border, according to CBP data. This has surpassed the 2021 fiscal year total of 1,746,119, with three months left to be reported in the year.

Prior to Abbot shipping the migrants to NYC, the Biden Administration had been quietly bussing migrants into Port Authority as well. Adams soon said that his city could not handle the influx without federal help. Adams asked Biden to send "additional resources immediately" to help with the "rapidly growing shelter population and new clients who are seeking asylum."

Texas Governor Abbot had said NYC is an ideal destination for border crossers as NYC is a "right-to-shelter" city where the homeless, regardless of citizenship, must be housed if they report to the right place within 24 hours. Abbot has also been shipping migrants to Washington, DC where its mayor Muriel Bowser tried to enlist the National Guard for help in dealing with the influx, which she was denied.

Abbot invited both Bowser and Abbot to the border to see what's causing this crisis in the first place and said, "As Governor, I invite you to visit our border region to see firsthand the dire situation that only grows more urgent with each passing day, and to meet with the local officials, who like yourselves, realize this matter deserves immediate federal action. I also ask you to join me in requesting President Biden secure the border and put an end to this disastrous crisis." Both mayors declined the invite.

Despite the complains, Adams told The Post that he would not want the Biden administration to change their border policies.

"No. As the mayor of the city of New York, I don’t weigh into immigration issues, border issues — I have to provide services for families that are here," he told The Post.

"I’m proud that this is a right-to-shelter state. And we are going to continue to do that," he said.

New York City has seen a 50 percent surge in crime since last year, with a marked increase in violent crime.