Holding up a framed photo of his mother, Eric Adams was sworn in as the new mayor of New York City shortly after midnight as part of the celebrations in Times Square. 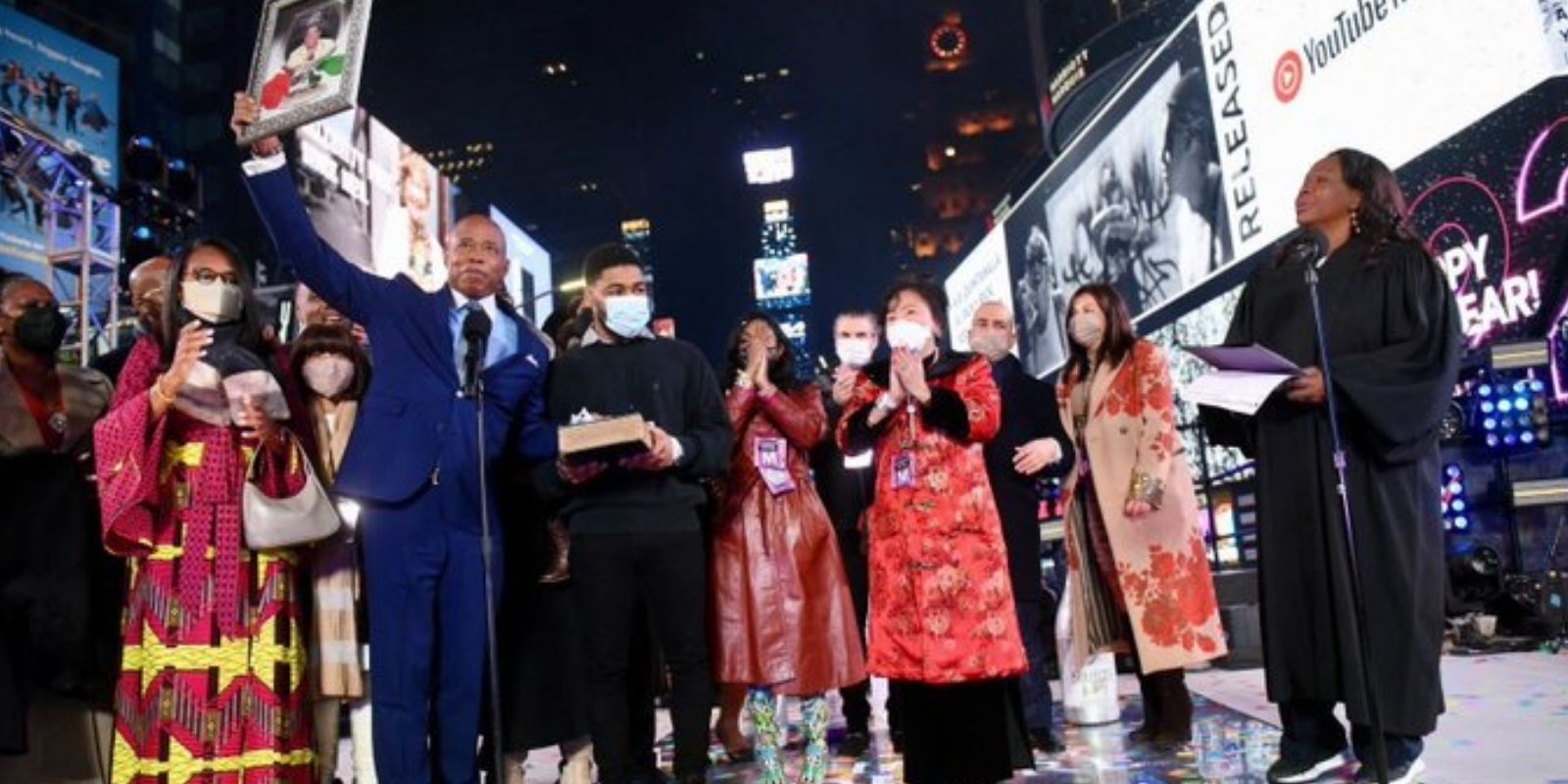 Holding up a framed photo of his mother, Eric Adams was sworn in as the new mayor of New York City shortly after midnight as part of the celebrations in Times Square.

Adams had been, up until now, serving as the Brooklyn Borough President, and is an ex-captain with the NYPD. He ran for mayor on a moderately progressive platform, but also as a key point of his campaign promised New York's citizens he will make the city safe again, after crime has been surging.

While Adams didn't have any comments or take any questions at the actual ceremony, according to Fox News, he stated earlier on Friday evening:

"It’s just great when New York shows the entire country of how we come back," he said. "We showed the entire globe what we’re made of. We’re unbelievable. This is an unbelievable city and, trust me, we’re ready for a major comeback because this is New York."

While Adams has stated that he is a staunch supporter of things like vaccine mandates, including mandates involving children, he has also pledged to keep the city's schools open, and to avoid any further lockdowns.

Adams is also famous for being willing to get on the subway to go places, something his constituents have urged him to keep doing: