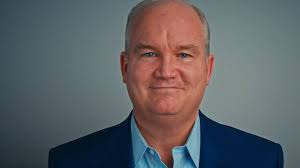 In a post on Twitter, O’Toole alerted his audience to the attack ad campaign: “Look who’s running attack ads against me—media union boss Jerry Dias.  He’s right to be worried.”

Jerry Dias is a controversial figure who did not disguise his antipathy for Scheer’s Conservatives during the 2019 election; Unifor ran an ad campaign against the Conservatives. Unifor is the union that represents thousands of Canadian journalists. Earlier this month, Dias was arrested for violating a court injunction and failing to remove vehicles that were blocking access during his role in a Regina picket line strike.

More importantly, however, O’Toole went on to pledge that if he became the prime minister of Canada, he would “cancel Trudeau’s media bailout.”

In 2019, the Liberal government vowed to spend nearly $600 million in subsidies to media outlets across Canada over five years. Speaking in defence of these subsidies, Finance Minister Bill Morneau stated that the subsidies would “protect the vital role that independent news media play in our democracy and in our communities.”

The Liberals created an “independent panel” to decide which media outlets would be eligible for government subsidies early. Eight groups, all with conflicts of interst, including Dias’ Unifor, were chosen by the Liberals to divy out the taxpayer money. The other seven groups on the “independent panel” include: News Media Canada, the Association de la presse francophone, the Quebec Community Newspaper Association, the National Ethnic Press and Media Council of Canada, the Fédération professionnelle des journalistes du Québec, Canadian Association of Journalists and the Fédération nationale des communications.

The media bailout, however, came under immediate scrutiny from the Conservative Party and the commentariat who viewed it as a threat to independent journalism.

Speaking to The Post Millennial, Erin O’Toole said, “The whole media bailout package was created because the private sector media—including small town papers and radio—couldn’t compete against the CBC after the Liberals gave them $1 billion for digital and TV.”

“Why are tax dollars paying for CBC to push local news out of the market? They are even competing for the same advertising revenue, which is crazy!” O’Toole went on to add, “The Toronto Star is already attacking me—but I have thick skin and I won’t cave.”