"When I asked Brian LoPrinzi in the initial prosecutor’s meeting I had with him, I asked him if race made a difference, if my son’s skin color made a difference in the way in which they are approaching it, and he said 'yes.'" 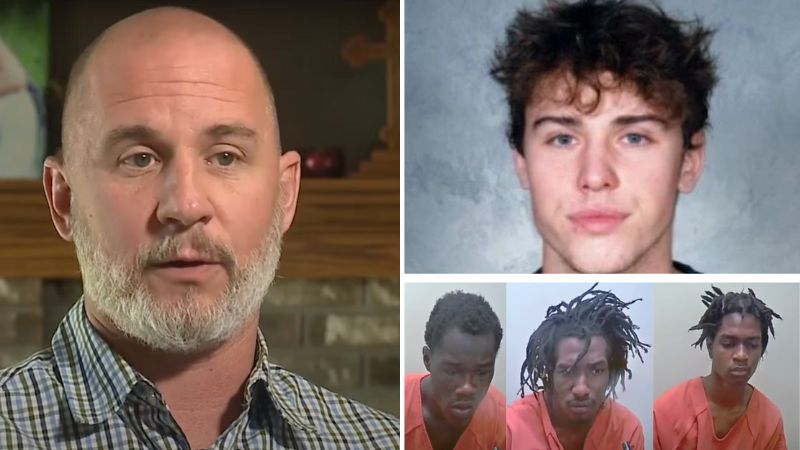 The father of 17-year-old Ethan Liming is speaking out after the three suspects who allegedly beat his son to death in Akron, Ohio on June 2 were indicted on lesser manslaughter charges for the teen's demise instead of murder.

Bill Liming told local ABC News, "When I asked Brian LoPrinzi in the initial prosecutor’s meeting I had with him, I asked him if race made a difference, if my son’s skin color made a difference in the way in which they are approaching it, and he said 'yes.'"

Brian LoPrinzi is part of the Chief Criminal Division with the Summit County Prosecutor’s Office.

"I naively believed that once the people who murdered my son were caught that the justice system would simply handle things. We’ve said all along we were confident when the facts of the case were presented that Ethan would receive justice."

"The people who have the power to stand up for my son are not doing it, so it’s up to me as a father to speak for my son who cannot speak for himself," Liming added.

Liming was found beaten to death in the parking lot of Lebron James' I Promise School according to the Akron Police Department and died from blunt force trauma to his head.

The three men who beat Liming were originally charged with murder and held on a million-dollar bond each. After the beating and while Liming was bleeding to death, the three stole his car and prevented his friends from taking Liming to the hospital.

The defendants said they felt like "they were in the right" to steal Liming's vehicle and have placed the blame for the events of the night on Liming and his friends, who they allege were driving around and dousing people with a water-bead gun.

According to the Akron Beacon Journal, chief counsel for the Summit County Prosecutor’s Office Brad Gessner, said that facts were discovered that led to the reduced charge and that information "can't be made public" and authorities have maintained that race was not a factor in the death, but Liming says he was given different information.

"I would like to believe race doesn’t play a role in this. I’m married to a Filipino woman. She’s got Black cousins. When we get together for extended family gatherings for birthdays, graduation parties for holidays, we’re a beautiful picture of what we hope to be a society," Liming said before mentioning what LoPrinzi said about race factoring in the murder.

Ethan Liming was an honor roll student and athlete who court documents say was shooting a Splatrball Water Bead Blaster at strangers with his friends as part of a TikTok challenge.

Authorities originally said that Liming, who would have been a senior at Firestone Community Learning Center in the Fall, was playing basketball on the school court with a group of at least three other males. Those reports said a fight broke out in the school parking lot and Liming was found dead at the scene around 11 pm that night.