The revelation called into question how many wanted felons are being housed in Seattle homeless facilities using taxpayer dollars. 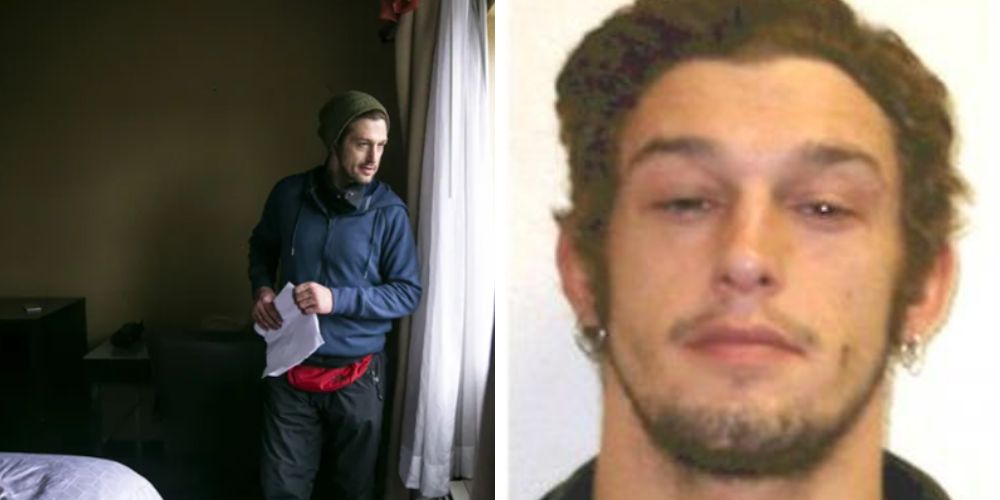 This week, the Seattle Times ran a puff piece on Kanen Walker, also known as "Gonzo," a chronically homeless individual in Seattle who has been a resident of local homeless shelters sponsored by city agencies, attempting to portray him as a sympathetic character.

The Post Millennial discovered that Walker is a wanted felon in Oregon on three felonies dating back to 2007.

A Seattle Times reporter named Scott Greenstone and a photographer have been chronicling Gonzo since last year, when he lived in the violent encampment located on the campus of Broadview Thompson K-8, a Seattle Public School.

According to the Times, Gonzo’s tents were in the "far corner of the encampment at Bitter Lake — one he sleeps in, and one he keeps his prodigious amount of belongings in. They abut a fence hung with tarps that hide them from the Broadview-Thomson playground on the other side, where just feet away, he can hear students playing at recess."

Despite the well documented violence in the encampment, the Times wrote "The Bitter Lake camp has actually been pretty calm compared with other encampments."

When the encampment was finally cleared after multiple lockdowns, break ins at the school and ongoing violence, Gonzo was offered housing by city outreach workers at a former Holiday Inn, which was turned into a homeless shelter now called the Mary Pilgrim Inn.

According to their website, the Mary Pilgrim Inn "is emergency housing, this is not a walkup shelter, nor does it offer walkup services. Rooms are available only through referral, for quick access when a person has no housing, where they can be safe and comfortable while they prepare for their next steps."

Residents are required to "abide by DESC’s good neighbor agreement."

According to the Times, "Gonzo, who was born in Marysville and has family in Moses Lake, has been homeless off and on since he was 18. He has three assaults on his record from more than 15 years ago."

Greenstone failed to mention that in Lincoln County, Oregon, Walker is a wanted fugitive, and has three felony warrants dating back to April of 2007 for Assault-IV, Reckless Endangering & Selling Marijuana. According to the Lincoln County Sheriff, Walker would need to return to Oregon to be arrested.

In his reporting, Greenstone omitted the warrants but did mention Walker's criminal record and even mentioned Walker's birthday which matched the record in Lincoln County.

According to the Times, "Gonzo is a powder keg of righteous fury, rising in just seconds to such volatility that sometimes he has to ride away on his bike. He speaks boldly of violence for anyone who steals from him, but he is generous with his friends."

The outlet described the intake process for new residents which included giving out "baggies" containing drug paraphernalia called "harm reduction kits" which included "needles and straps." According to the Times, "Over the next few months a tremendous amount of methamphetamine and fentanyl will circulate through this hotel, killing two residents."

Gonzo, with a history of committing assaults, was dumped into an environment described by The Times as having high rates of assault.

"Rates of assault on the staff at the nonprofit’s shelters are high, and have risen since the pandemic tightened access to crisis mental health beds. The last quarter of 2021 had 56 assaults on staff, up from 39 the quarter before," The Times reported.

Gonzo was eventually kicked out, with Downtown Emergency Service Center’s housing director Noah Fay saying that there was likely an "acute safety issue" resulting in Gonzo being removed.

Seattle has funded multiple "low-barrier" encampments, tiny home villages and shelters. Low-barrier refers to low-barrier to entry, meaning background checks are not performed and residents can bring drugs and weapons inside with them.

The revelation called into question how many wanted felons are being housed in Seattle homeless facilities using taxpayer dollars.

As of publishing, Greenstone, the Seattle Mayor's office, The Department of Emergency Services and the King County Regional Homeless Authority did not return request for comment.