The Klacik campaign released an election ad this morning that has nearly 5 million views. Meanwhile, the DNC's virtual convention, featuring Michelle Obama's keynote, was a disaster. 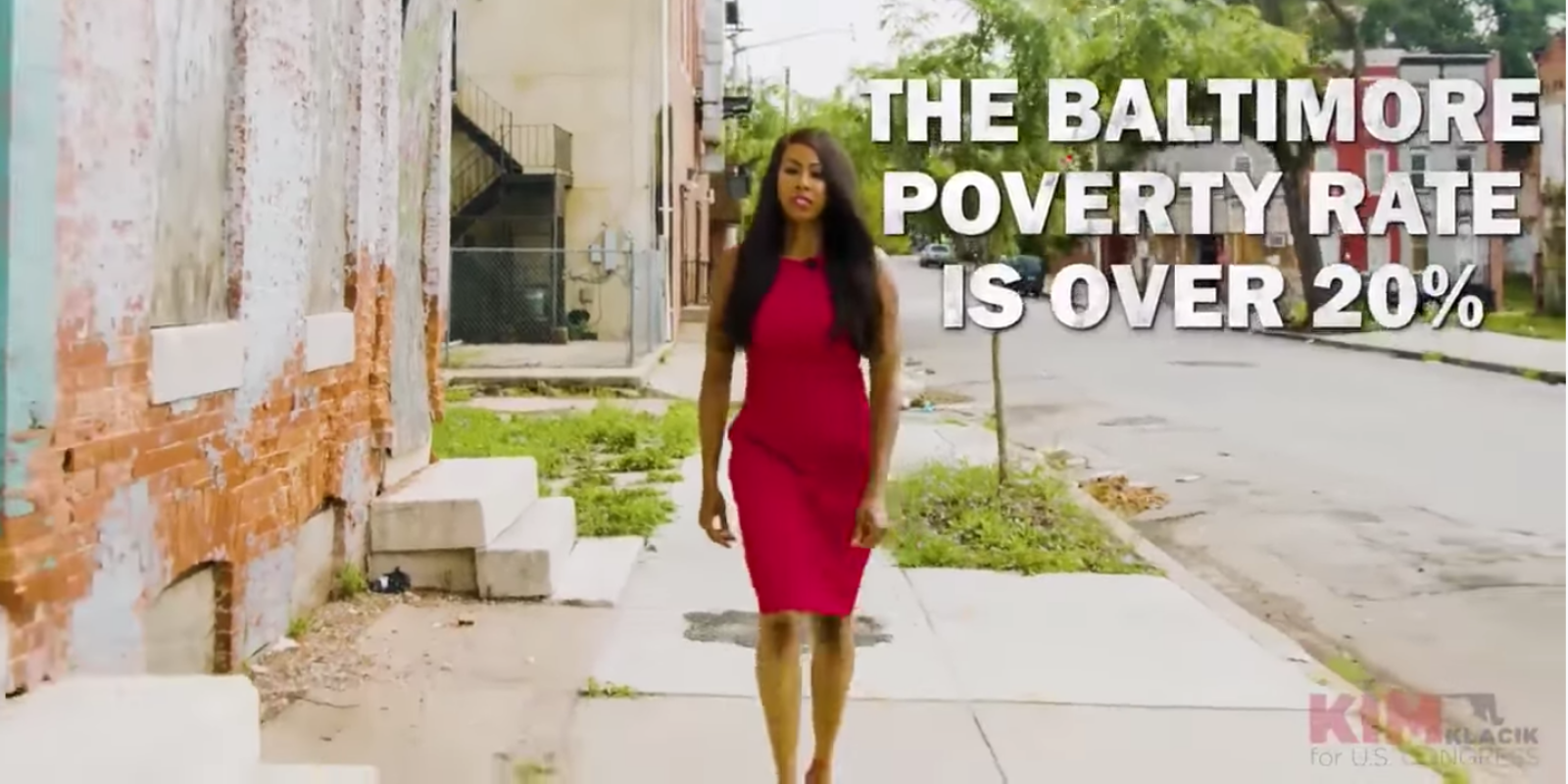 The Kimberly Klacik campaign released an election ad this morning that has nearly 5 million views at time of writing. Meanwhile, the DNC's virtual convention, featuring Michelle Obama's keynote, was a disaster.

Klacik is running to represent Maryland's 7th district in the House of Representatives, and she's doing it on a pro-Trump, anti-squad platform, constituent based-platform. She bucks the narrative that the Democrat party machine is the best way forward for black voters at large, or that they are the ones most capable of serving the needs of her district.

In her campaign ad, she goes where few other politicians are willing to go—to the streets of her district, talking to the people who live there, discussing the kind of representation they need, and the failure of government to take them into account.

Klacik asks voters to reconsider their allegiance to the Democrat ticket, and her video denies that black voters are a monolithic block in favour of defunding the police.

The Post Millennial spoke to Klacik in an exclusive interview, and we asked her about her viral campaign video.

"We definitely were not expecting it," she said, "we were kind of in shock in a way, because we thought it would do okay, but not to this extent."

When asked about the progressive ideology that is being spoon-fed to the American people, she said that it is not effective for the people of her community, and that those are ideas are not even about their needs.

"There's alot going on," she said, "and sometimes I think we play politics a little too much. And especially in the Baltimore region, I think we could be doing so much better for our neighbours. Put politics a little bit aside, but also think about what's best for the people."

"The more I've been out there," she said, "there have been many people who say 'we want a change but we never see an option.' And this is something that I brought back to the Maryland GOP, and I said when I talk to people they say 'y'know I would consider voting Republican, but you're the first Republican I've ever met.' And I think for us as Republicans we are so quick to write-off some of these areas because they always vote heavily Democrat, but I think just getting in there and talking to people and helping them understand."

"I tell people all the time," Klacik said, "you've got alot of federal funds coming into this area and there's alot of people that leverage the urban struggle each year to get even more federal funds, and it never makes it to the ground. And so when I start explaining these things to people they're like, 'y'know what? You're right. Where is this money going?' And I think some people are starting to wake up and say 'wow, this is what we've been looking for."

Klacik notes that much of the reason black voters in her district have consistently voted Democrat is because they haven't seen other options. No one else has been out there seeking their vote or trying to address their concerns and needs.

When asked about the anti-racism messages of Robin DiAngelo and Ibram Kendi, and whether the push of that ideology into lower grades will lead to equality, as it purports its intention to be, Klacik was candid.

"Honestly," she said, "alot of this is just the narrative and the talking points that they want to portray and push. I say all the time, if you look at a city like Baltimore, we've had nothing but black leadership for decades. So if it's really racism, who is being racist against the people in Baltimore? Everybody in charge is black.

"The State's attorneys have been black, the mayors have been black, everybody's black, city council's black. I know they push this whole racism thing, and they say 'it's in the system, it's systematically racist.' Well if that's the case, why have the black leaders left it racist? If you've had black people in office for 40 years, why on earth haven't they changed it?"

She said that there are things that happen that would qualify as racist, such as predatory lending practices, and redlining. "But if you've got black people at the helm, and they're the ones that can stop all of this, why don't they?"

Klacik blames the corruption inherent in politics for the reason why Baltimore's black leaders have continued to cry racism while not addresses the needs of the city or its citizens.

As a Republican who is not beholden to the Democrat party system, Klacik said she is not afraid to "open the books" and look at where the money that has been funneled into Baltimore has gone. She wants to find out what happened to it, and why it hasn't improved things for her district. Klacik said she would open a "Pandora's Box, and that is the last thing they want."

"For so many decades, you've got people protecting their friends. When I ran for the seat, even in the primary, I ran against seven other Republicans, and they said 'what are you doing?'" The party expected her to start at the bottom and work her way up, but like Trump, she noted, she's not going to do that. She doesn't feel the need to play the game of political cronyism.

She said that the Democratic party machine is just churning out the same type of policies because it's expedient for the people in power. She doesn't think hard work, individualism, or personal responsibility are white supremacist. She knows that that there's a different way forward, because she has seen it and helped others achieve it.

Her non-profit, Potential Me, addresses those issues through workforce development. Potential Me has helped more than over 200 women become gainfully employed, 30 percent of whom have gone on to achieve financial independence.

"When you become financially independent," she said, "it's totally different. You don't have to rely on something else. And these women were like 'y'know what? This feels so much better, I actually feel free now.'"

Many of them told her that after getting to a place in their lives where they could pay their own bills, have their bank account, can take care of their children, they felt good about being able to take personal responsibility for their own lives.

"That's where we should be focused," she said. "I don't know why we're so focused on race or colour, these things are just such a distraction."

Her campaign was hindered by Covid when her volunteers couldn't go door to door to advocate for her candidacy. But Klacik looks at the lockdown, at the other countries and the way they handled it, and she questions why we were quarantining healthy people, noting that this is not typically the way contagious disease is controlled. Additionally, she has concerns about a supply chain for PPE that is dominated by imports.

"We had the second largest port in the entire country," she said of Baltimore, "why aren't we bringing that billion dollar medical equipment industry back through Baltimore? We could employ some of these people, and be prepared for any pandemic."

Her worry is over the children of the Baltimore area, many of whom did not have the broadband or tech needed to fulfill the learning requirements this past spring. Virtual learning, she said, "disenfranchises the low income students that can't actually do it. And those are the people who need the education the most to go on and do bigger and better things."

Maryland, she said, could look to the private schools, including Catholic schools, many of which have come up with reopening plans to get kids back in the classroom.

"I don't think people have been working as hard as they possibly could," she said, "and that's one of the problems I have with government. Hopefully I can change that once in office, and show them the kind of work ethic we need to do better."