Seattle has agreed to "refrain from taking any action before the Hearing in furtherance of separating Plaintiffs from employment," according to court documents obtained by The Post Millennial. 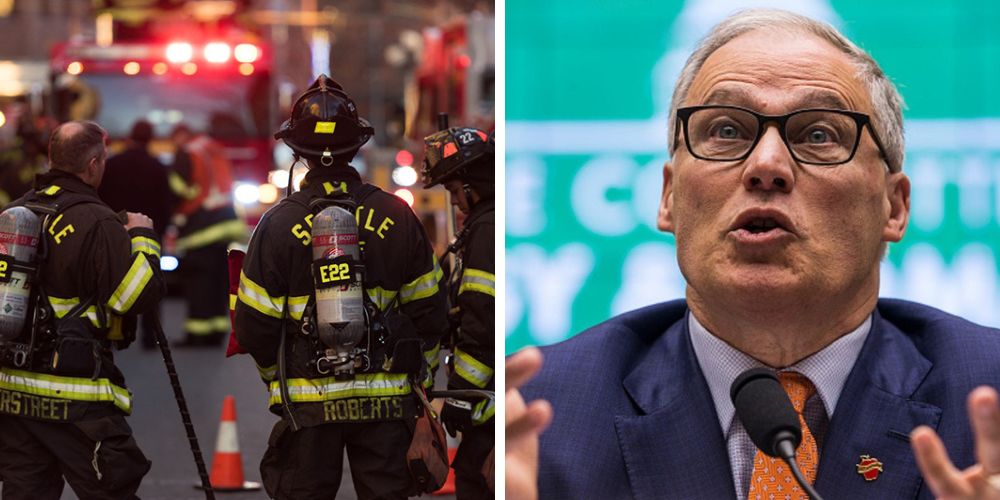 Ari Hoffman Seattle WA
Sep 14, 2022 minute read
ADVERTISEMENT
ADVERTISEMENT
The city of Seattle and the Seattle Fire Department have agreed to temporarily not terminate firefighters who refuse to comply with the mayor’s vaccine mandate, at least until a hearing on the matter in October.

According to court documents obtained by The Post Millennial, “Defendants agree to refrain from taking any action before the Hearing in furtherance of separating Plaintiffs from employment with the City of Seattle, including holding Loudermill hearings.”

A “Loudermill” hearing must be held prior to removing or imposing severe discipline on a public sector employee. 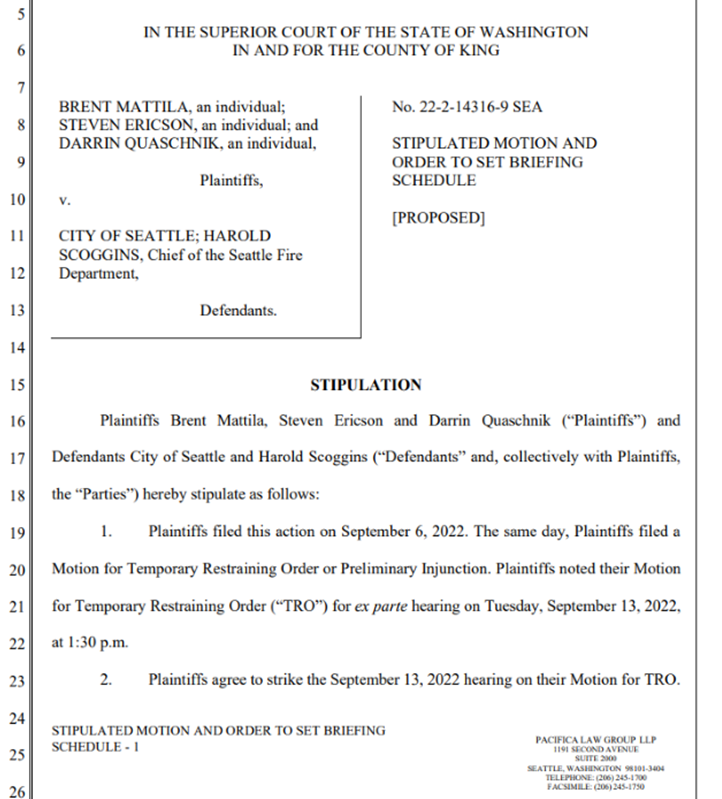 Last week, The Post Millennial broke the story that a lawsuit had been filed on behalf of a group of Seattle firefighters facing imminent termination due to their refusal to comply with the city’s vaccine mandate. The plaintiffs were seeking injunctive relief and a temporary restraining order against the city and Fire Chief Harold Scoggins to prevent any more members of the department from being terminated because of the policy.

The day after the suit was filed, Washington state Democrat Governor Jay Inslee sent out notice of a press conference held the following day where he announced that after over 920 days of emergency powers he would finally allow them to lapse on Oct. 31.

As part of the announcement, Inslee stated that educators, first responders, and medical workers would no longer be required to comply with the Covid vaccine mandate. However, other state employees are still required to receive the vaccine as a condition of employment, but not boosters as those would be encouraged via an incentive program.

Cities across the state replicated Inslee’s mandate for city employees and many still remain in place including in Seattle. As a result, staffing shortages have plagued schools, police, fire, and EMS departments, as well as medical facilities and other government agencies following the terminations of employees who failed to comply with Inslee’s mandate.

As of July, there are "more than 110 vacant positions for uniformed SFD members" in the department, and the shortfall is expected to last "12-18 months" at minimum. The SFD staffing crisis, which also followed vaccine mandates, is so dire that one whistleblower said, "someone is going to get killed," and is worried the city will not take action to solve the problem, even if the victim is a Seattle firefighter.

The plaintiffs are three Seattle firefighters facing imminent termination after having been denied a religous exemption from the vaccine mandate. This despite the city having "acknowledged each of their sincerely held religious beliefs preventing them from receiving vaccination against COVID-19." They were still denied accommodations for their exemptions and "all face imminent termination" despite "the most recent Center for Disease Control (CDC) Guidance, and the City’s recently changed policy reflecting that guidance."

The documents filed last week also stated that "based upon whistleblower reports, the Department had no intention of accommodating religious objectors in any event."

The plaintiffs submitted religious exemptions and according to the documents the department found that "each of the Plaintiffs’ requests for religious exemptions was based on a sincerely held religious belief," as stipulated by the mandate, yet "claimed that it was unable to offer accommodations, asserting an undue burden because the unvaccinated posed a health risk to others."

Since that time, the plaintiffs noted in the documents that the "CDC has acknowledged that the mandated vaccine does not stop infection or transmission of the virus," and "has also changed course and acknowledged natural immunity." The documents included an email from the city that "acknowledged that the vaccines do not stop transmission" on August 31, 2022, which "echoing the latest CDC Guidance, and making no distinction between vaccinated and unvaccinated individuals." Additionally, the department cannot claim that "its policy has been successful in stemming COVID-19."

According to the court documents, "Wholly independent from the lack of scientific basis to continue its arbitrary and capricious policy, it is now apparent that the Fire Department, and the City of Seattle at large, never intended to accommodate any firefighters found to have sincerely held religious beliefs."