EXCLUSIVE: Seattle firefighters victims of over 40 'violent and dangerous' attacks and assaults since April

"Due to underreporting, the actual number of assaults is likely much higher, because the men and women of our fire department are accustomed to facing and mitigating harmful and deadly hazards." 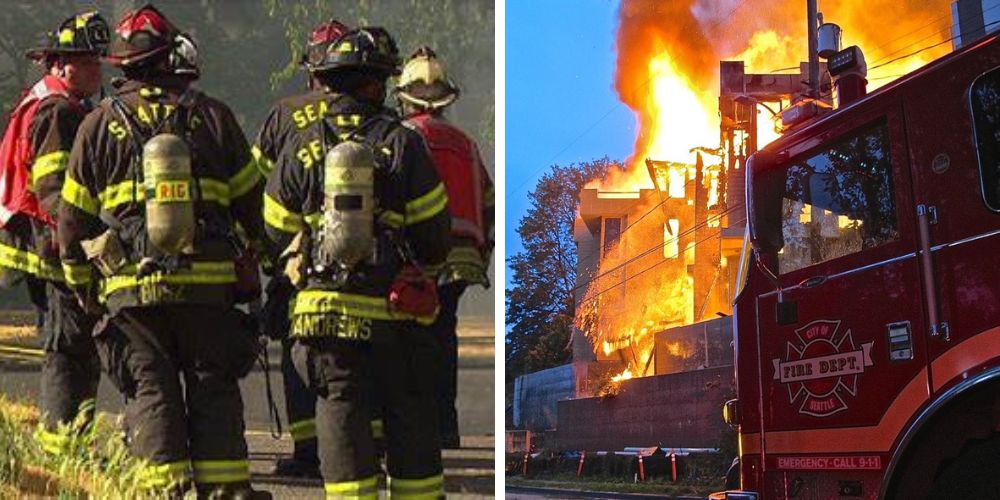 Seattle firefighters have increasingly become the "victims of violent and dangerous" attacks, according to documents obtained by The Post Millennial.

Over 40 attacks and assaults on Seattle Fire Fighters have been reported since April 2022. Their union is now taking their concerns directly to city officials about "the impact that this hostility is having on fire fighter safety and the critical services" they provide.

Stuart described several recent incidents that highlighted the additional danger the firefighters now face thanks to spiking crime in the city.

"Last Monday, July 18th, a Seattle Fire Fighter working on SFD Engine 10 responding to an [homeless] encampment fire at 10 Avenue S. and Dearborn St. was hit by a large rock thrown by an assailant while extinguishing the fire. This fire fighter will recover from this injury, but it is one more unsettling near-miss in [an] all too dangerous environment."

In another incident on June 3rd during an Aid Response, "Engine 30 experienced their patient pulling a knife on them. The patient stated that they were going to kill the firefighters and then began chasing them with the knife. They retreated to the engine and the person climbed on top of the engine before eventually being detained."

As has become common in Seattle, the dangerous offender was released. According to Stuart, "Unfortunately, this attacker is now back on the streets around Pioneer Square and has already approached members of this crew and other Seattle Fire Fighters working in the area."

Stuart said in the letter that "More than 40 attacks and assaults on Seattle Fire Fighters have been reported just since April 2022. Due to underreporting, the actual number of assaults is likely much higher, because the men and women of our fire department are accustomed to facing and mitigating harmful and deadly hazards."

"We battle structure fires, vehicle fires, explosions, electrical hazards, chemical hazards, structural collapse, and infectious diseases, but we have been slow to recognize that intentional physical violence against fire fighters is unacceptable. It is not the same as a burning building or a car wreck. Seattle Fire Fighters are not trained or empowered to mitigate violent individuals, and it is not conducive to our mission."

Stuart then called on city officials to address the violence. "This hazard, this violence, must be proactively mitigated through policies and actions of our elected officials, law enforcement, and leaders within the SFD."

The Seattle City Council repeatedly defunded the already short-staffed Seattle Police Department following the riots that rocked the city in the wake of George Floyd's death in May of 2020. This was then exacerbated by Washington Democrat governor Jay Inslee's vaccine mandate for state workers that was replicated by cities across the state. A spike in shootings and other violent crimes followed.

"In the coming days I hope that the members of this city council and other city officials act to ensure that our fire fighters and all Seattle city employees are safe from physical attacks while doing their jobs," Stuart added. "This is a disturbing trend, and we are calling it to the attention of all of our elected leaders so that it can be addressed before there is a tragedy in our city involving an attack on public employees."

Two days after the letter was sent, Seattle City Council President Deborah Juarez replied but offered little in the way of assistance.

Juarez wrote in the letter obtained by The Post Millennial, "I was upset and heartbroken to learn from your letter that there have been more than 40 attacks and assaults since April 2022. In particular, I would like to acknowledge the threats faced by the brave fire fighters of Engine 10 and Engine 30. I want them – and the nearly 1,000 members of Local 27 – to know that I appreciate your service, I hear your concerns, and I stand ready to help."

Rather than offer "help" or solutions Juarez offered platitudes. "Ever since the original volunteer fire fighters of 1886 joined the City family, Seattle Fire Fighters have exemplified our best motivations as public servants: to love and support our neighbors."

"From the Great Seattle Fire of 1889, to the global pandemic we face today, Seattle’s indispensable and heroic fire fighters have run toward the troubles that the rest of us flee. Men and women who put their lives on-the-line to help Seattle residents on their worst days should receive [the] public’s gratitude, not abuse."

"As Seattle City Council President, I welcome and embrace new opportunities to partner with my colleagues on City Council, and in the Mayor’s Office, to mitigate these intolerable threats to Seattle Fire Fighter health and safety."

First-term Seattle City Council Member Sara Nelson, who was elected on a wave of voter sentiment against the council’s radicalism, also replied to the union in a letter obtained by The Post Millennial.

"Kenny, thank you for bringing this disturbing trend to our attention. 40 reported attacks and assaults on firefighters is a surprisingly high number, making me think at least some of them may be targeted. Regardless, this is yet another reason why we need an adequately staffed police department. If there are other ways Council can support your members, please let me know. Also, please extend my commitment to firefighter safety to the men and women at Local 27 who are keeping us safe."

In addition to the violence Seattle fire fighters face, they are also dangerously short-staffed. The SFD staffing crisis, which also followed vaccine mandates, is so dire that one whistleblower said, "someone is going to get killed," and is worried the city will not take action to solve the problem, even if the victim is a Seattle firefighter.

According to internal documents obtained by The Post Millennial, as of July, there are "more than 110 vacant positions for uniformed SFD members" in the department, and the shortfall is expected to last "12-18 months" at minimum.